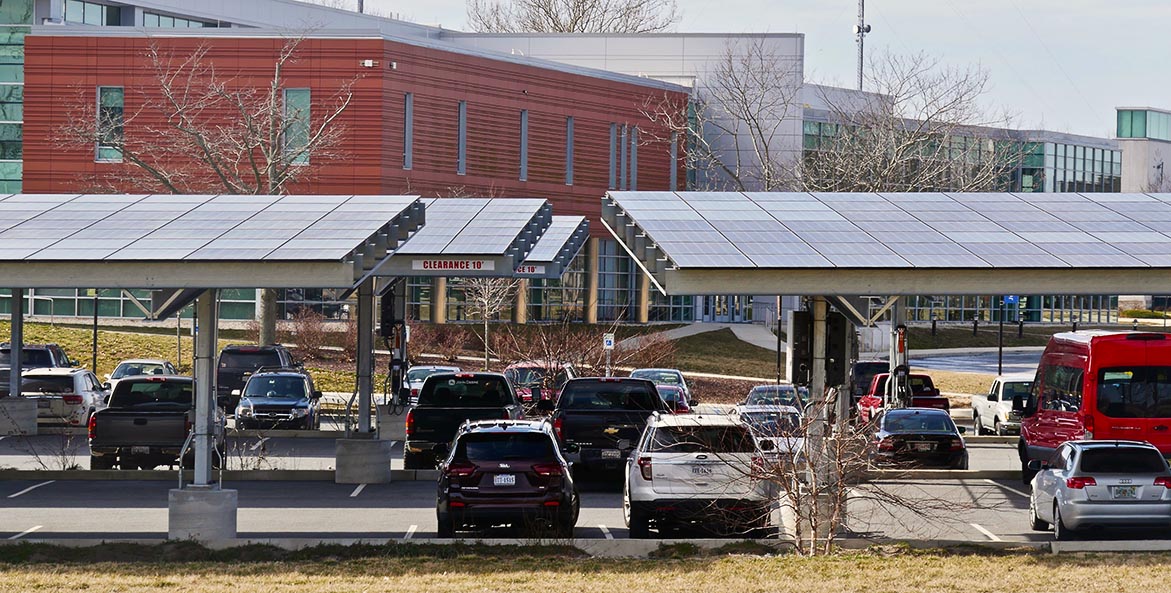 Solar power is coming to the Chesapeake Bay watershed, and it is past time to prepare.

Maryland, Pennsylvania and Virginia are projected to collectively add more than 6,200 megawatts of solar power over the next five years, tripling current generation capacity, according to the Solar Energy Industries Association. Each of these states, which cover the majority of the Bay watershed's land area, have passed renewable power legislation for achieving certain percentages of renewable or carbon-free energy by 2030, 2045 and 2050.

With climate change action listed as a top priority of the incoming Biden administration, these trends will likely gain even more momentum.

This is clearly good news. Solar power will be essential to move the United States toward a zero-carbon future, as the nation and the world must do to reduce the extent and impacts of climate change. Cutting emissions also reduces harmful air pollution that contributes nearly one-third of the nitrogen that pollutes local streams, rivers and the Chesapeake.

Because the production of power from solar sources requires a substantial dedication of space—roughly five to 10 acres per megawatt produced—where and how we create this important clean energy must be crucial elements of any decision-making concerning its development.

Clearing forests, wetlands, or prime farmland for solar farms can degrade wildlife habitat and diminish the land's ability to naturally filter and clean water, adding more pollution to rivers and streams. Such actions can also undermine the effort to fight climate change. Forests and wetlands capture and store carbon in their own right, and they provide important buffers against extreme weather.

On the other hand, solar facilities that make use of degraded or developed land, such as warehouse roofs, marginal farmland, or landfills and other land uses, can both protect waterways and achieve clean energy goals.

To help safeguard water quality and other ecosystem services, the Chesapeake Bay Foundation recently published a guide of best practices for solar development. Among the most urgent is forward planning.

States and local governments should prepare for solar now by conducting detailed siting studies prior to development, taking into account sensitive or natural resources as well as the proximity of power grids and transmission facilities that could accept the produced power. The value of these studies is not to definitively assign where solar projects must go, but rather to rule out areas that would be inappropriate for development and provide a snapshot of what's possible. The resulting maps can then provide guidance to developers and inform permit and land use approval decisions.

In states where Public Utility, Public Service, or State Corporation Commissions (PUCs, PSCs, or SCCs) have authority for permitting solar facilities, the commissions should undertake this work. In states where local governments or regional planning agencies have primary planning authority, or the authority to accept or reject the placement of solar facilities, the same kind of work should be done at the local level.

To date, these types of studies have not been broadly conducted, though the recent Baltimore County pilot study conducted by the Chesapeake Conservancy is a good example of one. Nonetheless, in the Bay watershed, we are blessed with excellent, satellite-based land cover maps of all 64,000 square miles, at the scale of one square meter. By next year, satellite-based Lidar (light detection and ranging) mapping will begin to spread watershedwide, allowing even higher accuracy concerning topography; the location of streams and buffers; tree canopy; impervious surfaces; and other land cover. In combination, this rich data set will provide states and localities with access to vast and detailed information about their land, which can be used to help determine areas where solar arrays should preferentially be located or avoided.

The urgency of climate change and the need to meet renewable energy goals set by Bay states mean it is not a matter of if solar development happens, but how. Investing in the planning process now will help ensure Bay jurisdictions realize the promise of solar power, while protecting the natural systems and communities that are at the beating heart of achieving a stable climate.