Brood X Is Here, and We Have Questions 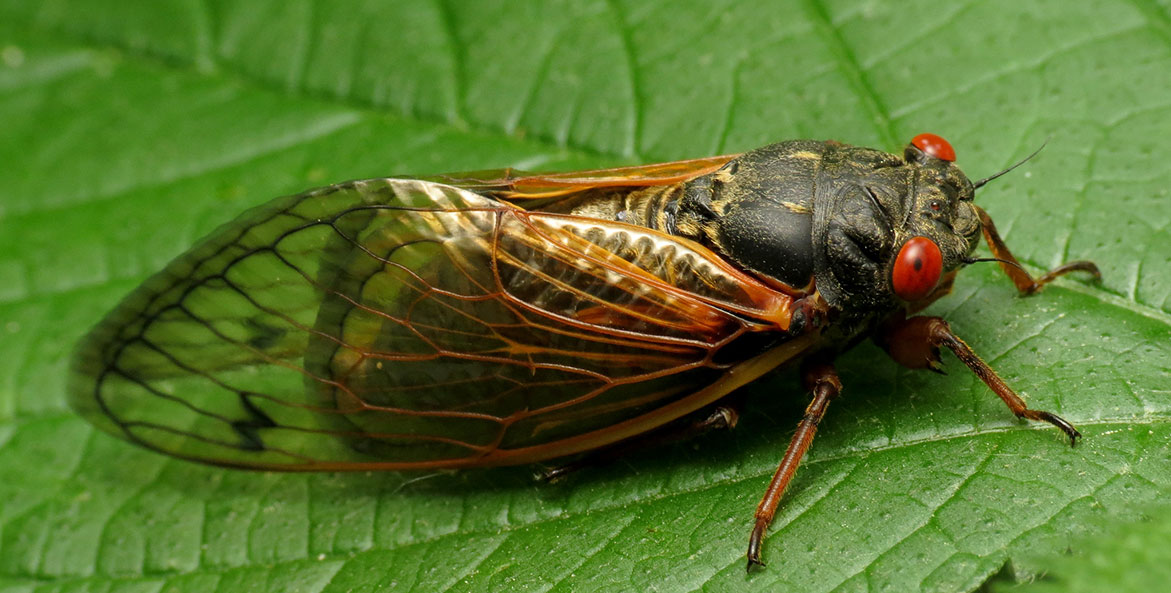 As the cicadas emerge, so too do countless questions. Here are nine cicada curiosities you always wondered about, now answered.

Brood X are hatching along the East Coast and residents in many states are already experiencing the loud, buzzing drone that accompanies the emergence of these cicadas—along with what seem to be endless exoskeletons clinging to trees. As we weather (and marvel at) the latest appearance of these 17-year invertebrates, we’re tackling nine burning questions about this summer’s noisy neighbors:

1. Why is this group called Brood X?

There are more than 3,000 species of cicadas around the world (they live everywhere except Antarctica), and they are grouped into two categories: annual and periodical. Annual cicadas typically live for two to five years and their brood cycles overlap, so every summer, some cicadas will emerge. Periodical cicadas, however, emerge as an entire brood every 13 to 17 years.

Periodical cicadas are grouped into 15 brood cycles, each denoted with a Roman numeral so that their cycles can be tracked more easily. Want to know where and when the next periodical cicadas will emerge? You can find out here.

Periodical cicadas, like Brood X, are only above ground for four to six weeks. Just enough time to molt, mate, fertilize or lay eggs, and then die.

3. Why are they popping up in some areas but not in others? Do human activities play a part?

Cicada biology is entirely based on population density, so it seems strange to see them in some places but not in others. Despite their biological strategy, cicadas don’t travel very far. If resources, specifically trees, are removed from a cicada population’s territory and there isn’t another cicada population nearby (meaning less than a mile away), they will die off.

While deforestation is a major threat to cicadas, they also tend to be less populous where there is regular development or agriculture because of the regular soil disruption. If cicada nymphs have nowhere to burrow, they die.

Thanks to Brood X appearing every 17 years like clockwork, we are able to track when they will appear. But why 17 years? And how do these cicadas know that 17 years have passed? Scientists aren’t sure, but recent studies show that different species of cicadas developed their cycles through millennia of evolution, primarily to avoid predators, and that it has altered their DNA. Many scientists also speculate that cicadas have an “internal molecular clock that notes the passage of years through environmental cues” to tell them when 17 years have passed and that it is time to return to the surface.

5. Will climate change play a role in future appearances?

Undoubtedly. Cicada broods emerge when the soil reaches 64 degrees Fahrenheit so warmer springs mean earlier appearances. In fact, a 17-year species in the upper Mississippi Valley, after experiencing a steadily warming climate that cause them to appear four years early for successive generations, eventually became a 13-year brood.

6. Can I get rid of them with pesticides?

There’s no reason to use pesticides to prevent cicadas. Cicadas are not dangerous to people, animals, or structures. Additionally, using pesticides as a prevention method means that there will be pesticide-soaked cicadas on the ground for animals (like your dog or cat) to eat. Definitely a situation to avoid.

Female cicadas may damage young broadleaf trees and shrubs when they lay eggs, but you can skip the pesticides and instead wrap the trees or shrubs with a fine mesh to protect them.

Depending on who you ask, cicadas taste a lot like canned asparagus or a crispy, salty-ish snack. But you can always confirm that yourself by checking out places that are selling cicada treats or trying your hand at cooking them yourself.

Many of us are familiar with the loud, buzzing drone that occurs when a group of cicadas collect in one place. The drone comes from amorous males rapidly vibrating their tymbals—drum-like membranes near the base of their abdomen—to communicate with each other, attract mates, or express alarm. In a large enough group, males of Brood X can create a drone as high as 100 decibels. That’s similar to a motorcycle, an approaching subway train, or sporting event. It’s certainly more than most city noise limits.

The world’s loudest cicada is the Brevisana brevis, found in Africa, that can reach 106.7 decibels—similar to a loud nightclub or rock concert—when measured from 20 inches away. North American cicadas are no slouch either: Megatibicen pronotalis walker can achieve 105.9 decibels. It’s no surprise then that citizens in Georgia have confused the drone of Brood X for “alarms” going off.

It’s a popular misconception, but periodical cicadas don’t hibernate in the 13 to 17 years that they spend underground. Shortly after a wingless cicada nymph hatches from its egg, it burrows underground and spend its formative years burrowing tunnels and feeding on tree sap. When it comes time to appear above ground, the nymph will surface, molt, mate, fertilize or lay eggs, and then die—all within four to six weeks.