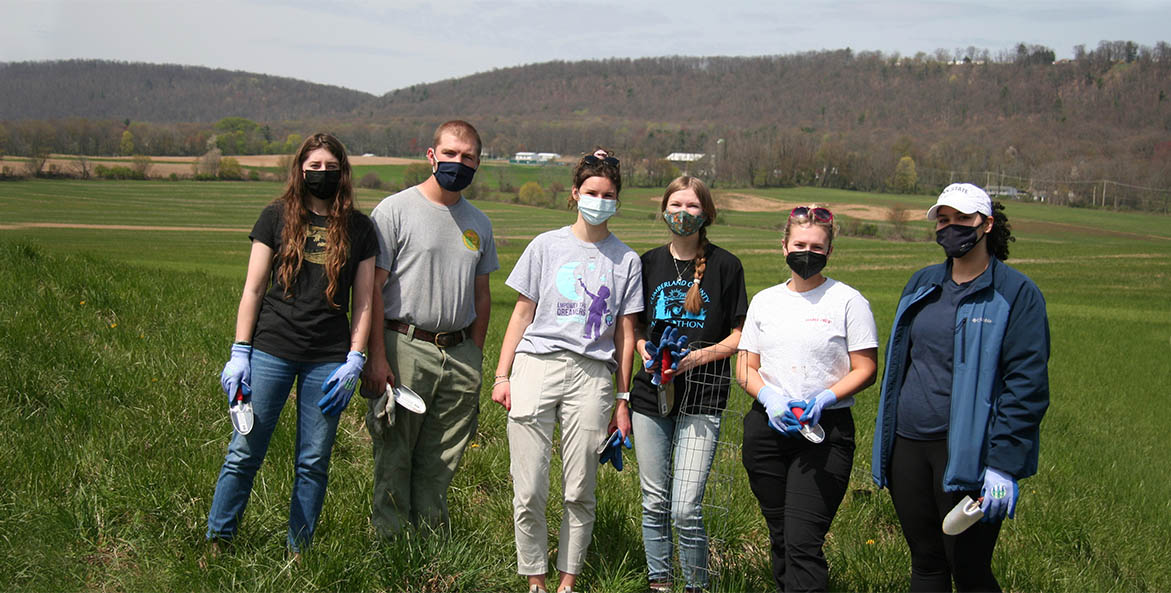 "We wanted to create a club that got students outside, gave them some professional development experience, as well as exposure to different careers in the outdoor field," says Penn State Sophomore Anne Puchalsky. She is a Cumberland Valley High School grad with a wildlife and fisheries science major with a forestry minor. "We wanted to create the club to get like-minded people involved and also working to save the Chesapeake Bay."

The club was founded in 2020 during Puchalsky's freshman year at the university. She is president and co-founder with fellow CBF Student Leadership Council alumni Emily Stambaugh, Isaac Nulton, and Anna Pauletta.

"We wanted to get students outside into their watershed and focus on issues with water quality at the local level," Puchalsky said. "We have a Bay focus, but a lot of our students that are from Pennsylvania don't necessarily live in the Bay watershed, so it's focusing on environmental issues around Penn State and in local watersheds and what they can do to help."

The club has a list of 25 members, and meetings have been online since the university shut down club activities because of the COVID-19 pandemic.

Their first activity was planting 100 trees at Tri-Municipal Park in Centre Hall, about 10 miles east of the university on April 24. Six members, including Puchalsky and Pauletta appreciated the opportunity to get together outside.

To make it happen, Puchalsky leaned on her CBF experience. "We learned discipline, and how to run meetings and plan events," she said. "I think planning our own student action programs also really helped when it came to college-level classes." 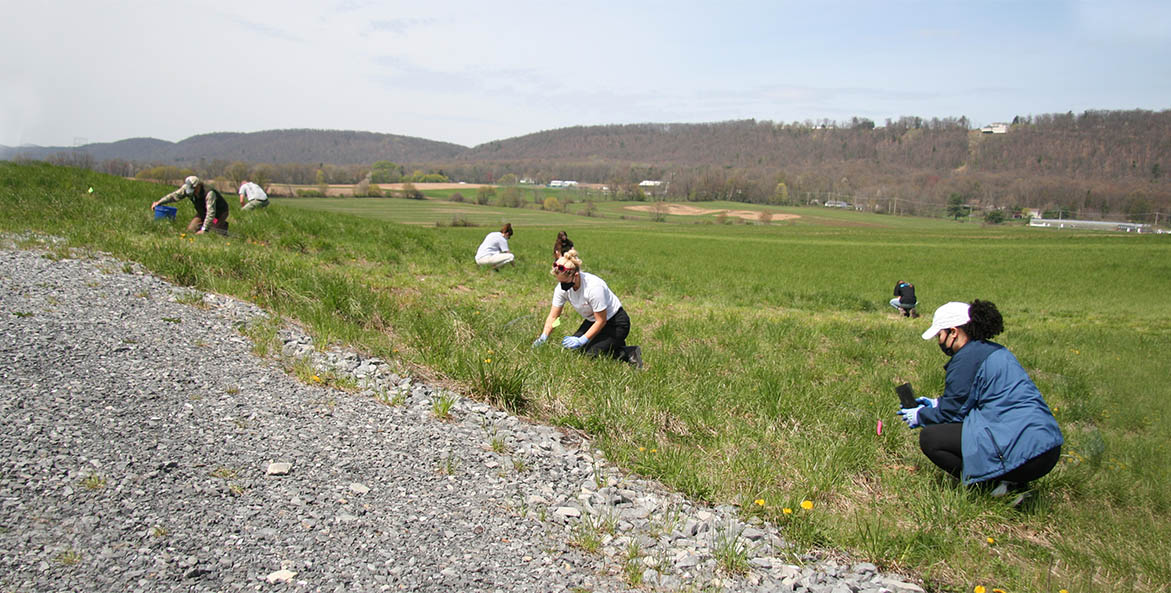 While collegians Puchalsky and Pauletta, a senior, were planting trees at Centre Hall, current CBF student leader Lauren Braught was conducting a tree planting 80 miles to the south.

Braught, a high school senior, was leading the planting of 100 trees at a Girl Scout camp in Halifax.

The event kicked off the Girl Scouts in the Heart of Pennsylvania's portion of a nationwide campaign to plant five million trees in the next five years.

It was also the day a new tree-focused fun patch was unveiled and available for all Girl Scouts in the Chesapeake Bay watershed.

The day also happened to be the third anniversary of the Keystone 10 Million Trees Partnership, coordinated by CBF. The partnership provided the trees and supplies for both plantings.

Two years earlier, almost to the day, Puchalsky, Pauletta, and Braught shared another historic moment. On April 23, 2019, they and other CBF student leaders stood behind Pennsylvania Governor Tom Wolf as he signed a bill designating the Eastern hellbender as the Commonwealth's official state amphibian.

For two years, CBF Student Leadership Council members spearheaded the campaign to recognize the Eastern hellbender and create greater awareness of the critical need to reduce pollution in Pennsylvania's rivers and streams. They studied hellbenders extensively, installed nesting boxes in several Pennsylvania streams, met with legislators, and wrote the first draft of the bill that was signed.

As of October 2020, the club at Penn State is considered an official affiliate of the CBF Student Leadership Program. "Through this affiliation, the PSU Chesapeake Bay Club will be able to schedule annual environmental education field experiences with CBF and have the opportunity to build connections to regional watershed conservation partners to support restoration efforts," said Kassie Fenn, CBF's Student Leadership and Education Manager in Pennsylvania. "The Penn State students will also be supported by CBF Student Leadership when advocating for clean water, either at the state or federal level."

At Penn State, members of the new club would also like to participate in stream cleanups, small stream restoration projects, and volunteer and help with trail maintenance at parks around State College.

"We want to do similar kinds of things that the student leadership program did for us. Engaging other students and educating them about the Bay," President Puchalsky added. "Providing a space for students to grow their communications skills as well. And have a professional advancement for students. Empowering students that have similar interest to work together to make changes."