A Tree Grows in Dairy Land

Trees are among the most cost-effective methods for filtering and absorbing harmful water pollution from farms. Fiddle Creek Dairy is putting them out to pasture.

Lancaster County farmer Tim Sauder's "Aha" moment sprang from a little patch of grass under a black walnut tree along the driveway by his house.

The best grass on the dairy farm, especially in summer when pastureland is typically brown, hot, and dry, was under that tree. "A little bit of shade helps those grasses to really thrive," Sauder said. "That is what the cows really like."

So, Fiddle Creek Dairy became the first of five farms to plant trees as part of a three-year study about silvopasture—the deliberate integration of trees and grazing livestock operations on the same land—in partnership with CBF, Trees for Graziers, and Crow and Berry Land Management.

Trees are among the most cost-effective methods for filtering and absorbing harmful polluted runoff, especially from agriculture. Silvopasture trees at Fiddle Creek Dairy are helping to protect the unnamed tributary of Big Beaver Creek that runs through the farm. 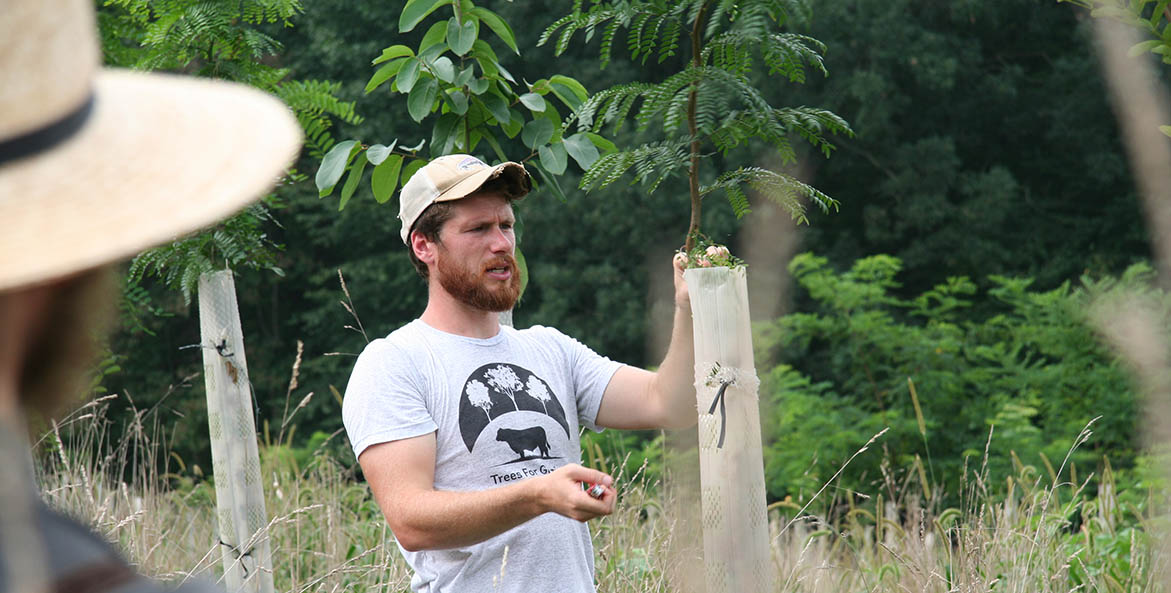 "We are hoping to show and, so far, we are looking pretty good, that you can get a tree established in the middle of an open pasture," project partner Austin Unruh added. He owns Trees for Graziers and has worked directly with farmers to get trees planted. "You don't have to take that land out of production," Unruh said. "In an actively grazed pasture, you can get a tree established for relatively low cost."

The collaborative effort to find the best ways to implement the practice of silvopasture is supported by a three-year grant from the Northeast Sustainable Agriculture Research and Education Program under the National Institute of Food and Agriculture, U.S. Department of Agriculture.

When planted and mature in a pasture, trees can enhance herd health by offering shade, shelter, better quality grazing, and reduced stress on livestock, especially during summer's relentless heat.

Livestock return the favor as they graze in pastures, providing manure that feeds trees and makes the soil healthy.

Silvopasture research plots of 120 trees were planted on three farms in Lancaster County and two in Lebanon County. Trees planted include honey locust, hybrid poplar, redbud, tulip poplar, and a variety of fruit trees such as apple, peach, and pear.

The study is monitoring tree-planting techniques with and without mulch, plastic and metal shelters, and live stake trees in combinations with electric fence, barbed wire, and no shelters.

This summer, trees planted in shelters two years ago and protected by electric fence during grazing are showing great promise, growing out of their tubes by two feet or more.

As for cows encountering tree shelters with less protection, "When the cows get to the tubes, it's like a great big toy, a scratching post," Sauder said earlier in the study.

"You are adding more factors into your pasture, but there could be some serious benefits long-term, especially economic," said Molly Cheatum, CBF Restoration Program Manager in Pennsylvania and the study leader. "Those benefits include healthier soils, grasses and trees, along with reduced runoff and flooding, and carbon sequestration to name a few."

Sauder and Unruh added thousands more trees in silvopasture on the farm and created grazing paddocks for the dairy's nine cows and seven heifers that produce yogurt, other dairy products, and beef. 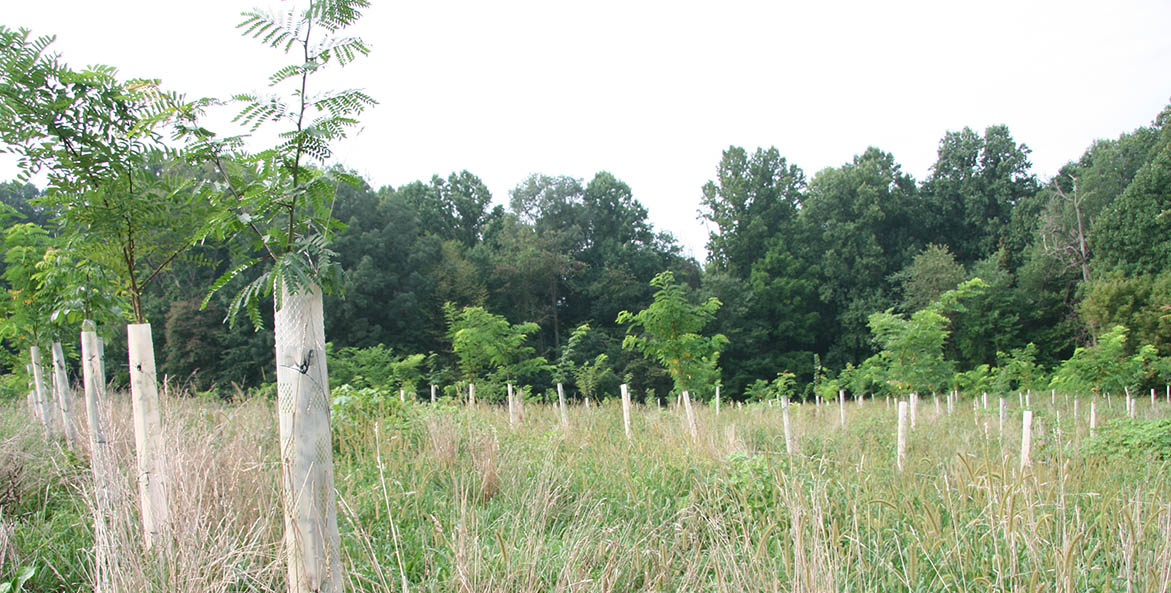 The study has been a learning experience.

"We learned that if you want to plant 1,000 trees, do it in phases. You are going to have to take care of all those trees and it is going to be a significant extra burden in that first year or two," Unruh said.

"We found the trees in the shelters are growing significantly faster than the ones in wire cages," Unruh added. "The ones in the cages don't have an extra micro-climate, so they are not getting the height of the ones in the tubes."

The study has also shown that survivability of trees is more species-dependent than treatment-dependent. "Honey locust have survived at a really high, over 90 percent survival rate, whereas other species haven't been quite as high," Unruh added. He noted that pods dropped from honey locust trees are a significant, no-cost source of forage for livestock.

Farmers in Pennsylvania have shown they are willing to invest time, land, limited funds, and effort to clean and protect local rivers and streams, and trees are one of the best ways to do so. But they need greater investments from state and federal sources to plant and maintain trees in their pastures, plant streamside buffers, and add other pollution-reduction measures to their farms.

State and federal opportunities for additional, critical funding for cleaner rivers and streams do exist.

Congress adopted a budget that boosts funding for the U.S. Department of Agriculture (USDA) by tens of billions of dollars.

The $1.2 trillion Infrastructure Investment and Jobs Act making its way through Congress is another opportunity to bolster federal funding to help Pennsylvania meet its clean water goals.

The Billion for the Bay proposal before Congressional leadership represents the kind of additional investments Congress could make to boost work toward Chesapeake Clean Water Blueprint goals.

Pennsylvania has also received $7 billion in American Rescue Plan money. There is an opportunity in the proposed $250 million Clean Streams Fund for some of this money to support the Agricultural Conservation Assistance Program (ACAP).

ACAP, essentially an agriculture cost-share program, is an opportunity to fund local farm projects through county conservation districts in Pennsylvania.

This material is based upon work supported by the National Institute of Food and Agriculture, U.S. Department of Agriculture, through the Northeast Sustainable Agriculture Research and Education program under subaward number LNE20-405R.