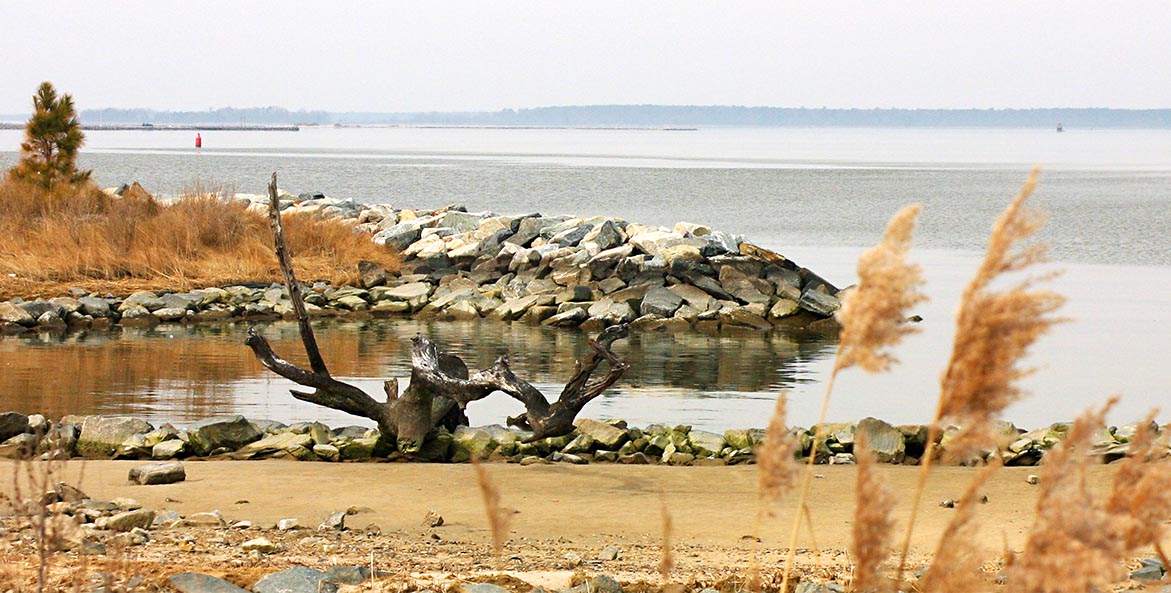 The following was first published in Maryland Matters.

Residents of Trappe, population 1,000, are staring down a behemoth described as one of the largest mixed-use development proposals on the East Coast. If fully built, Lakeside at Trappe (or Trappe East) would include 2,500 homes and apartments, a shopping center and a 30-acre lake. The development could increase the local population by more than 500%.

To handle the human waste generated by this massive project, the developers—Rauch Inc., Trappe East Holdings Business Trust and others—are proposing to build a new wastewater plant to treat the sewage. The treated wastewater would then be sprayed onto about 90 acres of fields near hundreds of existing and proposed homes.

If this plan worries you, we share your concern. It's why two of our organizations—ShoreRivers and Chesapeake Bay Foundation—filed lawsuits challenging the permit earlier this year.

The wastewater spray would be applied to fields next to the headwaters of Miles Creek, which drains into the Choptank River. The Choptank is already impaired due to excessive pollutants, such as nitrogen and phosphorus, which the state, environmental organizations and local governments are working to mitigate.

These pollutants fuel harmful algal blooms that cause dead zones, or areas of the Chesapeake Bay devoid of the dissolved oxygen necessary to sustain marine life. Maryland Department of the Environment officials, in drafting the permit, found that the proposed method of wastewater disposal for this project wouldn't result in an increase of Choptank River pollutants.

While the developers have maintained that the wastewater will be treated to high standards before being applied to fields, the track record for facilities using spray irrigation in Maryland is dismal.

A Chesapeake Legal Alliance report found only about 25% of facilities with groundwater discharge permits were in full compliance when inspected. Nearly half of all such facilities on the Eastern Shore failed to meet groundwater permit conditions between fiscal 2017 and the first half of fiscal 2020, according to the report.

Even using the best methods to soak up pollutants there's still a risk of nitrogen and phosphorus entering groundwater and nearby waterways. If MDE approves this permit the agency must prove that the spray irrigation system won't increase river and Bay pollutants.

This leads to the next issue. The project could set a precedent that would enable Maryland to approve large new developments without fully accounting for the pollution they generate.

But at Lakeside, the state has effectively concluded that the proposed wastewater plant's spray irrigation system won't pollute at all. Therefore, there's no need for new environmental mitigation practices to offset potential wastewater impacts in local waterways caused by this proposed development.

We see this as an end-run around state requirements to account for and mitigate pollution from new developments if developments use spray irrigation to dispose of treated wastewater. The reality is that due to climate change we're seeing more rainfall, more severe storms and, as a result, more runoff carrying pollutants to the Chesapeake Bay. MDE must fully account for the influence of these factors when permitting the application of treated sewage to farmland.

We can't backslide on the commitment to build responsibly in Maryland.

A recently released engineering report found several issues with Maryland Department of the Environment's (MDE) issuance of a draft wastewater permit that would enable the proposed Lakeside at Trappe development to spray wastewater onto fields near Miles Creek and the Choptank River.