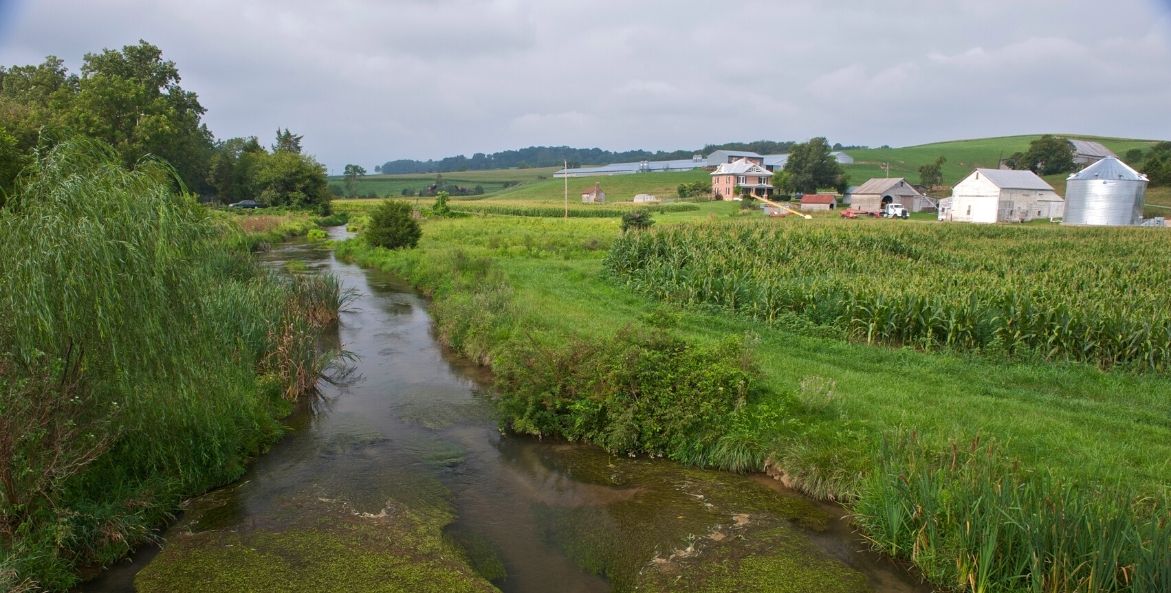 The following was first published in the Richmond Times-Dispatch.

On a 430-acre cow-calf farm in the Shenandoah Valley, Wayne Snapp has seen a transformation. Grass in his pastures now stays a lush green during the toughest conditions, feeding livestock through droughts, heat waves and cold snaps. Because of this abundant forage, Snapp spends less money on feed and fertilizer while keeping more head of cattle on the property than ever. With plenty of nutritional grass, his cows are experiencing their highest conception rates while calves grow quickly and thrive.

Snapp credits these benefits to the intensive rotational grazing he has undertaken in recent years with support from the Virginia agricultural cost-share program. Future funding for this program, which helps farmers adopt numerous different conservation practices, will be decided in budget discussions at the General Assembly in the coming weeks.

While Snapp used to keep livestock in 50-acre fields, he now has fenced these lots into a series of smaller 10-acre pastures. Livestock are rotated to a new pasture every few days, allowing the grass in other fields to rest and grow thick blades above the soil and deep roots below.

Healthy grasses and soils better hold and absorb water, making them more resilient to droughts and flooding. As a result, during heavy rains, less soil and other potential pollutants wash into local streams.

"Taking care of the soil will enhance this land for future generations to come," Snapp said. "If we can protect soil, which in turn protects water quality, that's a big deal on folks' minds."

In fact, farm conservation practices such as rotational grazing and fencing livestock out of streams are the most cost-effective ways to restore Virginia's waterways. Rotational grazing on Snapp's farm in Middletown leads to cleaner water in nearby Cedar Creek, which flows into the Shenandoah River, which joins the Potomac River before entering the Chesapeake Bay.

That benefits anglers, paddlers, swimmers and all of us who enjoy dipping our toes in a clear rocky stream.

For decades, Virginia's agricultural cost-share program has helped thousands of farmers like Snapp adopt essential conservation practices, like rotational grazing, by providing state funding for a significant portion of installation costs. But this successful program always has been seriously underfunded. Virginia now has an unprecedented opportunity to fully fund its agricultural cost-share program.

Several key factors are coming together. First, Virginia's revenues have been at historic levels, with $313 million available in the Water Quality Improvement Fund alone. Second, state decision-makers—including Gov. Glenn Youngkin in his initial speech to legislators—are expressing support for full funding of best management practices on farms to protect soil and waterways. Third, General Assembly members soon will consider a proposed budget that fully funds the agricultural cost-share program and related technical assistance at $286 million over the two-year period.

Finally, Virginia has less than four years to meet its commitments to reduce pollution under the Chesapeake Clean Water Blueprint—the federal-state program to implement all measures needed to restore the bay by 2025. Virginia simply cannot meet its commitments without dramatically accelerating investments in agricultural conservation practices.

Farmers face major challenges to profitably produce food for our dinner plates. Many could not take on these game-changing conservation projects without state support through cost-share programs and technical assistance. So whenever funds become available, farmers recognize the value and sign up until the money runs out.

Still, Virginia's investments in agriculture have fallen short year after year. Despite bipartisan support for this program, investment levels have never even approached the level of need.

Everyone has a part to play in reducing pollution to waterways, from cities and suburbs, to sewage treatment plants, to businesses and homeowners. Because agriculture is by far the largest industry in Virginia, farmers have been one of the most important partners in restoring our rivers and streams. They deserve sufficient support in their efforts.

Investing in agricultural conservation programs is a win-win that supports healthy, Virginia-grown food, which is good for the environment, good for the local economy and good for the rural character of communities.

That brings us back to Wayne Snapp's rolling green fields in the Shenandoah Valley. Since expanding rotational grazing using cost-share funding, Snapp has gone on to host other farmers on his property to discuss grazing techniques and discuss opportunities for state support.

"We couldn't have implemented rotational grazing to this extent if we'd had to pay for it all ourselves," Snapp said, citing the costs of installing fencing, wells to provide water to livestock and other expenses. "Rotational grazing has been a tremendous benefit, and it's all thanks to the money that has been available."