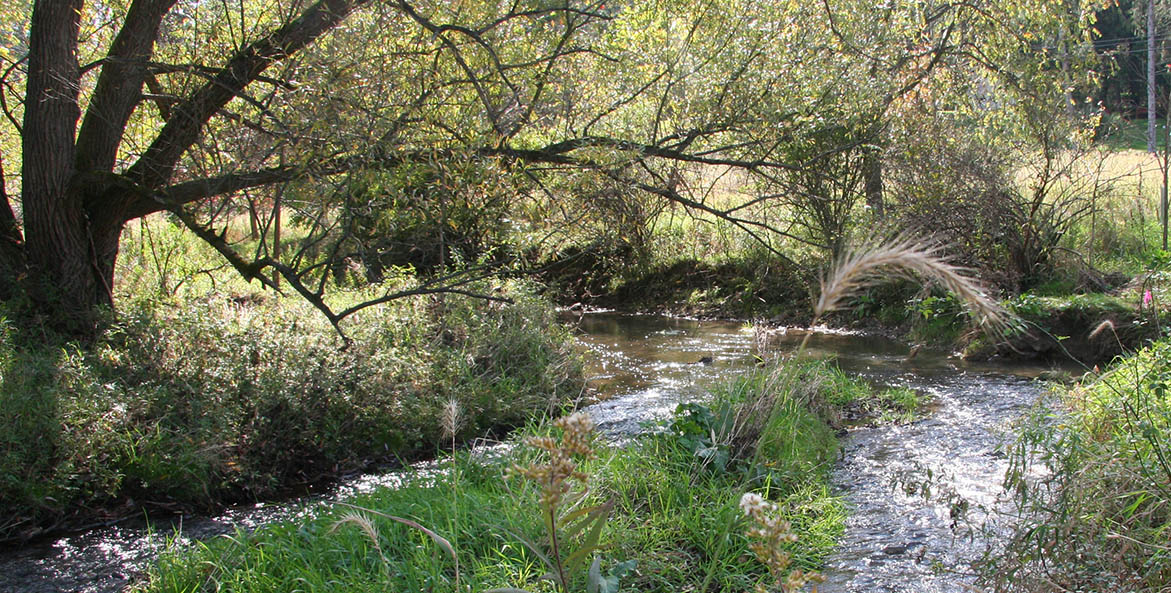 John Pascavage has been doing conservation work on his little piece of Centre County, Pennsylvania, since he bought it and took the land out of farming. He planted trees on 48 acres and now, on a dozen of those acres stands a 17-year-old buffer that guards Halfmoon Creek.

"I'm a fisherman by heart," Pascavage says. "I would like one day to be able to see trout coming up from Spruce Creek and be able to fish for them here."

At the moment, all waters within the 25 square-mile Halfmoon Creek watershed are polluted and don't meet water quality standards.

Led by CBF, a determined group of water quality experts and volunteers have come up with a restoration plan to change that. 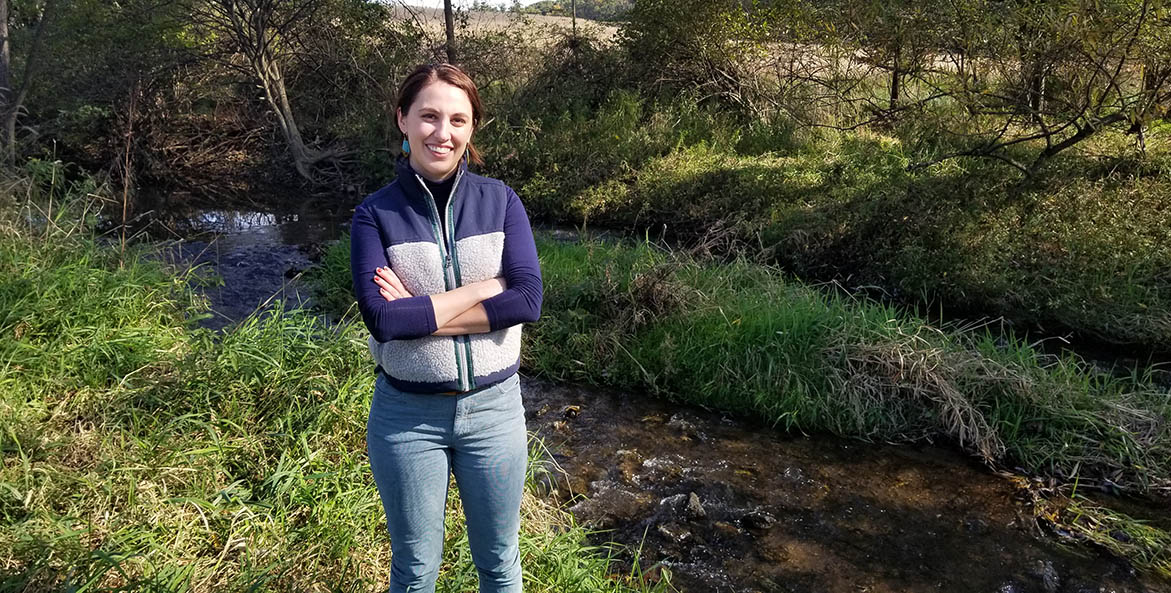 "Once we had data, we were able to look at the needs of the watershed and see where we need to work. We wanted to know where we can best put our resources and our time, knowing that those are limited," says Caitlin Glagola, CBF's Pennsylvania Watershed Coordinator who orchestrated the plan with a diverse partnership. "Together, our team developed strategies for the plan, including riparian buffers, stream restoration, streambank fencing, cover crops, and no-till agriculture."

Section 319 funding addresses non-point source pollution from agriculture, stormwater, and acid mine drainage. To qualify for the federal dollars, the water body must be impaired and have an approved plan.

In 1998, DEP designated Halfmoon Creek as impaired because of sedimentation largely due to agriculture. In 2008, EPA designated the entire watershed as impaired.

Proposals for Section 319 funding will be made annually for the $4-5 million implementation plan for Halfmoon.

"In a staged approach, we look to first focus our resources in areas of the watershed that could be delisted quicker, based upon indications from our data and community momentum," Glagola adds.

"The Halfmoon and Pequea plans represent the first in a new generation of Section 319 plans in Pennsylvania," says Harry Campbell, CBF Science Policy and Advocacy Director in Pennsylvania. "No other plans have brought together the technical and stakeholder elements in this way."

Creating watershed plans like those for Halfmoon and Pequea is also a first for CBF. "In the past, our role was focused on implementing the conservation practices in plans," Campbell adds. "Unfortunately, roughly 95 percent of Pennsylvania's watershed does not have these types of plans and of those that do, most are outdated."

The goals for Halfmoon are to reduce sediment, preserve critical landscapes, restore degraded landscapes, and foster stewardship of the watershed. The creek flows through Centre and Huntingdon counties. 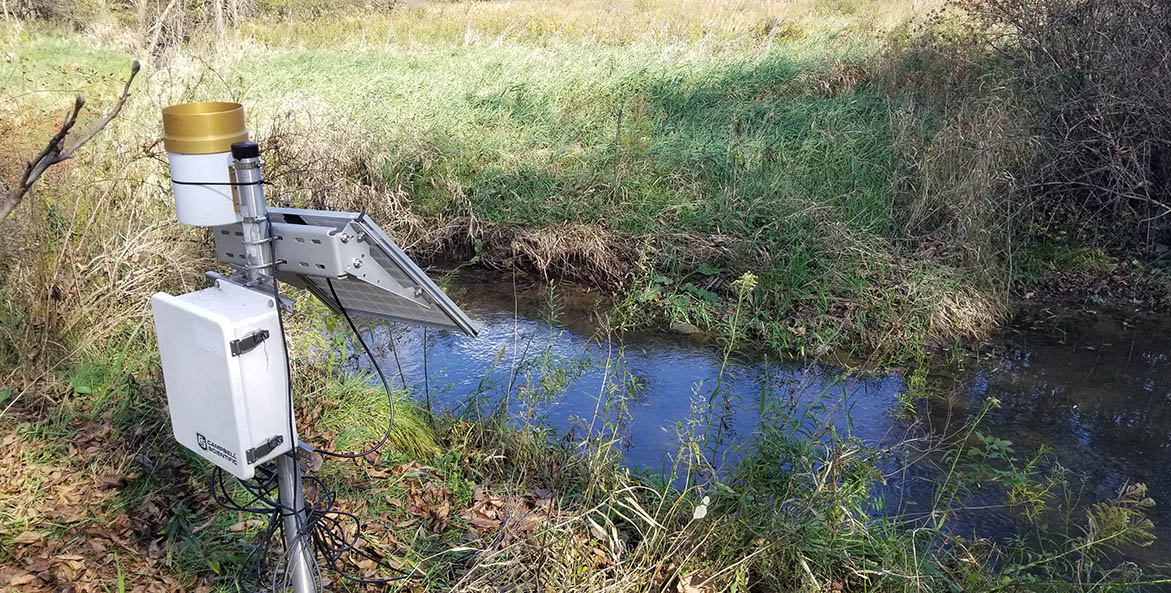 Part of the restoration plan is analyzing water from four monitoring stations and stream samples from throughout the Halfmoon Creek watershed.

"Understanding the baseline of this watershed was a critical first step," Glagola says. "This included developing an inventory of best management practices already employed in the watershed to input into our modeling. It also involved compiling historical water quality monitoring data and conducting current water quality assessments."

Monitoring started as a little seed and took off during this project. "It was really cool to watch it unfold and connect with these great partners," Glagola adds.

Monitoring where Loveville Creek flows into Halfmoon Creek has been happening since 2015 for an undergraduate class that Dr. Heather Preisendanz teaches at Penn State University. The Loveville tributary is one of the watershed's most-impaired streams and largest inputs of sediment to Halfmoon Creek.

"We are monitoring for dissolved oxygen concentration, water temperature and level, and rainfall," Preisendanz says. They also collect samples downstream to track for emerging contaminants. "Over time as we continue to monitor, and practices get implemented across the watershed, we will see how the water quality improves."

Dr. Tamie Veith, Research Agricultural Engineer for the U.S. Department of Agriculture is another valued monitoring partner. "We're looking at impacts to the coldwater fishery and what naturally gets into the streams," Veith says. "We go out twice a year and catch bugs in the stream to see what species are there. Certain ones indicate that the stream is healthy."

Penn State is analyzing water from four monitoring stations and stream samples from throughout the Halfmoon Creek watershed.

While monitoring and other research provided the roadmap for the restoration plan, people have been the fuel to make it reality.

"We knew from the onset that it was important to work with local partners, regional experts, and make this a diverse team so that we could have every angle covered, every piece of information feeding it," Glagola says.

"The partnerships are the biggest assets and will continue this initiative forward," Glagola says. "If you have a plan in place, it is only effective if the partners make sure that what we've worked toward and put into it writing gets set into action." 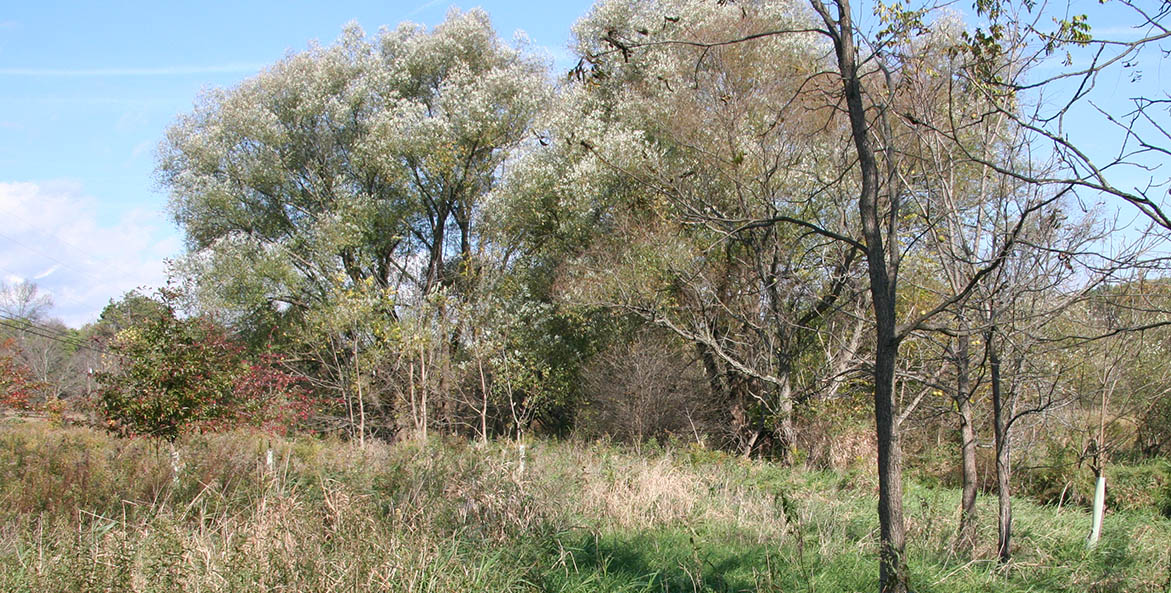 Outreach to landowners is under way to identify what practices they would like on their properties.

"Partners are moving to reach out to folks, and we are having early-action projects starting as part of this increased focus," says Justin Kozak, Watershed Specialist from the Centre County Conservation District.

The conservation district has been working in Halfmoon Creek watershed for over a decade and Kozak says the new restoration plan has momentum. "Having people say 'yes' is a good thing," he says. "It shows there is a level of buy-in."

For now, Glagola is overseeing implementation of the Halfmoon Creek plan.

"Caitlin is the perfect person to lead this effort in Halfmoon," Harry Campbell says. "She is personable, engaging, thoughtful, and she values the input of the community. She, along with her southcentral counterpart, Brian Gish, represent the 'dream team' of CBF Pennsylvania watershed coordinators."

Glagola is also working on a new restoration plan for Marsh Creek in Centre County. Gish has started a new one on the Upper Conestoga in Lancaster County that extends to Berks and Chester counties.