A Day in the Life of an Oyster Farmer 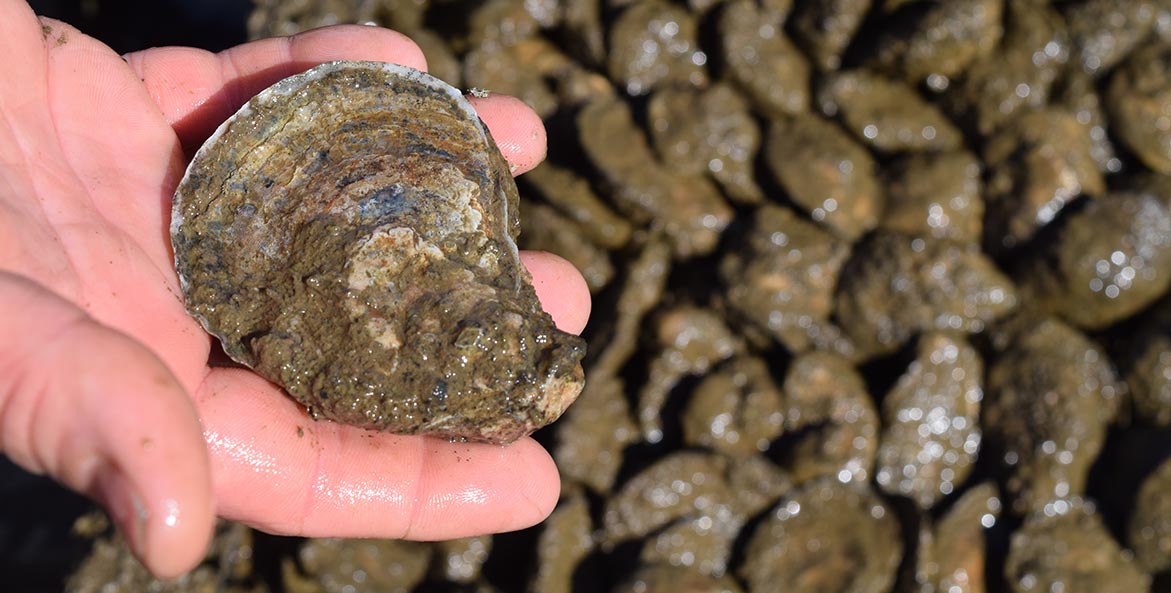 An example of a market size oyster ready for distribution.

"Every day is different when you work on an oyster farm," says Tal Petty, owner of Hollywood Oyster Company in Hollywood, Maryland.

Located along the Patuxent River, a tributary of the Chesapeake Bay, Hollywood Oyster Company has been growing oysters since 2010.

What exactly happens on an oyster farm?

As Petty says, every day and every farm are different. 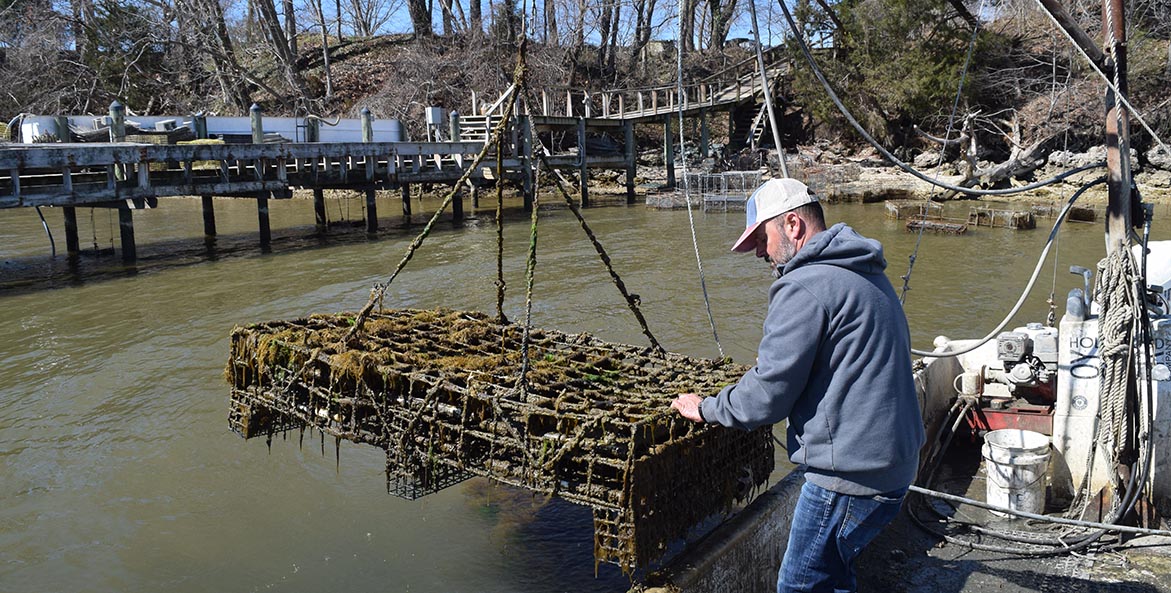 "Normally, we'll have four people and our farm manager, James Tweed, out in the water putting out cages from the day before and bringing in new cages to tumble and sort," says Petty.

Hollywood Oyster uses a technique called off-bottom oyster cages to raise their shellfish. A line connects each of their cages and runs along the bottom of them. One member of the team clips the line, hooks it onto their boat, and pulls the cage up and out of the water. The oysters are then tumbled and sorted by size. Market sized oysters, about 3", are handpicked for distribution and the rest go back into the water to continue growing. 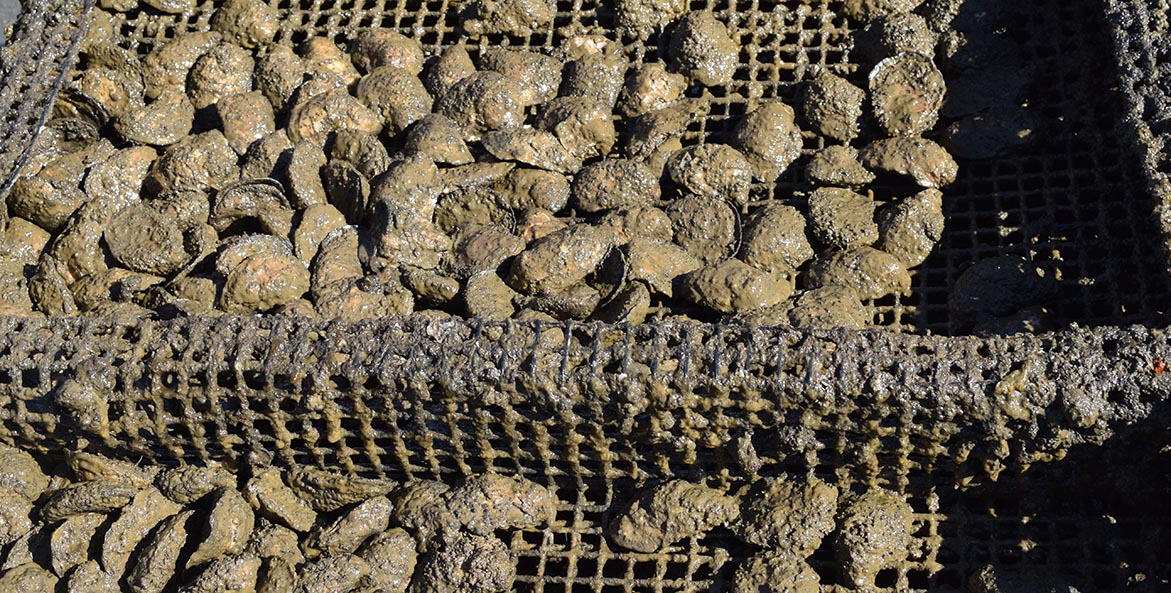 Inside view of an off-bottom oyster cage

"We always have three generations of oysters on the farm," says Tweed.

Between the months of April and November, a nursery operation is underway at the farm. Baby oysters 1mm in size mature on the farm for 14-15 months before being placed into off bottom cages where they will continue to grow for at least another year. 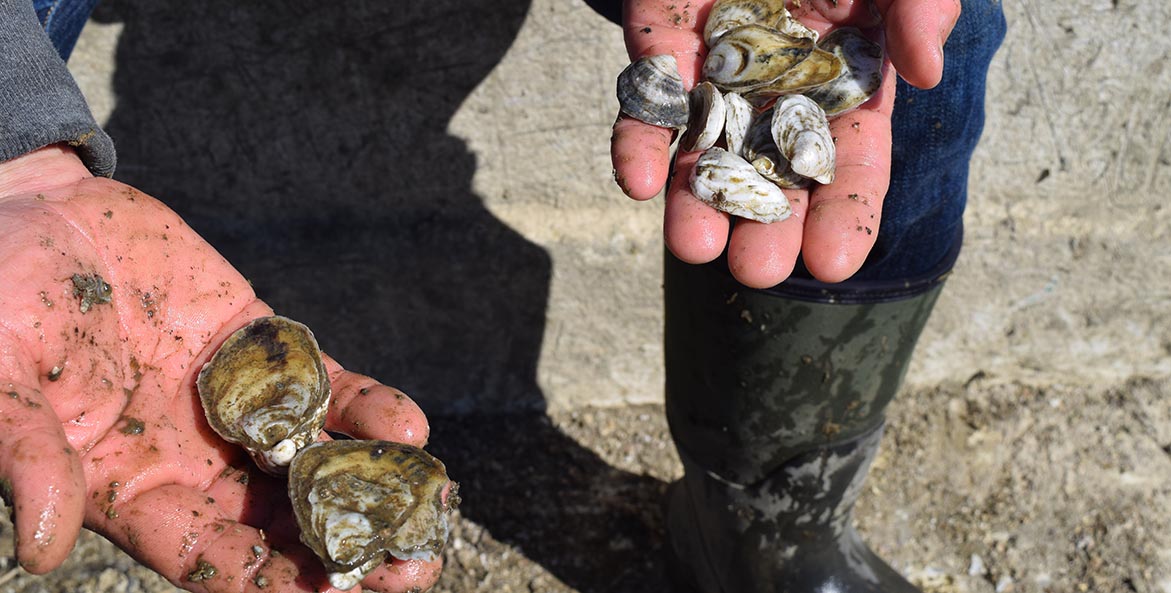 Young oysters from the 2021 nursery operation on the farm.

Through a packing process, the rest of the Hollywood Oyster team cleans and packs the market-sized oysters for distribution.

"Oysters are a national product, so we sell to a national market," says Petty.

And while they love getting to work outside and on the water, the Hollywood Oyster team inevitably faces challenges and obstacles—namely weather.

"Since you are working on the water, gear and equipment is always breaking, you have to deal with weather and wind, unprecedented amounts of rain drop the salinity of water and prevents oysters from growing, and then in the wintertime you worry about things freezing," says Tweed.

Despite the challenges, Petty and Tweed agreed that there is never a dull day on the farm and encourage others to learn more about the benefits of oyster aquaculture. 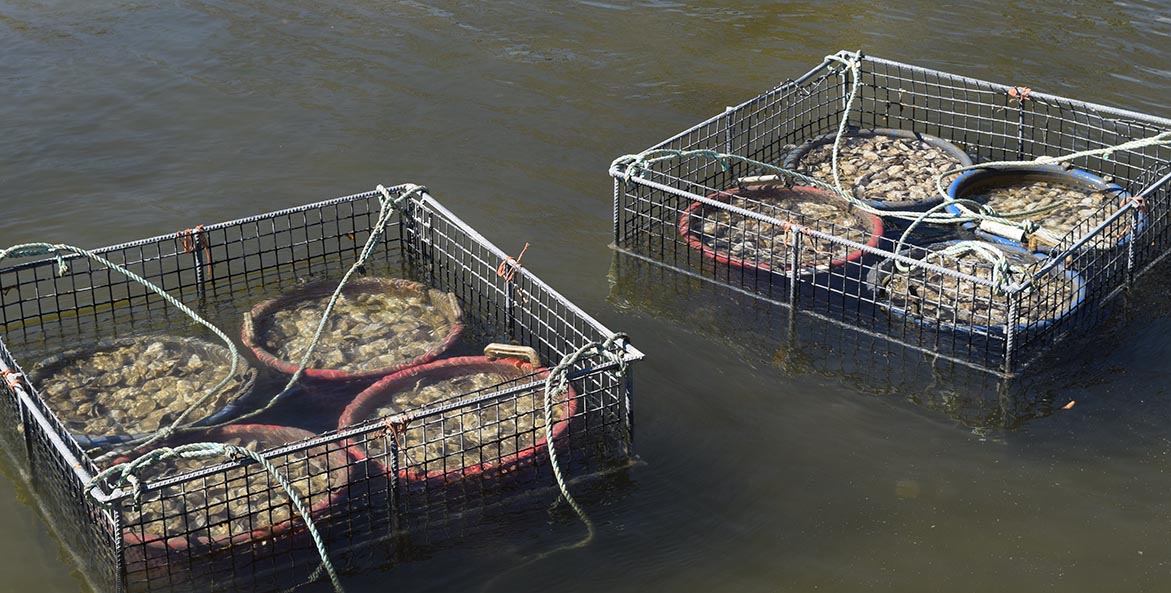 Market sized oysters ready to be cleaned for distribution.

Why is oyster aquaculture important?

Oyster aquaculture is not a new concept, yet the industry has been on the rise for a variety of reasons:

Recognizing these benefits, CBF founded the Chesapeake Oyster Alliance in 2018, a coalition of more than 80 partner organizations, businesses, and academic institutions committed to adding 10 billion new oysters to Maryland and Virginia waters by 2025. Hollywood Oyster Company is just one example of a Chesapeake Oyster Alliance partner who is out in the field every day, supporting the growing aquaculture community.