Electrify Your Lawn Care to Help Save the Chesapeake Bay 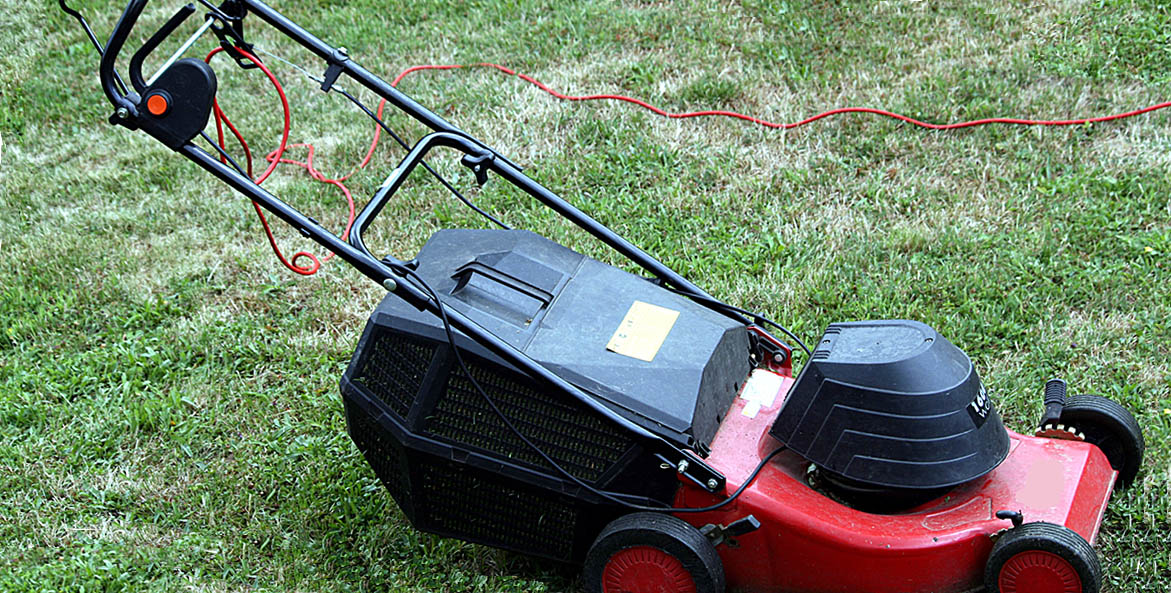 There's a good chance, if you use a gas-powered lawn mower, that maintaining your lawn is worse for the environment than your morning commute. In some cases, far worse.

Running a typical gas mower for one hour creates roughly the same amount of smog-forming air pollution as driving a passenger car 300 miles, according to the California Air Resources Board. In the case of some gas-powered leaf blowers, an hour's worth of use is equivalent to driving 1,100 miles.

All told, say the authors of a 2021 study published in the International Journal of Life Cycle Assessments, the small, inefficient gas engines used for lawn mowers, blowers, weed trimmers and other garden equipment account for a quarter of all nonroad gasoline emissions nationwide each year.

Why does this matter for the Chesapeake Bay and its rivers and streams across the watershed? For starters, one-third of the nitrogen pollution that ends up in the water comes from air pollution, according to the Chesapeake Bay Program. That makes air emissions a big challenge for Bay restoration, but we should also see it as a big opportunity.

Changing the way we care for lawns—or better yet, reducing the amount of lawn we need to care for—offers a way to make significant water quality improvements. The Bay watershed states collectively are not on track to meet targets for implementing pollution-reduction measures by 2025. This is something individuals, localities and states can do quickly and at a much lower cost than many other nutrient control best management practices.

One reason lawns matter is their sheer scale. A 2010 report by the Chesapeake Stormwater Network, based on data from 2000 to 2005, found that turf covers as much as 3.8 million acres in the Bay watershed, which is about 10% of the total land area. Development has likely increased that amount. While residential lawns make up much of that acreage, turf also proliferates along roadways and around commercial buildings.

All of this has big implications for water quality, especially as more forests and farmlands are developed. A 2020 assessment showed that polluted runoff from urban and suburban areas is the only significant source of pollution in the watershed that is still growing—and in some cases even offsetting some of the pollution reductions made to date in wastewater management and agriculture.

What many people may not know is that, during a rainstorm, lawns can act more like green-carpeted concrete than a forest floor, soaking in only one-tenth the amount of precipitation, often less. The reason is that yards have more compacted soil, less organic matter and shallower root systems than forests. As a result, in a heavy rainstorm, much of the water that falls on a lawn rushes quickly into storm drains and out into local streams, often taking fertilizer and pesticides along with it.

The volume and speed of water running off the land can erode streambanks, contribute to localized flooding and negatively affect aquatic insects and fish. As climate change drives more frequent, severe storms, this becomes even more problematic.

Addressing these sources should be considered at a much broader scale across the watershed as a way for Bay states to meet their pollution-reduction commitments.

In your own yard, the best solution is to convert more lawn to native trees, shrubs, plants and low-maintenance groundcover. This allows more water to soak into the soil, provides food and shelter for wildlife and reduces the harmful air pollution emitted by lawn equipment.

Another important step is to limit fertilizing. Get your soil tested first to determine what is or isn't needed. Better yet, instead of fertilizing, use an electric mulching mower, which naturally fertilizes the grass by leaving the clippings in place to decompose and add nutrients and organic matter to the soil. The clippings also provide food and habitat for pollinating insects.

The same goes for leaves in the fall. Don't bag them and send them off to a landfill; use an electric mulching mower to return them to the soil.

Finally, switch from gas-powered to electric lawn and garden equipment. Electric mowers, blowers, trimmers, edgers and such are widely available, usually with a choice of cordless or plug-in models. This significantly reduces air pollution that contributes to smog—a major threat to human health—and the nitrogen pollution that harms waterways.

Addressing stormwater pollution through retrofits can be expensive and challenging but changing the way we care for our yards is not. It also benefits our health, improves wildlife in our yards and can save us some time in the process. We can't afford not to take these steps.