Skies Clear in Pennsylvania as Volunteers Plant Thousands of Trees 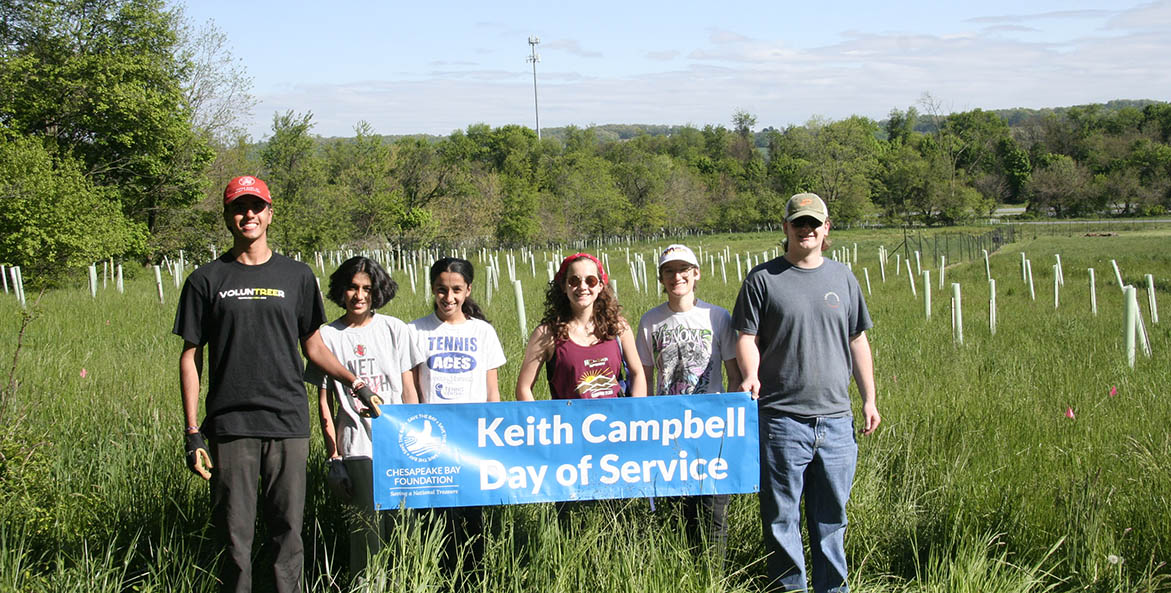 As the skies opened, the temperature dropped, and the mud thickened. There would be no trees planted on May 7. But the CBF-coordinated Keystone 10 Million Trees Partnership (K10), in partnership with approximately 120 volunteers, led by students and teachers from the Stone Independent School, quickly came up with a plan. The Keith Campbell Day of Service would become a week-long event. Just a few days after the wash-out, there were 2,000 new trees in sites across Lancaster and York Counties.

Students, teachers, and family members from the Stone School, now in its fifth year, particularly stepped up to make sure their community had the trees it needs, where it needs them most. Volunteers from the "Stone Family" helped set up materials in the week leading up to the event and when plans shifted due to the weather, they remained committed to getting trees in the ground. Many of the plantings occurred during after-school hours, meaning after a full day of school, students and staff grabbed their gloves and shovels and went to work.

"I was incredibly impressed with how tenacious and driven the students from the Stone School were," said Kassie Fenn, CBF's Pennsylvania Student Leadership and Education Coordinator. "Their enthusiasm to make a difference and their efforts were remarkable."

Such commitment has become part of the DNA for the school, according to Head of School Mike Simpson.

"We are here to serve and build a platform to make the world better and to solve complex problems," Stone's Head of School Mike Simpson said. "Tree planting has become a part of who we are and what we do." 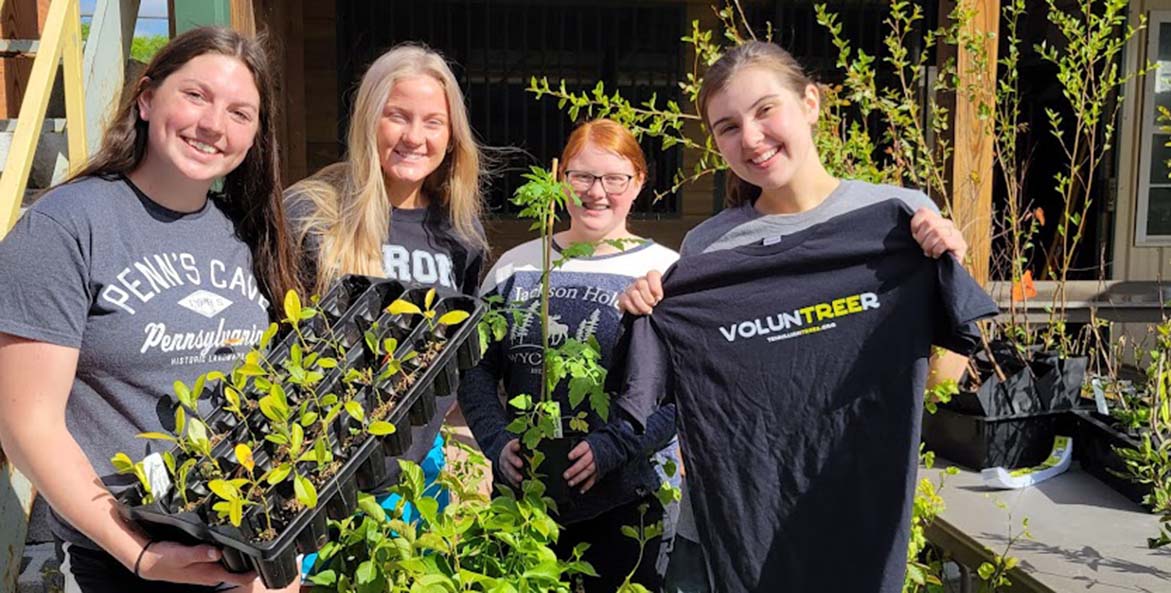 The plantings were a fitting tribute to the day's namesake, Keith Campbell, whose advocacy and generosity has fueled CBF's work for decades. Whether as a rank-and-file member, CBF Trustee, or Board Chair, Campbell has been dedicated to restoring and protecting the Chesapeake Bay and its greater watershed.

His foundation, the Keith Campbell Foundation for the Environment—now overseen by Samantha Campbell, Keith's daughter—has become CBF's largest funder. Their support stretches across the watershed but is mostly targeted in Pennsylvania, the source of roughly half of the Bay's freshwater.

With so much water from Pennsylvania ultimately running to the Chesapeake—particularly during rainstorms like the one that washed out the original plans—it makes the effort of volunteers and the K10 Partnership even more important.

"A few diehard students got really excited and showed up at every planting that they possibly could," CBF's K10 Partnership Senior Manager Brenda Sieglitz said. "Trees are critically important to cleaning our air and water. These trees will go a long way to helping keep vital nutrients on fields and out of our streams and rivers."

From capturing and filtering out pollution before it enters our waterways to alleviating flooding to purifying our air and increasing property values, trees provide countless health, economic, and environmental benefits.

Keith Campbell and his foundation have been instrumental in helping turn the K10 Partnership into the tree-planting force it is today. As the partnership grows, it continues to move closer to its goal of planting 10 million trees for Pennsylvania. And the effort for clean water across the Bay watershed is stronger than ever thanks to the determination and can-do spirit that turned what could have been a complete loss into a testament to partnership and collaboration that will benefit the Bay for decades to come.