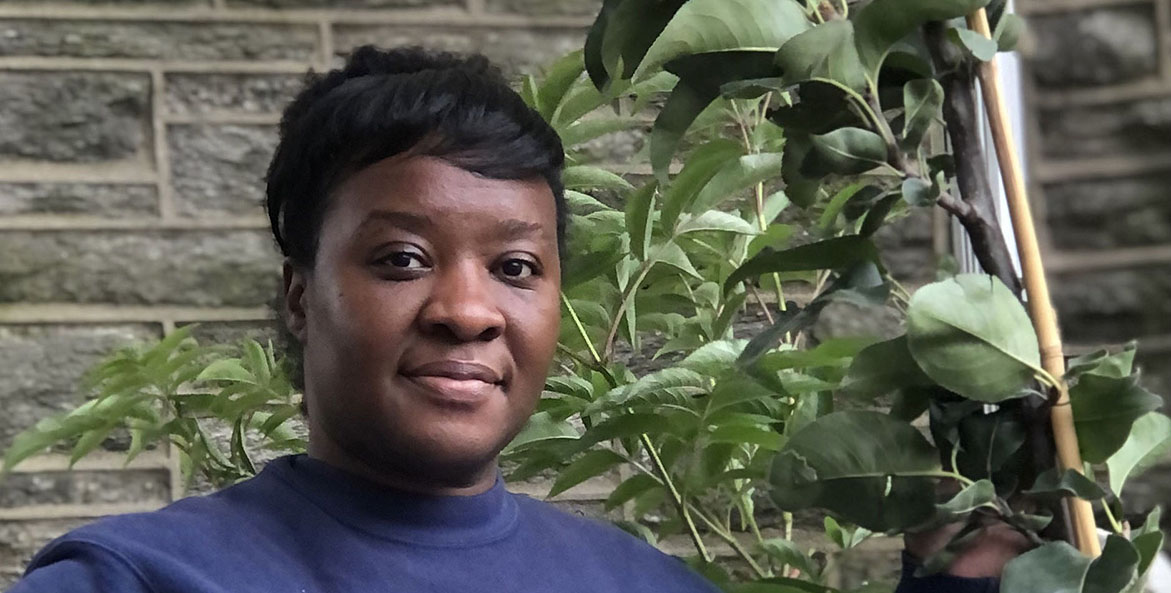 It may be disrespectful for people to "throw shade," but folks in Philadelphia's hot urban neighborhoods have brotherly love for the cool and calm darkness cast by trees.

Neighborhoods like Cobbs Creek in west Philadelphia and other cities can be hotter than sections of the same city when they lack shade and have a high density of roads, buildings, and hard surfaces. Living in these "heat islands" can be uncomfortable and even fatal.

"We [conducted] a community needs assessment and from that health care professionals serving west Philadelphia recognized there were higher instances of asthma among children and higher instances of seniors reporting to the emergency room for heat-related illness in summer months," Kiasha Huling says. "It was a pretty obvious relationship between those physical health events and the lack of [tree] canopy."

Huling has a master's degree in social work from the University of Pennsylvania School of Social Policy and Practice. She is part of the university's Emergency Medicine Department. She is working on a project to return tree canopies to healthy levels—before they were removed because of lack of management or infrastructure changes like clearing line-of-sight for bus routes.

Huling is also a key figure with UC Green. Since it started in 1998, the non-profit group along with 650 volunteers, and more than 1,200 residents have planted 5,000 trees, putting west and southwest Philadelphia neighborhoods on the path to wellness, safety, and social cohesion.

At a planting in April, Huling and UC Green added 48 trees to west Philadelphia and Cobbs Creek, one of the city's largest heat islands.

The trees were part of the $5,000 Mira Lloyd Dock Partnership Diversity Award presented to Huling by the Keystone 10 Million Trees Partnership, coordinated by CBF. She earned the recognition last year for her conservation work and community building in under-represented portions of the city.

Huling says faculty at the University of Pennsylvania and Drexel University have authored research that shows trees are related to less incidents of domestic and community violence—that trees bring a sense of calmness and serenity.

Planting street trees is essential in heat island areas like those in Philadelphia because of its rowhouses. Residents don't have big yards where they can plant trees. According to Huling, street trees are the largest class of trees lost over the past decade.

She says folks today are now understanding why their grandparents were able to live in the same home that they have inherited, without central air conditioning.

"Their grandparents had trees and now, they don't," Huling says.

"These are the things that used to work. Just open up the window and these air-lite rowhomes were designed so that you could get a crosswind," Huling says. "So, you open up your windows and you have sheer blinds. There is no reason to keep the oven on. You don't have a lot of utilities going and you are comfortable on summer days. Because of climate change and the decrease in canopy in those neighborhoods, those things don't hold true anymore."

As Huling plants trees in Cobbs Creek and elsewhere in Philadelphia, she is taken by the history and storytelling that happens among neighbors. "It does wonders for the social cohesion and the connectedness in our neighborhoods," she says, "and it warms my heart."