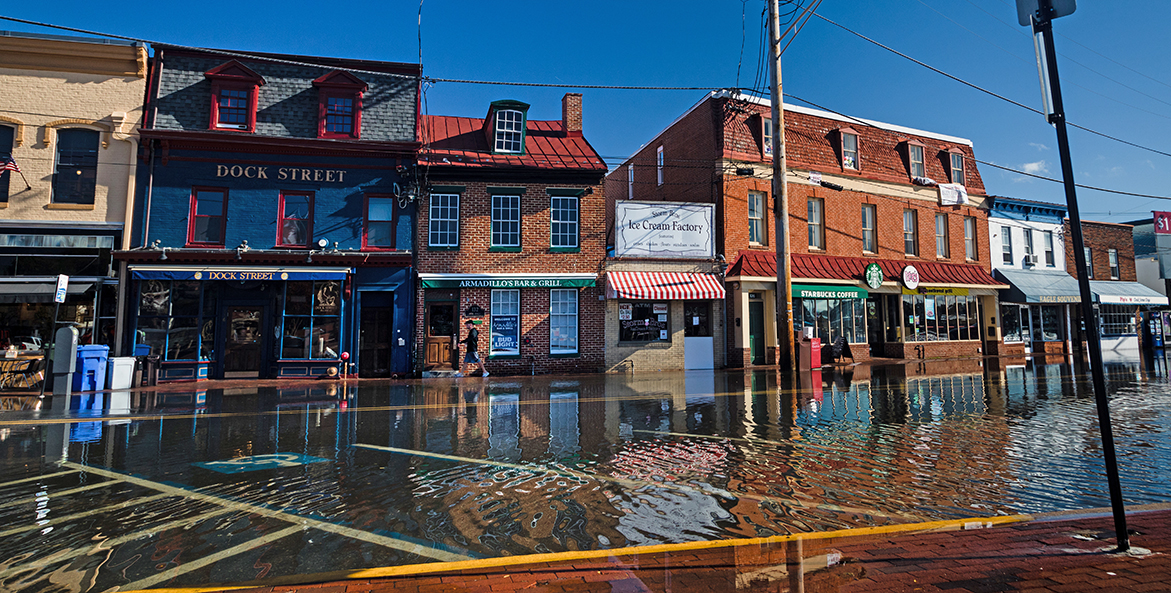 Extreme storms, flooding, and rising sea levels make restoration harder and put both communities and the watershed's natural resources at risk. Addressing urgent challenges like climate change is necessary to get Bay restoration back on track.

Legislative sessions have kicked off around the watershed. Here’s what we’re fighting for.

January is here and that means legislatures across the Bay watershed are returning to kick off session. As the 2022 State of the Bay report shows, far too much pollution is still entering our waterways, harming the habitats, wildlife, and communities that depend on clean water and a healthy Bay. The Bay and its rivers and streams will not improve until the Bay states and the federal government dramatically reduce agricultural pollution and meet their commitments under the Chesapeake Clean Water Blueprint. The good news is that the Bay is remarkably resilient and there is tremendous energy around the table. With new leaders at EPA, in our legislatures, at the governorship in Maryland and Pennsylvania, and the environmental movement, we have an opportunity to prove that restoring clean water is possible.

Achieving a healthy, resilient watershed for future generations depends on the actions we take now. To encourage this major acceleration and to avoid setbacks, CBF is advocating for critical programs and funding throughout the watershed. With clean water advocates by our side, here’s what we’re fighting for in 2023 legislative sessions:

For restoration to succeed, the Bay partnership must immediately accelerate efforts to help farmers reduce pollution. It also must identify the steps needed to fully implement the Chesapeake Clean Water Blueprint as quickly as possible. Supporting farmers across the watershed is critical to accelerating these efforts.

In Pennsylvania, the newly established Agricultural Conservation Assistance Program (ACAP) will help the Commonwealth’s more than 50,000 family farmers design and implement conservation practices. These practices include stream fencing to help keep livestock out of streams, forested stream buffers and cover crops, as well as others. However, the $154 million budget for ACAP came from unallocated federal American Rescue Plan funding, not the state’s normal budget allocation. CBF will be working with legislators to ensure this monumental level of commitment to conservation is sustained beyond this one budget.

In Virginia, CBF will be urging legislators to create a special grant fund of $8 million to incentivize the adoption of conservation practices most cost-effective at reducing pollution to the Bay and local streams: forested buffers, stream exclusion, and nutrient management plan adoption.

A thorough analysis of Maryland’s forests has concluded, and the results are clear: Maryland’s forests are in trouble. Researchers found continued losses in forest cover, especially in the fast-growing regions of central and southern Maryland. Forests spared from clearing are often left fragmented, with formerly interior habitats exposed to invasive species and encroaching development. A program to offset forest losses through mitigation banking is far out of balance, allowing too many developers to clear wide swaths of forest without replanting a single tree.

But there is also hope: The study found that with the right policies and investments in place, Maryland can achieve a net gain in forests and tree canopy. More trees mean cleaner water and communities that are more resilient to the rising temperatures and flooding rains associated with climate change. It is also past time to correct disproportionately low rates of tree cover in underserved communities that deserve more.

To get there, CBF is urging the Maryland General Assembly to update critical tree goals and legislation, as well as fully fund the state’s ongoing 5 Million Tree planting program.

Oysters are both a key natural filter and an iconic (and tasty!) Bay food. While restoration efforts are helping to stabilize and expand wild oyster populations in Maryland and Virginia, they remain at a tiny fraction of their historic abundance. Oyster aquaculture can augment the wild fishery, sustainably helping to meet growing food demand and cleaning the Bay in the process. Maryland’s shellfish aquaculture industry has grown significantly, but there is still opportunity for this burgeoning industry to expand.

Unfortunately, producers are struggling with delays in lease processing, lack of market access, and access to start-up capital. The COVID-19 pandemic also clearly demonstrated the need to build additional resilience into the industry through the development of alternative revenue streams and markets for aquacultured shellfish products. CBF will be urging the Maryland General Assembly to pass priority legislation to expand and support oyster aquaculture.

In Virginia, CBF will be urging the passage of an oyster shell tax credit to encourage businesses and others to recycle oyster shells for restoration purposes. The number of shells available for restoration efforts is very limited, and baby oysters prefer to set and grow on hard surfaces such as other oysters and shells. This tax credit will encourage restaurants and others to recycle their shells.

Climate change is affecting our precious Bay—adding more stress to a system still out of balance. The physical impact has long-lasting implications for its waters, wildlife, and watershed.

In the last several years, Virginia has taken a number of steps to enhance its resiliency in the face of more severe weather and a changing climate. Protecting these measures is a priority for the 2023 legislative session, including:

In Maryland, legislators can help turn the tide on climate change impacts by targeting investments to practices that can fight climate change while protecting and improving water quality. Lawmakers can also ensure that laws and regulations governing our shorelines, stormwater systems, and vulnerable natural areas are up to the task. CBF is looking to this class of elected officials to:

5. Looking Out for the Watershed’s Wildlife

The Chesapeake Bay is home to more than 3,000 species of plants and animals, including 348 species of finfish, 173 species of shellfish, and roughly 30 species of waterfowl. Protecting them is just as important as protecting the 18 million people who live, work, and play in the watershed.

Earlier this year, the Virginia Marine Resources Commission (VMRC) and the Maryland Department of Natural Resources released the results of the 2022 Blue Crab Winter Dredge Survey, an annual estimate of the population of blue crabs in the Bay and its tributaries. This year’s survey estimated total crab abundance at 227 million—the lowest in the survey’s 33-year history. CBF is asking Virginia legislators to appropriate $225,000 to VMRC so that it can conduct a more robust blue crab stock assessment.

Also in Virginia, we will also be focusing on restoring freshwater mussels—an important part of the state’s natural heritage as well as a key natural filter. Last year, the Virginia General Assembly allocated funds for the development of a statewide mussel restoration plan. Legislators can further advance mussel populations by allocating $2 million to the Virginia Fisheries & Aquatic Wildlife Center to support its hands-on mussel replenishment efforts.

And So Much More

While these are some of the major clean water issues we'll be advocating for in 2023, they do not encompass all that we will be fighting for. You can explore our website to learn more about these issues and our other advocacy priorities in Maryland, Virginia, Pennsylvania, and the 118th United States Congress.