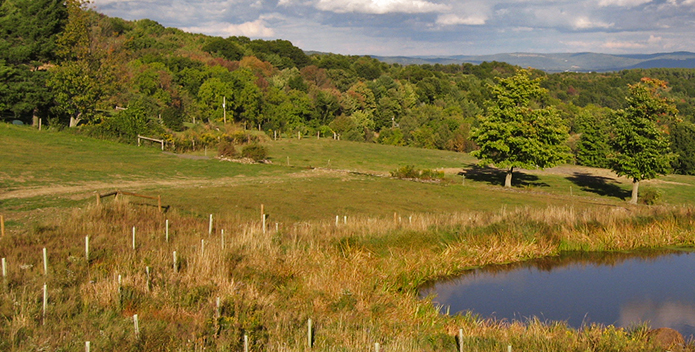 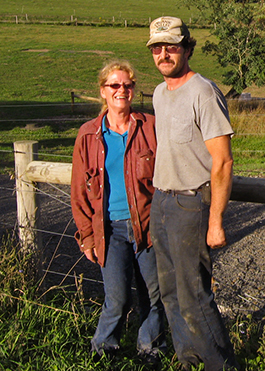 Since Bill and DeLecia Plouse started their dairy farm in 2008, they've taken their role as stewards of the land very seriously. "I think every organic farmer out there realizes and understands about sustainability in the environment," said Bill who refers to his farming methods as sustainable rather than simply organic. "We've always tried to do the best we can environmentally. We have an organic-systems plan, a conservation plan, and a nutrient-management plan."

And yet there were limits to what the Plouses could do in a business where the profit margin is already very slim. "It's very difficult to make the conservation improvements and come up with the money to farm environmentally," said Bill. Fortunately, the Plouses didn't have to do it alone. In cooperation with various local, state, and federal partners, Bill and DeLecia found funding. CBF helped them implement a variety of conservation practices that have dramatically reduced pollution running off their land.

Today, the Plouse Family Farm in Bradford County, Pennsylvania, is a shining example of what CBF is doing to make sure cost doesn't stand in the way of implementing the Chesapeake Clean Water Blueprint. With our assistance and our partners, the Plouses were able to install an electric fence to keep their 120 cows out of the stream. They've built proper crossings and planted 2.6 acres of forested buffers along streams that run through the farm. They've installed an alternative watering system that provides fresh clean water to the herd. In addition, they planted grassy buffer areas along the borders of fields where they grow feed crops. These buffer strips not only keep the soil on the land, but also absorb excess nutrient pollution running off the fields.

"The Chesapeake Bay Foundation and our Bradford County Conservation District helped give us avenues to do these things that we've always been interested in doing," Bill said. "I know from my grandparents that the streams flowing into the Chemung River, which goes to the Susquehanna River and the Chesapeake Bay, once had fish in them. Now there aren't any, and that's not going to change unless everybody does their part to clean up the waters."

Like us, the Plouses are hopeful that the fish will one day return to the Chemung River, but we've got a long way to go. The Blueprint is the best way to get there, and CBF is working hard to remove the road-blocks and accelerate progress through restoration programs like this one and many more. "I can just imagine being able to trout fish in the streams on our farm," Bill said. "That'd be wonderful."

What's Up in Pennsylvania