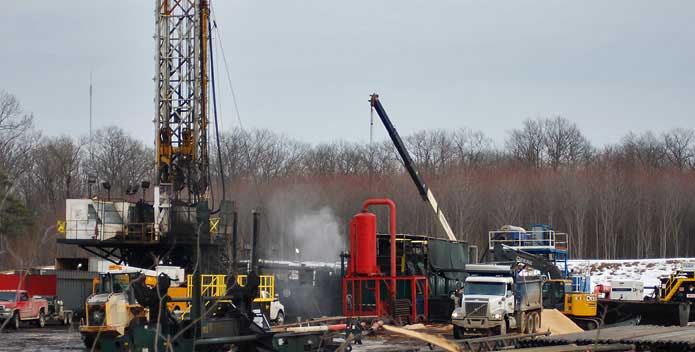 Safeguarding Our Waters and Lands from Contamination

As energy companies across the nation increase their withdrawal of our country's natural gas reserves, many residents and environmentalists are concerned about the potential problems associated with extracting, transporting, and storing this valuable resource. No one disputes the need for local clean, efficient energy resources. But there are concerns over the potential impact to our land and water.

Because of the magnitude and intensification of natural gas drilling and the associated infrastructure it brings, unconventional and expanded natural gas development threaten to have a profound impact on the landscape of the Bay watershed for generations to come. The cumulative impacts from the construction and operations of well pads, access roads, pipelines, and compressor stations, as well as the water quality impacts and air pollution from trucks, well drilling, and ships may pose a risk to the Chesapeake Bay and the rivers and streams that feed into it.

CBF's concerns for the cumulative impacts of natural gas development call for a thorough and region-wide assessment of impacts from drilling and the subsequent natural gas distribution system.

CBF has undertaken a three-fold response plan to natural gas development and extraction, and has commented on individual natural gas pipeline projects.