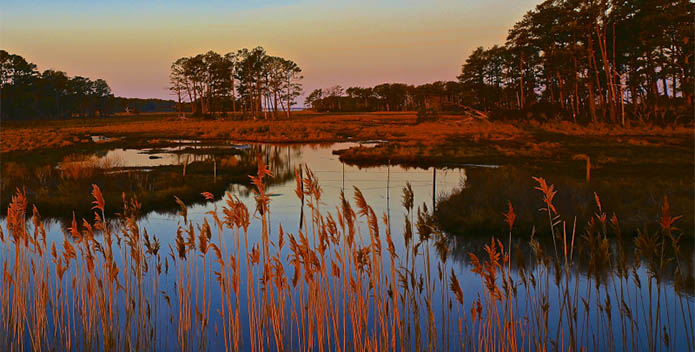 The Chincoteague glow at sunset.

3/23/2018 UPDATE: Congress has passed a spending bill fully funding EPA's Chesapeake Bay Program through the end of Fiscal Year 2018. This is a critical piece of Chesapeake restoration efforts that coordinates scientific research on the health of the Bay and provides grants to state and local governments to help reduce pollution. It's successful, bipartisan, non-controversial—and it's a critical part of the Bay restoration efforts that are helping crab and oyster populations rebound, shrinking the Bay's dead zone, and allowing Bay grasses to thrive. Please take a moment now to thank your Congressional representatives for standing up for the Bay!

Last week, the Trump Administration issued a preliminary budget that eliminates all funding for the Chesapeake Bay Program (CBP), a critical part of the state/federal partnership to restore the Bay and its rivers and streams.

But what exactly does the Chesapeake Bay Program do, and how does potentially gutting it affect the health of the Bay?

The CBP is an unusual entity. It's an arm of the U.S. Environmental Protection Agency (EPA), but also a partnership of federal, state, and local agencies involved in the work of restoring the Chesapeake Bay, as well as a host of academic and non-profit partners. You can think of it as a large and diverse group working together, organized and partially funded by EPA. And it is responsible for hundreds of actions in the field that help Save the Bay, from rebuilding wetlands, to restoring oyster beds, and so much more.

That leads me to the Five Reasons the Chesapeake Bay Program Is Critical to Saving the Bay:

The Chesapeake Bay Program has been called a model of cooperative federalism, the system of government established in the American Constitution. It is the federal and state governments working together to solve a regional problem. Rather than eliminate it, we should be supporting it.

To say that now is the Chesapeake Bay's moment in time has never been more true. Take action right now to urge Congress to reject the Trump Administration's budget proposal and protect our Bay and rivers and streams.