This Week in the Watershed: Pride or Disgrace 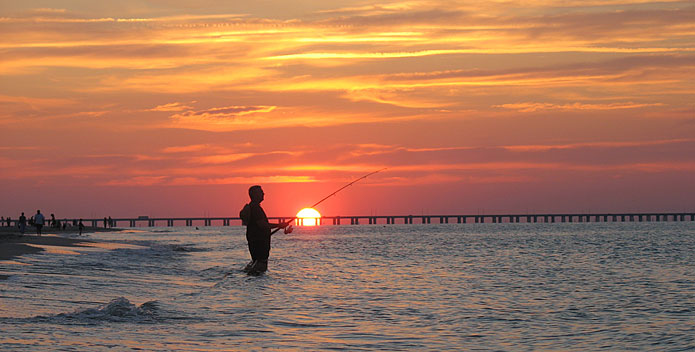 Sunset fishing on the Bay. Photo by Diane Hotaling.

It has been several months since the Trump administration proposed its federal budget, but we are still aghast at the draconian cuts to Bay cleanup programs. This week, the long-time editor of the Bay Journal released a comprehensive look at the depth and extent these cuts would have on cleanup efforts throughout the watershed.

The list is depressingly long. No longer tracking the impact of chemicals in the Susquehanna and Potomac river basins. Removing funding to understand and plan for the impacts of climate change and sea-level rise. Eliminating programs improving public access to the Bay and its rivers and streams. And unfortunately, that's just the tip of the melting iceberg.

At first glance, these issues might appear just to impact those in the Bay's 64,000 square mile watershed. But a closer look reveals much more. As a recent NPR report exploring the Bay cleanup highlighted, environmentalists outside the watershed may have looked eagerly to the Chesapeake Bay as a model cleanup they could adopt in their own backyards. Though with all the cuts to the Bay cleanup effort, the model is at risk of deteriorating before it has a chance to fully bear fruit.

More importantly however, what's at risk here is a true national treasure. As CBF President Will Baker warns in the NPR report, if the federal government withdraws from the Bay cleanup effort, "I think…you would see the Chesapeake Bay revert to a national disgrace right as it's becoming a great national source of pride." Despite this dreadful budget proposal, it is Congress who ultimately holds the purse strings. TAKE ACTION NOW—Urge Congress to preserve funding for the Chesapeake Bay and its rivers and streams!

This Week in the Watershed: Uniting for the Bay, WOTUS Downer, and Half Crabs