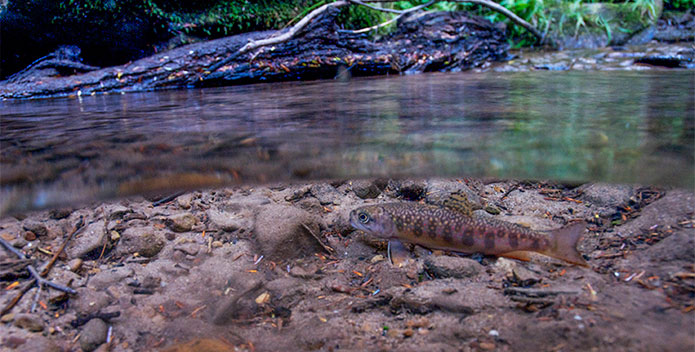 In York County, the idea to create a stormwater authority is going from the feasibility stage to development of an actual business plan.

The authority would produce cost-effective regional stormwater solutions to address problems like nuisance flooding and local stream pollution. Sources of drinking water would be cleaner and there would be more fishing opportunities.

Elsewhere, in a watershed that drains much of the greater Harrisburg metropolitan area, more than 600 feet of eroded stream channel was stabilized and restored on a tributary of Paxton Creek.

In Lancaster County, American Rivers will remove Krady Mill Dam. It is a deteriorating safety hazard and the first barrier on Chiques Creek, a tributary of the Susquehanna River. Removal will also benefit migratory and resident fish.

Financial and technical assistance from the National Fish and Wildlife Foundation (NFWF) supports cost-effective and creative solutions that clean and restore polluted rivers and streams in Pennsylvania and the Bay states.

Investments like these come through NFWF's Chesapeake Bay Stewardship Fund.

Innovative Nutrient and Sediment Reduction grants from the Stewardship Fund support projects that reduce polluted runoff. The Fund's Small Watershed Grants support projects that promote community-based efforts to protect and restore the natural resources of the Bay and its rivers and streams.

Projects in Pennsylvania that benefit from NFWF grants in recent years are too numerous to list. Here are a few more--

As Pennsylvania's budget continues a trend of inadequately funding pollution reduction efforts, federal partnerships like those with NFWF and the Chesapeake Bay Program are as important as ever.

Roughly 19,000 miles of Commonwealth rivers and streams are harmed by pollution. NFWF investments help clean them up, improve farm economies, and protect human health and welfare.