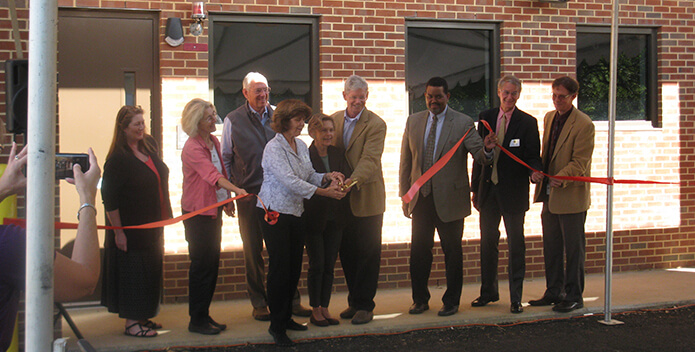 While the opening of the new wastewater facility at Moores Creek was hardly the biggest news story to come out of Charlottesville this year, it was exciting for all of us who care about a cleaner Rivanna River and a healthy Chesapeake Bay.

My wife Drene and I have always been interested in ecology, controlling pollution, and especially recycling. But our concerns about water quality became more focused about 20 years ago when we began sailing on the Chesapeake Bay out of Deltaville. Although we had some degree of prior awareness about pollution of the Bay being a long-standing problem, we were quite shocked and perplexed by our first mid-summer encounters with zones of floating dead fish.

This led us to join the Chesapeake Bay Foundation to lend our support to Bay clean-up. We became much more involved in 2013, when we enrolled in the CBF Volunteers as Chesapeake Stewards (VOICES) program led by CBF field specialist Robert Jennings near our home in Charlottesville. This excellent class provided us with the knowledge and inspiration to become advocates for clean water.

Since then, Drene and I prompted a local shopping center to install grates to block trash from entering storm sewer openings. We also got our marina in Deltaville to start an active recycling program. In addition, we've grown underwater grasses for restoration projects, collected oyster shells from local restaurants for recycling, and raised oysters at Deltaville Marina as part of CBF's oyster gardening program. 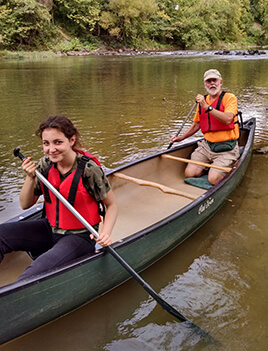 Doug DeGood and his granddaughter canoeing on the Rivanna River.

You might be surprised how, "I grow oysters and collect spent oyster shells," can quickly become a topic of conversation that leads to meaningful discussion about the Bay. Or for that matter, stating, "I attend waste water pump station dedications," can now serve as a similar opening gambit.

This brings us back to the new Moore's Creek Pump Station, for which I attended the ribbon cutting in October. The Rivanna Water & Sewer Authority, which covers Charlottesville and Albemarle County, has long been recognized as a leader in environmental stewardship. However, continued development and population growth over most of the past decade led to increasing stress on the pump station located adjacent to the city's Riverview Park. This produced occasional overflows of untreated wastewater directly into the Rivanna River, which runs into the James River, and ultimately, the Bay. There was sufficient capacity to treat this rain water at the nearby Moores Creek wastewater treatment plant, but there was no way to pump and transport the water to the plant.

Amidst considerable debate, seven years ago, city and county officials decided that the outdated Riverview Park station would be phased out and replaced by a new pump station to be located directly on the Moore's Creek treatment site. A serious obstacle was that 1,600 feet of solid rock separated the old and proposed new facilities. In 2015, a tunnel-boring machine successfully excavated through the rock to allow for the installation of a 60-inch-diameter underground pipe to connect to the new station site. This has more than doubled the pumping capacity to 53 million gallons per day of waste water.

To me, the will to build it is just as impressive as the facility itself. Officials stood firm on the Sewer Authority's commitment to, "protect our local streams and rivers along with the Rivanna and James Rivers and the Chesapeake Bay." It was my personal pleasure to thank officials from the Sewer Authority, Charlottesville, and Albemarle County, for their commitment to clean water.

Attending this event was a very gratifying experience for me. I felt welcomed there as a private citizen, as well as a CBF representative. Furthermore, I learned a lot about an aspect of clean water that is, indeed, often under the radar. I sincerely believe that anything we can do as individuals to praise such responsible actions is much needed and well deserved. These are the types of projects that deserve our support.