Now Is Not the Time to Limit Oyster Aquaculture 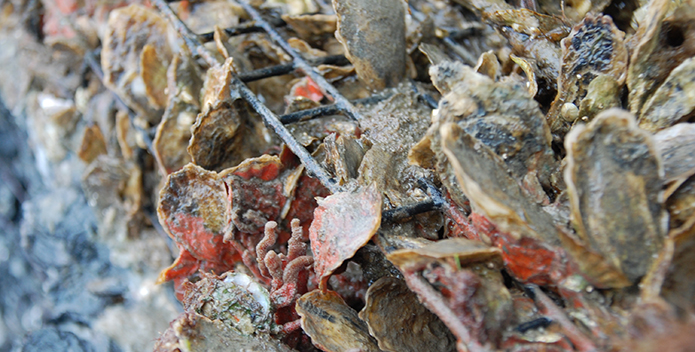 Oyster aquaculture is a growing industry throughout the Bay.

The following was first published in The Enterprise.

The Chesapeake Bay Foundation opposes the proposal being discussed by St. Mary's County commissioners to institute an 18-month moratorium preventing oyster aquaculture farmers from using docks in the county. The public has an opportunity to weigh in on the proposed policy at a public hearing tomorrow, Tuesday, Aug. 28.

The proposal directly targets only one business—oyster farmers—and would limit their ability to continue raising oysters, a bivalve that filters pollutants from the Chesapeake Bay. The oyster farms provide ancillary benefits to fishermen by serving as a habitat for other marine life such as juvenile crabs and fish.

Limiting the ability of aquaculture boats to access commercial docks and other piers will affect watermen. About 63 percent of aquaculture leases in the county since 2015 have been held by watermen, according to state lease data. The policy also could send the economic benefit that local oyster aquaculture operations create to neighboring counties. Oyster farmers may sell their product to businesses in Calvert County or elsewhere if they're not allowed to dock their boats and offload oysters in St. Mary's County.

This policy also won't stop oyster farmers from working or obtaining leases in the county as those are regulated by the state.

Oyster aquaculture is a growing business in Maryland. The University of Maryland reported that more than 60,000 bushels of oysters were harvested from aquaculture leases in 2016—a 1,019 percent increase in bushels since 2012.

Obtaining an aquaculture lease is difficult and regulations have been put in place by the state to protect waterfront property owners. Property owners are notified before leases are granted near their homes. The leases must be at least 50 feet from shore and channels must be made to allow boats to get to and from private docks on shore.

Now is not the time to limit oyster aquaculture, a growing segment of private investment benefitting the state's economy that also improves the health of the Chesapeake Bay.