Lest We Forget: Some Thoughts about Endangered Species Day 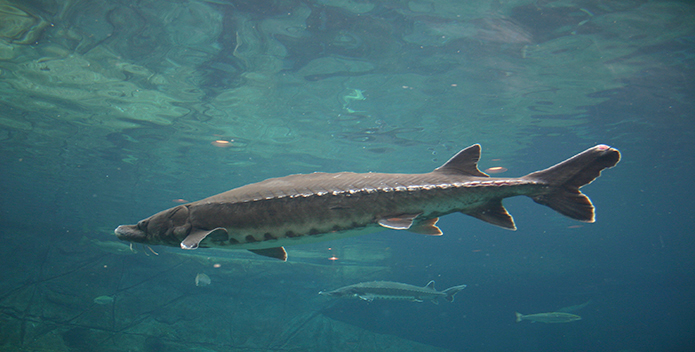 A fish with unparalleled historical significance, the Atlantic sturgeon is threatened with extinction on our watch.

It's a double irony that we need an Endangered Species Day to remember fish like the Maryland darter, indigenous to three Susquehanna River tributaries in Harford County, Maryland, which has disappeared apparently due to careless human development in those watersheds. Invariably, the damage sustained by those streams is the kind that the Chesapeake Clean Water Blueprint is designed to correct. Thus appropriate commemoration of Endangered Species Day includes a re-dedication to the Bay states' renewal of their Watershed Implementation Plans (WIPs) (in Virginia, Maryland, and Pennsylvania), the specifics of the Blueprint designed to take us to its goals for 2025.

The second stage of the irony, though, is that even as we mourn that lovely but regionally restricted little fish, we forget to consider the plights of several others that have played important roles throughout the Chesapeake ecosystem. Here are four more that are laboring under serious threats to which the Clean Water Blueprint and its renewed WIPs speak: