Trees Are Improving Communities and Virginia Legislators Can Help 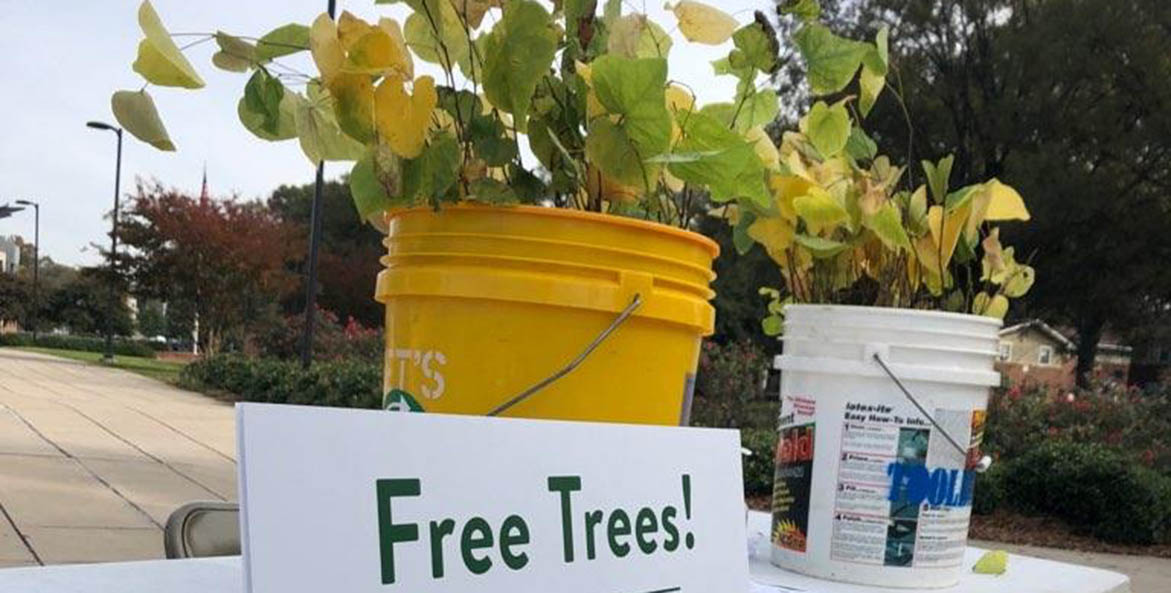 When 12,000 trees were left over from a project that was stalled by COVID-19, Daniel Klein quickly worked with the City of Richmond and local organizations to give them away to the public.

The following was first published in The Richmond Times Dispatch.

Have you ever noticed a blooming dogwood in the spring? Relaxed in the shade of a spreading oak on a hot day? Stayed dry under the canopy of a leafy tree during an unexpected downpour? Day in and day out, trees quietly lend a hand in our communities without us giving it much thought.

Trees are a simple and effective tool to make Virginia neighborhoods more livable while providing a cost-effective option to address environmental concerns. In the upcoming General Assembly session, Virginia legislators should help cities and counties expand those efforts.

Trees stick around for decades, often thriving with occasional care. As they grow, they pay bigger and bigger dividends. Trees even serve as a symbol of hope for the future.

Richmond Tree Committee member Daniel Klein organized a giveaway of 12,000 native redbud tree seedlings in Richmond this fall. At dozens of pickup sites around the city, people would walk by, see a sign for free trees and smile.

Many stopped and took a few tiny trees home to plant in their yards. "Planting a tree is a really great way to participate in a brighter future," Klein said. Five years from now, as winter turns to spring, those redbuds will paint Richmond shades of pink and purple.

Virginia cities are starting to get attention for their tree-related efforts. In Richmond's South Side, formerly redlined neighborhoods still suffer from dangerous summertime heat due to a lack of tree cover and an abundance of concrete and asphalt—a legacy of discriminatory lending practices targeting Black communities.

The city of Virginia Beach is joining hands with local groups such as Lynnhaven River NOW to plant trees in areas at risk of flooding. The effort aims to create a network of forests around areas prone to recurrent flooding, an immediate, cost-efficient step for reducing flooding.

Despite these promising initiatives, local governments are not able to fully realize the power of using trees for good. Currently Virginia law limits how localities can maintain and increase tree planting and preservation when sites are being developed.

A proposal for this legislative session would give cities and counties more flexibility to expand tree cover in specific cases, such as remedying ongoing injustices as a result of redlining, addressing recurrent flooding and meeting permit requirements to reduce pollution to waterways. Under a bill patroned by Del. Nancy Guy, D-Virginia Beach, localities could choose to expand their reliance on trees as a cost-effective tool to tackle these priorities.

This work becomes even more urgent when you consider what is disappearing. Virginia loses a staggering 16,000 acres of trees annually to development, disease and storms, according to the Virginia Department of Forestry. Think of that in terms of flooding and pollution to waterways.

A one-acre parking lot collects and discharges 27,000 gallons of stormwater during a single 1-inch rainstorm. In contrast, an acre of forest allows only about 750 gallons of stormwater runoff to enter waterways. The leafy canopies of trees slow rainfall before it reaches the ground, allowing it to infiltrate into the soil. There, tree roots absorb water and pollutants before they exacerbate pollution and flooding.

There are also tangible health benefits for communities. Tree-covered neighborhoods in Richmond and other cities can be up to 16 degrees cooler on hot summer days, according to research led by the Science Museum of Virginia and partners.

Trees can help us breathe more easily, as their leaves trap harmful air particles associated with asthma and other respiratory illnesses. Creating more trees and green space in a community encourages exercise.

Investing in tree planting and preservation creates local green jobs. Trees cast shade that can lower air conditioning bills. Urban and community forests could save Virginians $175.5 million annually in energy costs, according to a study by the U.S. Department of Agriculture's Forest Service.

We are familiar with the beauty of a blooming dogwood, or the relief of a spreading oak's shade. Now we are also starting to realize just how important trees can be in addressing some of the most pressing challenges our communities face.

Virginia legislators can be part of the solution this legislative session by giving cities greater ability to plant and preserve trees.