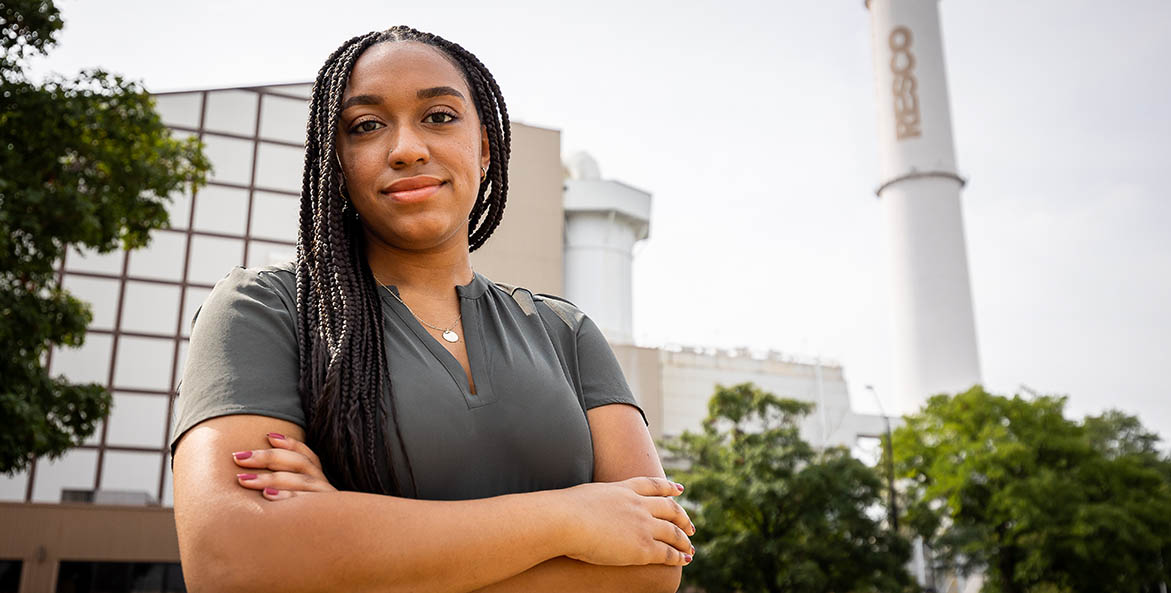 On January 7, 2020, the U.S. Court of Appeals for the Fourth Circuit struck down a permit for a proposed natural gas compressor station. The State Air Pollution Control Board, they ruled, had not adequately considered the impact and health risks to the historic, predominantly African American community of Union Hill in Buckingham County, Virginia.

"Environmental justice is not merely a box to be checked," Judge Stephanie Thacker wrote in the opinion.

It was a huge win for the Friends of Buckingham, a community group that challenged the permit with representation by CBF and the Southern Environmental Law Center. It also put regulators on notice that meaningful consideration of environmental justice is not an option when deciding whether or not to issue permits to polluting facilities.

"Environmental justice has often been relegated to an idea or concept that activists and advocates say," says Taylor Lilley, Environmental Justice Staff Attorney at CBF. "Buckingham made it concrete."

But the work to ensure that precedent-setting decision makes real change, and ensure environmental justice survives the moment, is just beginning. Part of that is continuing to reinforce the Buckingham ruling through carefully selected litigation. The larger task, though, is developing relationships with environmental justice communities and supporting their efforts to stop disproportionate pollution and environmental harm. Doing so not only addresses public health concerns, but also pollution sources—like air pollution, sediment runoff, and sewage overflows—that impact the Chesapeake Bay.

"The frustration a lot of communities have with green groups is, where have you been? And that's accurate," Lilley says. "If you plan to do something different, you have to acknowledge where you haven't been before. Then you can take the next steps of developing earnest relationships with an entire demographic of people who haven't been able to engage with us in the past."

Her first week at CBF, Lilley attended a community rally against the Buckingham Compressor Station. She's continued that work by talking with activists, going to community meetings, and listening to stories in places like Charles City County, a rural Virginia community where two large natural gas plants were proposed. But environmental justice shouldn't just be the realm of lawyers—building relationships in education and community advocacy is equally important.

"I think it would be a shame if the lesson we took from the environmental justice movement is that the only time we engage with these communities is when they're being attacked by a polluting industry," she says.

In all cases, the community needs to be front and center.

"It's important to remember we're there to support communities and uplift their voices, amplify those voices, and pass our megaphone on to them so they are being heard," Lilley says.

CBF has worked to ensure that everyone has equal access to clean water, clean air, and a safe environment.

The environmental justice movement in the United States rose to national prominence in 1982, when a largely Black community in Warren County, North Carolina, protested the dumping of toxic soil in a new hazardous waste landfill. The protests brought attention to environmental inequities that continue to this day: Communities of color and communities with lower incomes are more likely than their white or more affluent counterparts to live near polluting facilities and suffer the ill effects of that pollution.

Racist policies have led to many environmental injustices, but so too has the absence of large environmental organizations from many community-led challenges to polluting facilities. "If you're asking where have environmental groups been, in many cases, the answer is absent," says Taylor Lilley, Environmental Justice Staff Attorney at CBF. That's beginning to change. CBF joined other environmental and community groups in Baltimore to successfully push for a reduction in emissions from the city's Wheelabrator trash incinerator, which polluted nearby communities and the Chesapeake Bay, in 2018. Last year, CBF's litigation team worked with the community of Union Hill, Virginia, to secure a precedent-setting court opinion against a natural gas pipeline compressor station. The decision contributed to the demise of the Atlantic Coast Pipeline project that threatened waterways and forests, and explicitly stated that Virginia must address environmental justice in permitting decisions.

We must protect our land, air, and water. The folks in Union Hill won by working with many environmental organizations, including CBF. We can have victories all over the map if people join together.

Hear from the people of Charles City County, Virginia, a rural community east of Richmond being targeted for two large new natural gas plants and a pipeline expansion. CBF Environmental Justice Staff Attorney Taylor Lilley is working with partners and the community to ensure their voices are heard and to prevent pollution and other threats to clean water from these proposals.

UPDATE: Though this video was produced the summer of 2020, environmental injustice issues continue to persist in communities across the watershed. Since the production of this video, gas infrastructure in rural Virginia has faced setbacks and strong local opposition. Still, it’s more important than ever to support the people of Charles City County and other communities threatened by these proposals.