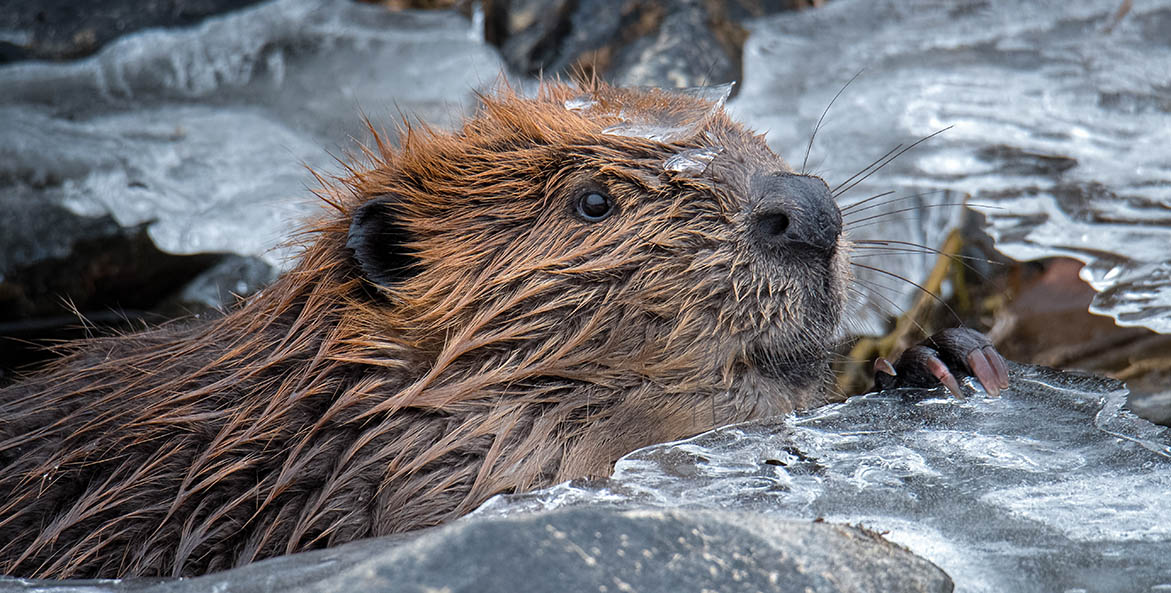 A beaver breaks through the ice on the Rappahannock River in Fredericksburg, Virginia.

These toothy, big-tailed creatures are some of the Chesapeake’s best Bay savers

Pop quiz: What do beavers and oysters have in common? Sure, they're both animals, but they're no more closely related than a garden snail and a squirrel, they both spend a lot of time in the water, but beavers don't have gills, and beavers are largely regarded as pests when many of us know of oysters as a delicious way to Save the Bay...Give up? They are both ecosystem engineers. Just as oysters build three-dimensional reefs that provide essential habitat that can regulate currents, oxygenate water, and, of course, FILTER their briny home, beavers build dams that trap sediment, store groundwater, reduce nutrient inputs to the Bay, and create wetlands and habitat to support biodiversity. And they do this mostly upstream, improving water quality throughout the watershed far before it reaches the Bay. In honor of International Beaver Day (yes, there's such a thing!), here are a few fun facts about North America's largest rodent: 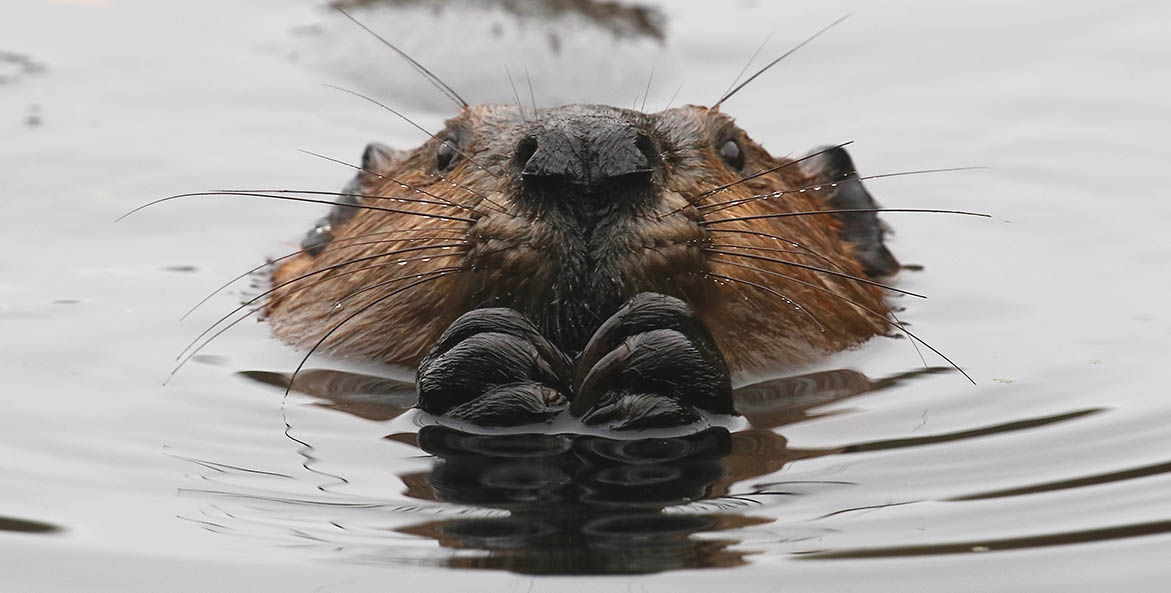 1. Beavers are increasing in population

Estimations of a historic beaver population for all of North America range between 60 and 400 million, but there could have once been around two million beavers in the Chesapeake Bay watershed. After intense colonial-era trapping, they were nearly extinct. While several American Indian tribes have long recognized the important role beavers play in the landscape, Europeans prized them for their fur which was used for making felt hats as well as for their castoreum (oil from the castor glands), which was used for medicinal purposes, flavoring, and in perfumes. Beavers were nearly eradicated from the region, but their numbers rebounded in the mid-20th century as trapping declined. 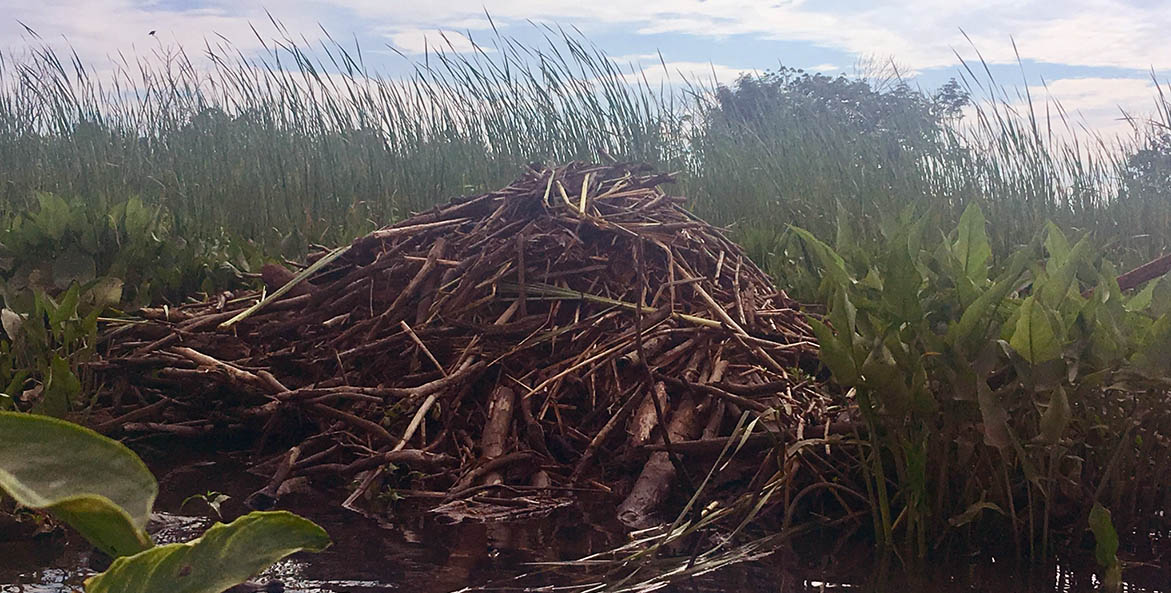 Beaver home in the Dyke Marsh area of the Potomac River near Washington, DC.

2. Beavers do wonders for our water quality

Over the years, beavers have developed a bad reputation with landowners for clogging culverts, flooding farmland, and making a meal of meticulous landscaping through their expert dam building. But scientists have recently recognized the beaver as an ecosystem engineer in our watershed. Dammed streams create ponds which can trap sediment (27 percent of total suspended solids), and trap, process, and remove nutrients (about 18 percent of total nitrogen and 21 percent of total phosphorus, according to scientists involved in a study at the Smithsonian Environmental Research Center in Edgewater, Maryland in 2000). Beavers do for free what our municipalities spend huge budgets on—slowing down and spreading out the water before it gets to the Bay, giving it a chance to soak into wetlands replenish groundwater. Emeritus Hopkins professor Grace Brush attributes once extensive, pre-colonial networks of riparian wetlands, well-known to be effective filters, to beavers. 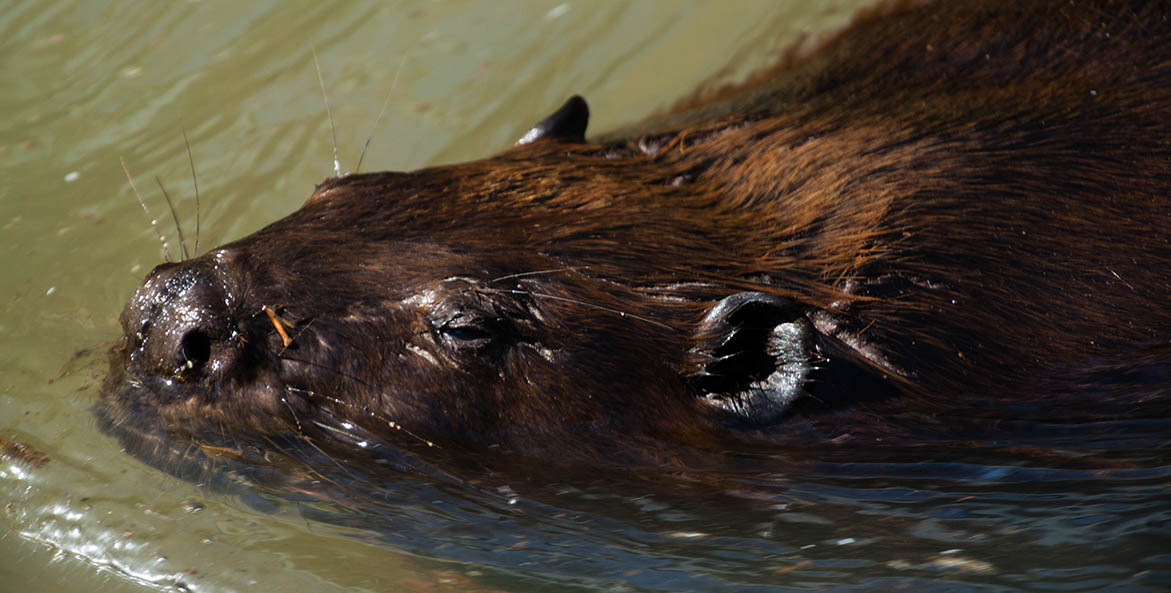 A beaver coasts through an enclosed section of Deer Park Lake at the Virginia Living Museum in Newport News, Virginia.

The current diminished value of beaver fur has reduced the trapping industry to a small fraction of what it once was. But the beaver's increasing populations means that there are more opportunities for beavers to cause conflicts with infrastructure and landowners which usually end in lethal measures. Luckily, we have options for fencing that can restrict beaver activity. There are other inexpensive devices that direct water to flow from beaver ponds and reduce them to amenable levels while allowing beaver colonies to stay put. These have made it possible for beavers to exist alongside human infrastructure and allow us to benefit from their ecosystem services, which were estimated to be over two hundred million dollars per year in a 2021 publication in the journal Mammal Review. 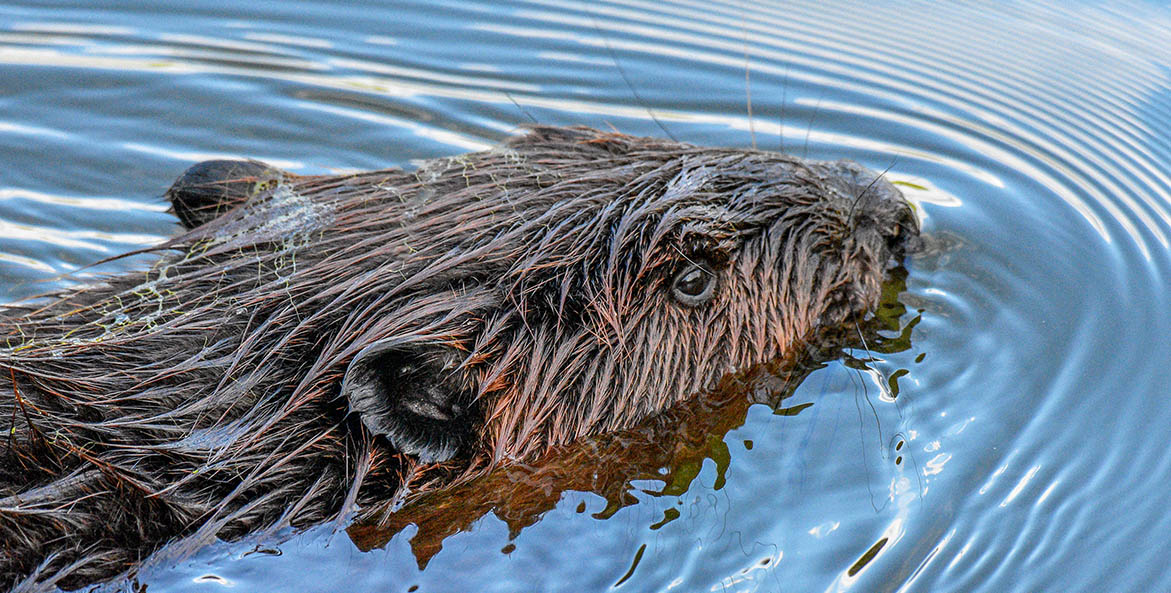 Our changing climate has brought floods, drought, and unpredictable weather in the Chesapeake region, as well as unprecedented wildfires in other parts of the country. Ponds created by beaver dams raise the water table, increasing available groundwater, and dams regulate the discharge of water, reducing peak flows which cause significant damage and loss of human life. In the western US, lush green stream corridors built and maintained by beavers reduce damage caused by wildfires and provide animals with refuge during burn events, as well as reliable water sources during drought periods. If beavers were to return to the watershed in a substantial way, backing water up along the Chesapeake's 100,000 tributaries could help keep crops watered and wells from drying up, and slow downstream discharge during intense storms. 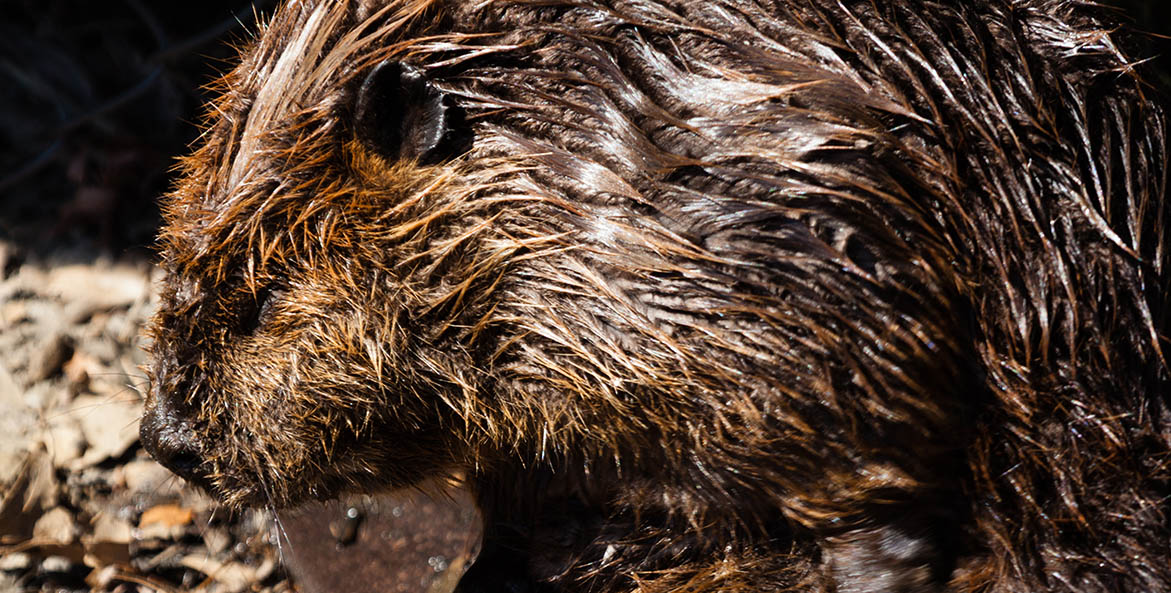 A beaver dries off after swimming through an enclosed section of Deer Park Lake at the Virginia Living Museum in Newport News, Virginia.

Restoration of fish passage is a goal outlined in the Chesapeake Bay Agreement and damming by beavers might seem like a bad idea. However, the porous dams built by beaver create an explosion of different types of habitat and the biodiversity to match. Once a dam is established, the upstream pool gets deeper and beavers build higher. Fish can wiggle through the leaky structures, and side channels form around them. Water filters through streamside wetlands; surface water is exchanged with groundwater (which regulates the temperature of the stream); and below the dam, the stream bed is left clear of sediment which is the perfect substrate for brook trout nesting. Slow-moving water in the beaver pond makes for easier foraging by young trout and results in larger, healthier individuals. Supporting a predatory fish like brook trout in the watershed's rivers and streams is akin to supporting striped bass in the Bay itself. And after 2 million years of co-evolution by beaver and trout, nature tells us that these two species belong together.

The incredible ecosystem services and benefits to wildlife provided by beavers and their engineering skills are beginning to be the focus of restoration efforts around the country, and it's starting to catch on in the Chesapeake region as well. If you're lucky enough to spot one of our busy buddies (a rare occurrence due to their nocturnal habits), thank them for their services! And if you're really curious, join the international discussion about beavers at a local BeaverCON coming up in June—CBF President and CEO Hilary Falk will be speaking at the conference.