A Bay Without Borders 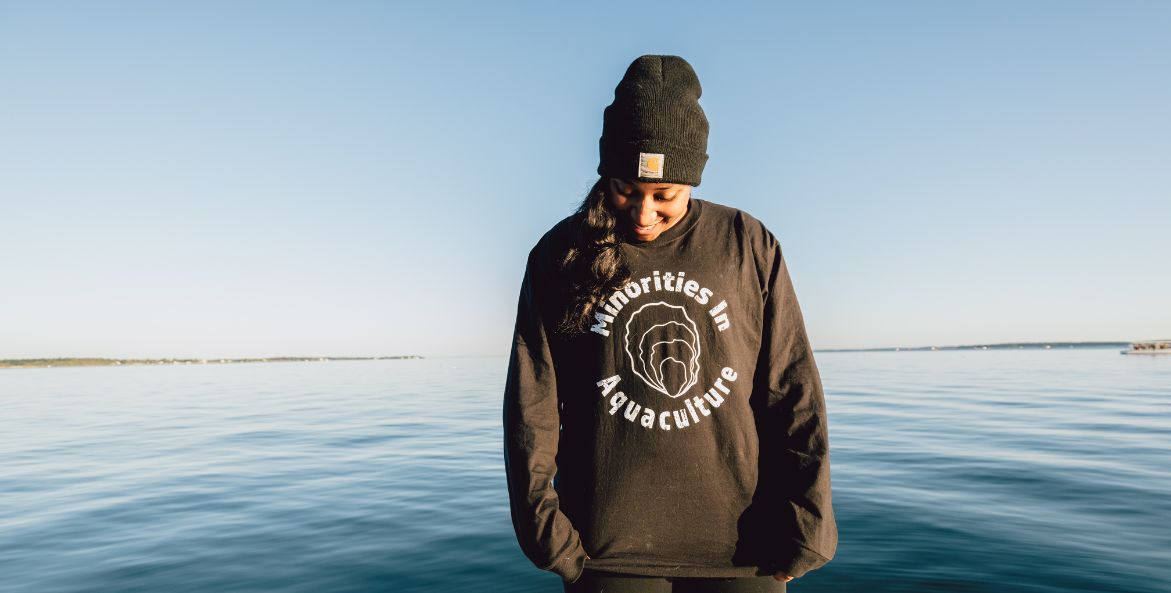 Imani Black founded Minorities in Aquaculture, giving women a community of empowerment, resources for career development, and a chance to build connections with the Chesapeake Bay.

Aquaculturist and activist Imani Black is changing the status quo in the oyster world.

Imani Black knew since she was seven years old that she wanted to work in the environmental world.

"There hasn't ever been anything else that I've wanted to do," she says.

"I had the opportunity to build a relationship with the Chesapeake Bay early on, and it has shaped my appreciation for where I live, what we're known for, and everything else that makes up the Eastern Shore."

Black's first exposure to the Chesapeake Bay was at a marine science camp at Horn Point Laboratory in Cambridge, Maryland. She later attended the Virginia Institute of Marine Science and spent six years working at oyster farms and hatcheries across Maryland and Virginia. Now, she's back at Horn Point as a master's student enrolled in the Marine Estuarine Environmental Sciences program. 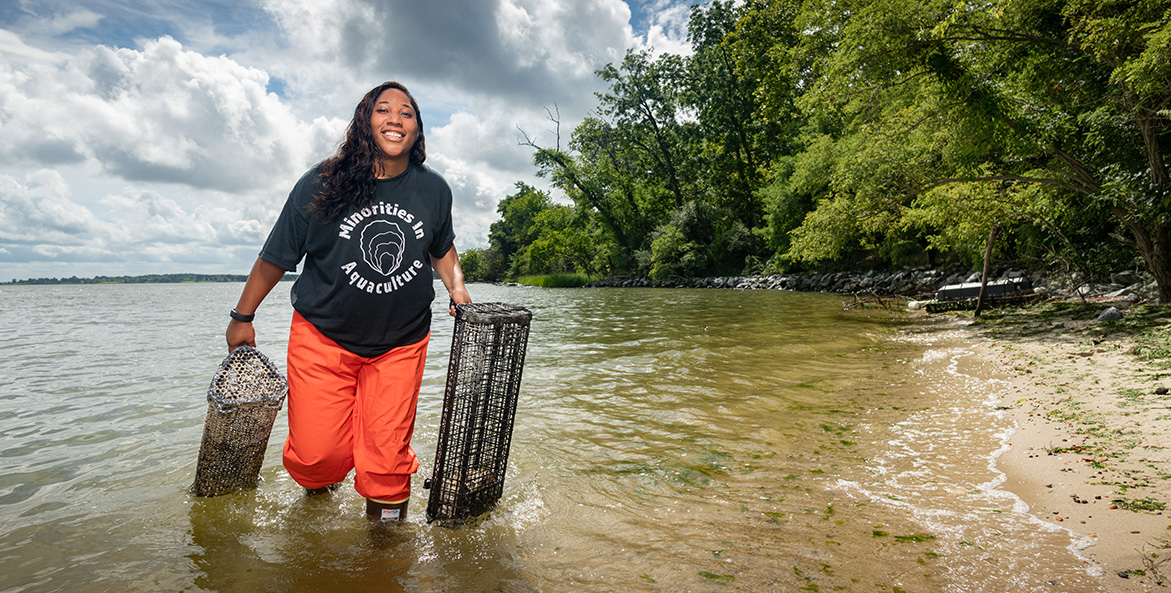 Imani Black, founder of Minorities in Aquaculture, has worked at oyster farms and hatcheries across Maryland and Virginia and is a master's student in the University of Maryland's Marine Estuarine Environmental Sciences program.

The aquaculture industry in the Chesapeake Bay is deeply intertwined with African American history. Yet Black noticed that the industry largely lacks a certain demographic—women of color. Driven by her own love for the Bay and the experiences she has shared with friends and family, she founded the nonprofit Minorities in Aquaculture (MIA).

"MIA is all about giving women a community of empowerment together and giving them resources and access to career development opportunities," she says. "We honor giving people the chance to have a relationship with the Chesapeake Bay no matter what their ethnicity and background is."

Black explains that a key to creating change is educating people on the minority history of the Bay's seafood sector.

"It's not about checking boxes for diversity," she says. "It's about preserving our legacy about the Chesapeake Bay. Honoring the entire history, including African Americans and their experiences, will help us in understanding the history of the Chesapeake Bay."

Intentional partnerships are crucial for growing MIA and ensuring its members have opportunities to thrive, Black says. MIA joined the Chesapeake Oyster Alliance (COA) in 2020. This coalition, founded by CBF in 2018, has brought together more than 85 non-profits, academic institutions, oyster growers, and other businesses behind its ambitious goals of adding 10 billion oysters to Maryland and Virginia waters by 2025.