A Fight for History in Hobson 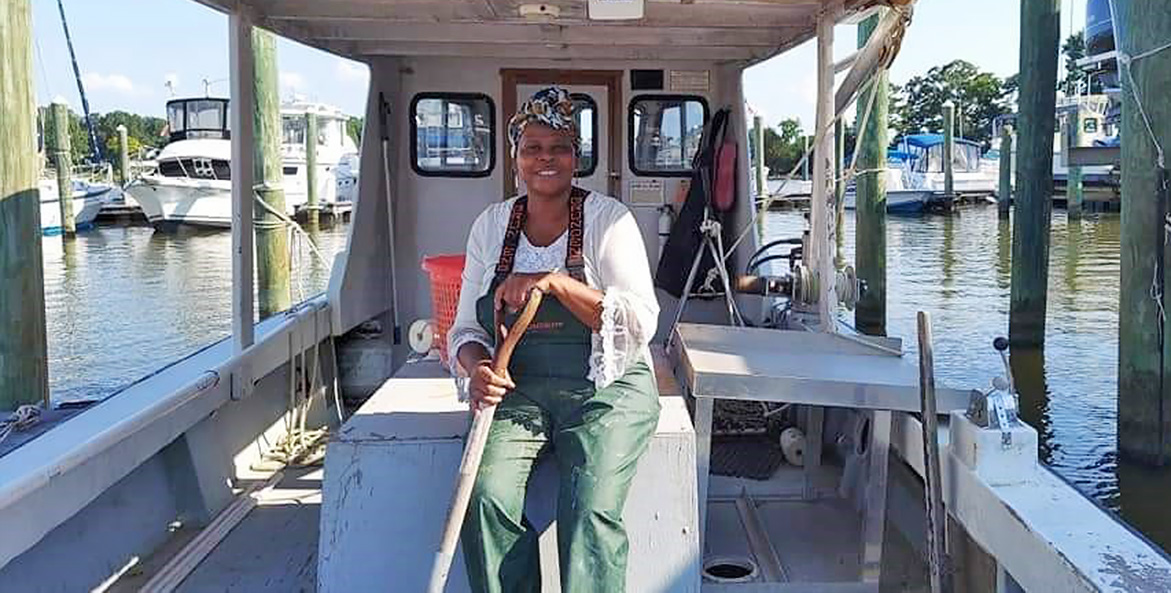 Mary Hill on her boat.

Waterwoman and activist Mary Hill is fighting to restore her community’s rights and way of life in Hobson, Virginia.

This is Part Two of the History for All series. The series explores the untold history and legacy of people of color in the Chesapeake Bay watershed and their ongoing part in its restoration. Part One tells the story of John Mallory Phillips.

Mary Hill was born and raised in Hobson, Virginia, the seventh generation descended from the deep roots of a powerful Hobson community. She is currently making history as one of only a few Black waterwomen, supporting herself and her elderly mother while managing 2,000 acres of oyster beds located primarily in tributaries to the Chesapeake Bay.

“Hobson has been and is today the home of a determined group of people…American people who happen to be Black. These are the descendants of the original folks who dug their own wells and devised and built their own watering aqueducts to provide running water to each and every home in Hobson,” Hill writes in her published booklet describing Hobson’s history.

The historical Hobson Village has played a significant role in Virginia’s history, much of it under its original Indigenous name ‘Barrett’s Neck’. This is the inspiration behind the name of Hill’s seafood business: Barrett’s Neck Seafood. Barrett’s Neck has been home to Black, Nansemond, and Quaker communities.

Although the successes of this community have been passed down from generation to generation, much has been taken away. Hill left Hobson after graduating from high school to find success elsewhere.

“When you have a family, there was things passed down—land, businesses, etc. But when they take all that away, what can you do?” she said.

Hill’s Hobson community has been in the eye of the storm of oppression for people of color. Historically, Hobson was a successful and sufficient Black and Indigenous village, where its members made a living through oystering, farming, and selling goods. However, White people in surrounding areas took advantage of times when people of color didn’t have equal rights; lying, tricking, and taking land and success from the Hobson people.

“The true boundaries of Barrett’s Neck are different,” Hill said.

Governors Point, Sleepy Lake, Cedar Crest, and more were all subdivisions formerly part of the original Hobson once owned by Indigenous and Black people.

One of the many examples of this oppression is Carter’s Cove Creek. This creek allowed many in the community to fully support their families as a pathway to plentiful fishing and oystering. The River and Harbors Act of 1899 protected these kinds of navigable waterways from being obstructed without permits and approval. However, after a decline in the oyster and fishing industry, as well as pushes for gentrification, the creek was dammed without any permits or approval in 1952. Yet to undam the creek now, legal permission and advocacy are needed. 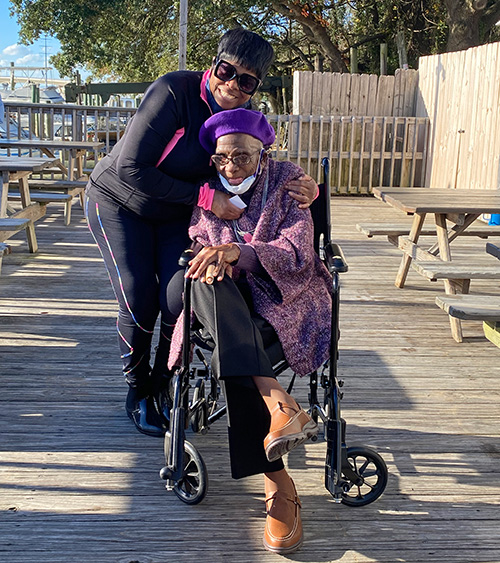 Hill eventually moved back to Hobson to take care of her elderly mother. Surprisingly, she soon learned of the abundance of oysters in the beds left to her by family, and of the needed advocacy for her community. She also became a Chesapeake Oyster Alliance (COA) Partner in August 2021. The alliance aims to add 10 billion oysters to the Bay by the end of 2025.

“Mary has consistently engaged on our state and federal advocacy issues since becoming a partner, as well as being a very active participant in all our meetings.  Mary has also brought her unique and much needed perspective to COA about the challenges of working the water, both from a historical and contemporary standpoint,” said Tanner Council, COA Manager at CBF.

Now, she fights the uphill battle to get Barrett’s Neck’s land, accreditations, and rights back. However, it has proven to be difficult to find proof of your history at a time when Black history wasn’t told.

“If it’s not documented in the clerk’s office, it doesn’t matter,” said Hill. “But why would they give us credit back then when we weren’t supposed to own anything?”

Despite the adversity faced by the community, there are still many people fighting for their rights alongside Hill.

Hill is a descendant of the watermen community and is working to resurrect people of color’s knowledge and skills on the water.

“That’s why I’m determined to hold on,” she declared.  “Not to resurrect this industry just for me, but for the many families of descendants here in this village who have the option to get on the water and make a fruitful living for themselves while creating generational wealth and a legacy. Anyone is welcome to learn this skillset. It is rewarding and it is doable. WE ARE STILL HERE!”