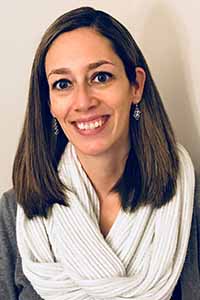 "We're excited to have Trisha on our team," said CBF's Pennsylvania Executive Director Harry Campbell. "Her background and experience in providing legal support for a variety of state and multi-state water quality efforts will strengthen our efforts to restore and protect Pennsylvania's rivers and streams."

Most recently, Salvia's duties with the Pennsylvania Department of Environmental Protection included the review and drafting of legislation, regulations, technical guidance, and policies. She has also worked in private practice and at other state agencies.

"My goal is to provide legal support in multiple areas," Salvia said. "That may come in the form of legal advocacy of the laws, regulations, and policies in support of clean water, and in thorough review of proposed legislation. I will also offer support in litigation and any other general legal matters to help guide CBF toward its mission of cleaning up Pennsylvania's rivers and streams and ultimately the Bay."

The Clean Water Blueprint is working. Numbers of oysters, blue crabs, and underwater grasses are increasing and dead zones are becoming smaller. The Chesapeake Bay Program's recent Bay Barometer indicated that 40 percent of the Bay and its tidal tributaries met water quality standards between 2014 and 2016. It is the highest amount ever recorded since data was first collected in 1985.

Long-term monitoring of pollution from Pennsylvania to the Bay is showing encouraging signs of progress. But pollution reduction efforts in Pennsylvania are far from finished. The Commonwealth provides half of the freshwater that flows into the Bay and roughly 19,000 miles of its rivers and streams are harmed by pollution.