This Week in the Watershed: A Bay Mutiny 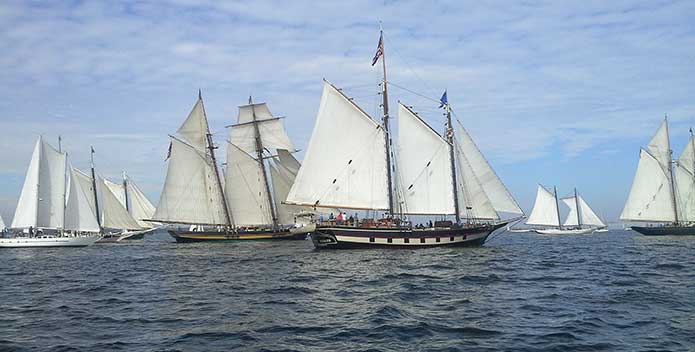 In 1608, during the first exploration of the Chesapeake Bay by European settlers, it was Captain John Smith who led the way. Of the countless voyages throughout this national treasure since, it's a safe bet that most had a captain.

For decades, the Bay states resolved to reduce pollution in their local waterways to save the Bay through voluntary agreements. Time and again however, restoration efforts faltered and little progress was made. It wasn't until 2009 when the Bay cleanup effort got a captain. The EPA agreed to provide scientific leadership and oversight for a new clean-up plan: the Chesapeake Clean Water Blueprint.

Under this plan, Bay states develop and implement their own pollution-reduction plans simultaneously and EPA tracks, assesses progress, and provides assurance that all states are fulfilling their commitments. And it's working. Bay grasses are at record levels, the dead zone is getting smaller, and oysters are beginning to rebound.

But all this progress is at risk. Thursday, the House passed an amendment to the appropriations bill that funds EPA (H.R. 6147) that prohibits EPA from spending money to hold states accountable if they fail to implement the restoration plans they developed. This gutting of EPA's ability to hold stakeholders accountable is against the Bay states wishes and threatens our opportunity of leaving a legacy of clean water to future generations.

Despite this setback, the fight isn't over. Once the bill is approved by the House, it goes to the Senate. And we will make sure our leaders hear from us. Stay tuned for the opportunity to urge your Senators to block this harmful amendment.

This Week in the Watershed: Farming Oysters, Seahorse Rescue, and a Harmful Amendment