A Call to Action for Hellbenders and Trees 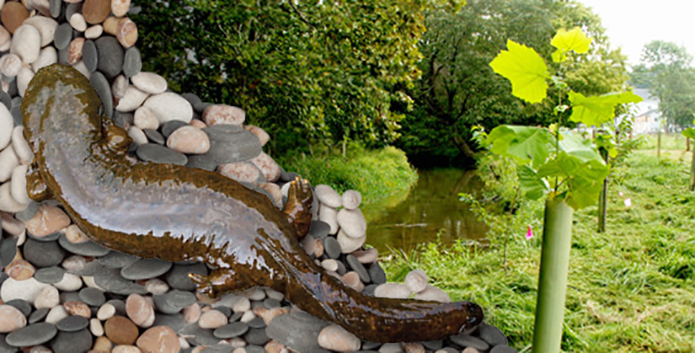 There's no denying that I have a greater interest in the happenings in the Pennsylvania State House than my fellow 17 year-olds. But as a member of Pennsylvania's Student Leadership Council, I understand the value of clean water to the Commonwealth and recognize the influence the halls of government in Harrisburg have on our rivers and streams.

Tomorrow, the Pennsylvania legislature is reconvening for the first time since June 30. With only 13 days left in their session this calendar year, the clock is ticking to pass two critical pieces of clean water legislation.

The Eastern hellbender is a one-of-a-kind native Keystone critter. These salamanders rely on cold, clear, and swift-running water for survival. But the loss of forested buffers along these waterways is resulting in warmer waters and silted streams, degrading the hellbender's habitat. In total, roughly 19,000 miles of Keystone State rivers and streams are polluted, and hellbenders are quickly vanishing from the region.

To draw attention to the plight of the hellbender, I helped write a bill along with the rest of the Student Leadership Council to designate the hellbender as Pennsylvania's official state amphibian. The bill passed the State Senate last November, but the job is only half done, as it needs support in the State House. Join me and become a hellbender defender! Tell your representative to support the hellbender bill, Senate Bill 658!

We say it often at CBF, but clean water grows on trees. When placed alongside streams, streets, and other critical areas, trees are one of the most cost-effective tools for cleaning and protecting our waterways. And the Keystone Tree Fund can help plant more valuable trees throughout the Commonwealth.

The Keystone Tree Fund would create a voluntary $3 check-off box on Pennsylvania's driver's license and vehicle registration applications. These donations would help to buy, plant, and maintain more trees across the Commonwealth. Trees filter and absorb polluted runoff, keep streams cool and clean, provide wildlife habitat, and stabilize streambanks, among many other benefits. Take action now and urge your representatives to support the Keystone Tree Fund!

Clean water is a right that every generation deserves. These two pieces of legislation are a great step in the right direction. Join me and help create a clean water legacy in Pennsylvania.