This Week in the Watershed: Bivalve Blues 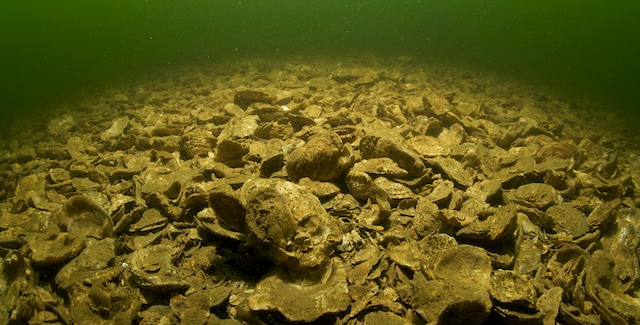 A mound of oyster shell.

During the rush of Thanksgiving week, a critical report was released on the current and future state of oysters in Maryland. And it didn't bring good news.

The journey to the first-ever Maryland oyster stock assessment began two years ago. That's when CBF fought for legislation requiring the assessment to better understand how many oysters were in Maryland waters and how to more sustainably manage the public oyster fishery. Unfortunately, the stock assessment confirmed some of our greatest fears, finding that Maryland's oyster population declined by more than half from around 600 million market size oysters in 1999 to less than 300 million in early 2018.

These figures represent just a fraction of the historic oyster population in the Bay. What's more, the assessment also indicated that harvesting is occurring beyond sustainable levels in more than 50 percent of the Maryland portion of the Bay.

While these results are alarming, and we are still digesting the 359-page technical report, it's clear that the state needs to develop a fishery management plan that protects existing and restored oyster reefs. Also, it needs to implement management actions not just to maximize harvest but to grow the Bay's oyster population.

Meanwhile, we are not sitting on the sidelines. In addition to advocating for the protection of oyster sanctuaries this upcoming legislative session, the Chesapeake Oyster Alliance is committed to planting 10 billion new oysters in the Bay by 2025. Those oysters, combined with more effective fishery management, can help turn the tide for the Bay's oyster population. A healthy oyster population is critical to a healthy Bay. We will not rest until we restore this keystone species.

This Week in the Watershed: Waterlogs, Swampy Rainbows, and a Sturgeon Comeback