This Week in the Watershed: The Bay's Cornerstone 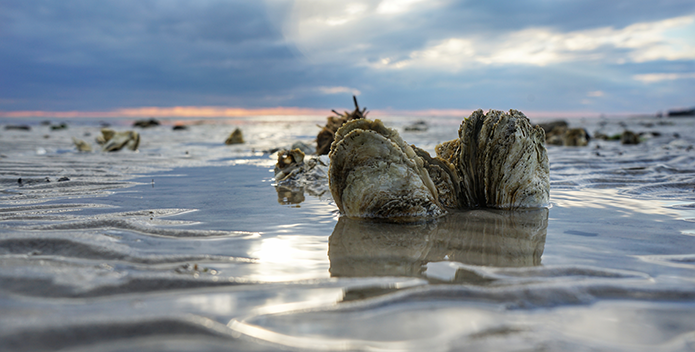 A single adult oyster can filter up to 50 gallons of water a day.

It's hard to imagine. A truly mesmerizing and spellbinding observance from Captain John Smith's first exploration of the Chesapeake in 1608, Smith detailed how oysters "lay thick as stones." But after centuries of disease, pollution, and overharvesting, this cornerstone of the Bay's environment, economy, and culture is at a fraction of historic levels.

Following decades of hard work, we are making progress restoring the Bay's native oyster population. And two complementary bills before the Maryland General Assembly would provide a path to restore our iconic oyster and the marine life that depend on them by permanently protecting five of Maryland's oyster restoration tributaries and creating an oyster fishery management plan.

Five tributaries are key to the Bay's oyster recovery in Maryland, including Harris Creek—the country's largest oyster restoration project. The significant public investments in large-scale restoration projects are working, but there is talk of opening these five tributaries for harvest. House Bill 298/Senate Bill 448 would protect these public investments, demonstrate Maryland's strong commitment to oysters and clean water, and provide tremendous natural benefits to the Bay and the citizens of Maryland.

Maryland's oyster population is half what it was in 1999, according to the first-ever stock assessment. The significant decline is a symptom of years of overfishing. To change this dynamic, House Bill 720/Senate Bill 830 would create a roadmap for increasing the oyster population long-term. Developed by top scientists at the University of Maryland's Center for Environmental Science, this proven approach to fishery management uses science to provide objective analysis of proposed management actions to all stakeholders.

Restoring the Bay's native oyster population is a substantial undertaking. Look no further than the effort from the Chesapeake Oyster Alliance to plant 10 billion oysters in the Bay by 2025. But given the oyster's filtering prowess and its creation of critical habitat, resurrecting this keystone species will make a dramatic difference in saving the Bay.

Will you join us in this fight? Take action—Tell your legislators to support Maryland's oysters and pass this critical legislation!

This Week in the Watershed: Global Solutions, Cleaning Up Coal Ash, and Legal Battles