A Legacy for the Bay 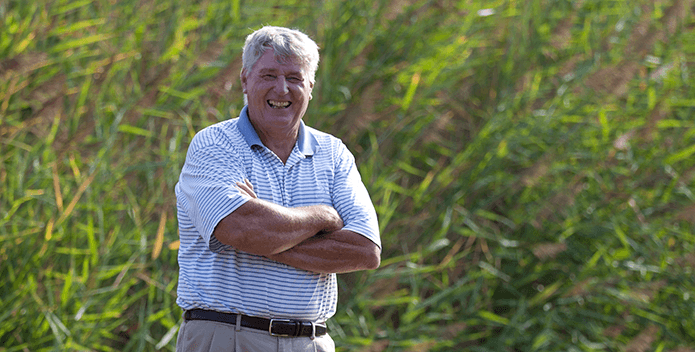 CBF fought from the bottom of the Bay to the tops of the trees during this year's Maryland General Assembly. Despite the success of several important environmental bills, the post-session celebration was tempered by the loss of House Speaker Michael Busch, a longtime advocate for the Chesapeake Bay, who died the day before the 2019 session concluded.

The day after Busch's death, the state Senate voted to override Governor Larry Hogan's veto of a bill sponsored by Busch to permanently protect the state's five oyster restoration sanctuaries. The legislation will serve as Speaker Busch's last achievement toward improving the Bay's health. The new law, a CBF priority, will protect the oysters in five Bay waterways where large-scale restoration efforts are underway or planned.

The restoration projects recreate the three-dimensional oyster reefs that have been decimated from decades of overharvesting, disease, and environmental pollution. The new law will make sure oysters planted in Harris Creek and the Little Choptank, Tred Avon, Upper St. Mary's, and Manokin Rivers will be protected from the diminishing effects of harvesting. However, these restoration tributaries represent only five percent of the harvestable Bay bottom. And with a new stock assessment showing Maryland's adult oyster population dropped from 600 million in 1999 to its current population of 300 million, more still needs to be done.

That's why CBF also supported legislation to establish a process to draft a new oyster management plan for Maryland. The consensus-based process will enable scientists, environmental advocates, and members of the oyster industry to find common ground on policies to increase the overall oyster population. The bill passed through the General Assembly and was sent to Governor Hogan's desk for his potential signature. In the meantime, CBF is working to drum up public support for the fishery-management plan legislation.

On the forest protection front, CBF led the effort this year to change how jurisdictions in Maryland spend money paid by developers to compensate for trees they remove. The program, known as fee-in-lieu, will now require counties and cities to have a plan in place to replant trees before they accept deforestation funds from a developer. The General Assembly approved the change in late March.

The fourth piece of legislation CBF helped pass this year funds a study to examine changes in forest cover and tree canopy in Maryland. The technical study will be conducted by the Harry R. Hughes Center for Agro-Ecology. CBF hopes information from the report can be used to promote efforts to increase forested land in the state.

Both the fee-in-lieu bill and the forest study are awaiting the governor's signature.

CBF also supported several bills in this year's General Assembly put forth by other environmental organizations that ultimately passed. Those included a law to ban foam food containers and legislation that would require utilities to buy 50 percent of the electricity they distribute from renewable sources.

This year's success wouldn't have been possible without the hard work of the bills' sponsors—Speaker Michael Busch; Delegates Kumar Barve, Anne Healey, and Sara Love; and Senators Paul Pinsky, Ron Young, Guy Guzzone, and Sarah Elfreth—and the legislators who voted for the bills.