Is Clean Air Blowing Away in the Wind? 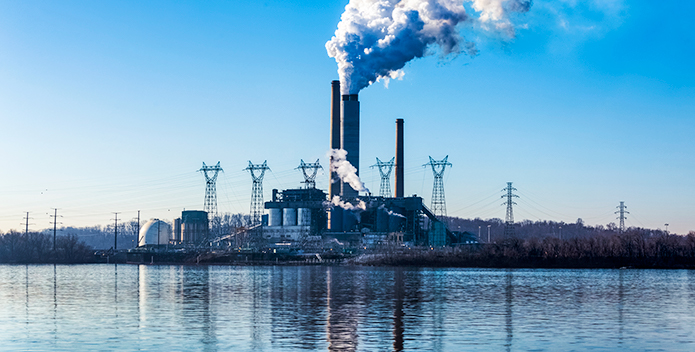 Steam rises into the clear blue sky from the Brunners Island Power Station, a coal-fired electric-generating facility on the Susquehanna River in southern Pennsylvania.

After years of improvement, America's air may not be getting any cleaner.

Earlier this month, after analyzing data from the U.S. Environmental Protection Agency, the Associated Press (AP) reported that the nation had more polluted air days over the last two years than it did just a few years prior.

AP noted that the number of days with unhealthy air quality was 15 percent higher in 2017 and 2018 than the average from 2013 through 2016—a period when America had its fewest number of bad air quality days since at least 1980.

And this trend could continue.

Just one day after AP released its findings, the Trump administration continued their rollback of an Obama-era clean air plan—the Obama administration's 2015 Clean Power Plan, a vital component for clean air across the nation and in the Chesapeake Bay region. It was designed to reduce greenhouse gas emissions from coal-fired power plants.

But what does air pollution have to do with the waters of the Chesapeake Bay?

Each year, more than 85 million pounds of nitrogen pollution—about one-third of the Bay's total yearly load—comes from air pollution, with most of that nitrogen coming from power plant smokestacks and vehicle exhaust. Air pollution from power plants is also the main source of the mercury that contaminates fish in the Bay watershed.

What's more, these power plants don't have to be in the Chesapeake Bay watershed to affect the Bay. The air over the Chesapeake region travels here from a much larger area than the watershed itself. The Bay's "airshed" is nine times the size of the watershed—along with the Bay states, it encompasses Ohio and much of New York, Indiana, Kentucky, Tennessee, and North Carolina. That means what these states put into the air ends up in our waters, affecting our oysters, blue crabs, rockfish, and other wildlife as well as our own health and economy.

For the Chesapeake Bay, the Trump administration's Affordable Clean Energy Plan is another missed opportunity to reduce nitrogen pollution and address sources of pollution that cause climate change. It is bad for the Bay and all of us who live here.