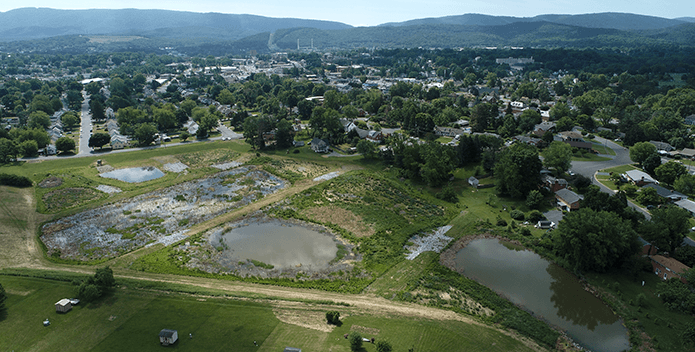 Once a boggy, grassy field, a 10-acre section of Waynesboro, Virginia's Jefferson Park Neighborhood is now an outdoor wetland and haven for wildlife and the community.

A corner of Waynesboro's Jefferson Park Neighborhood has undergone an amazing transformation since 2016. What at first glance was a boggy, grassy field has become a 10-acre manmade wetland that's both a haven for wildlife and the community.

The city undertook the project three years ago to reduce pollution going into the South River and the Chesapeake Bay. 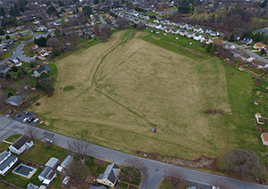 For nearly 20 years, the Jefferson Park Neighborhood was inundated with flooding during heavy rains because of a dry detention pond.

For nearly 20 years the site was a dry detention pond, meaning that during heavy rains the low-lying field collected and held back excess water. This helped address flooding issues in the surrounding neighborhood. But polluted runoff still needed to be addressed.

The new Mulberry Run Wetlands, named after the creek that is piped downstream of the site and had been forgotten for decades, filter and absorb the sediment and excess nutrients in runoff that flows through a series of pools planted with grasses, shrubs, and trees native to Virginia.

It's also turned into a peaceful neighborhood park.

"Mulberry Run Wetlands has become a valued and well-used resource for local residents seeking a quiet place for a walk, as well as nature lovers looking for the variety of insects, birds, and plants that a restored ecosystem offers," said Trafford McRae, the stormwater program manager for Waynesboro Public Works. "It really is a great example of how a community space can be created while also meeting the goals of reducing water pollution and improving habitats." 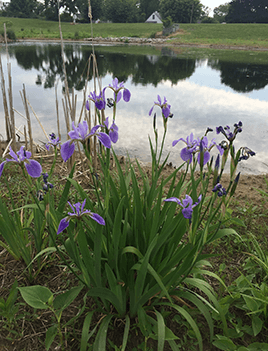 From boggy and grassy to teaming with plants and wildlife, the manmade wetland in Waynesboro is bringing new joy and less flooding to the Jefferson Park Neighborhood.

The wetlands provided food and shelter for a host of wildlife. Naturalists report spotting green herons, Carolina wrens, red-wing blackbirds, many species of butterflies, and more.

Wild Ginger Field Services, a local business, is helping manage the site to create healthy habitat. That includes removal of invasive species before they have the chance to become fully established, helping native plant and animal species thrive.

The wetlands were paid for completely by state grants and loans, including the Stormwater Local Assistance Fund (SLAF) and the Virginia Clean Water Revolving Loan Fund. Since its completion in 2016 the project has been recognized by the EPA as an innovative environmental success and received a habitat creation award from the Chesapeake Stormwater Network.