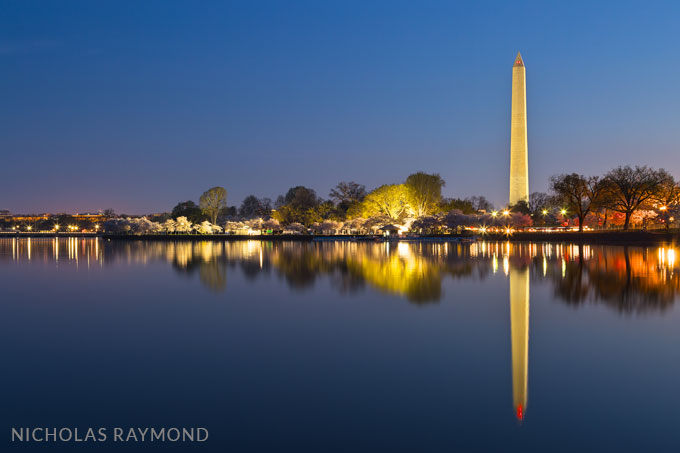 Dawn rises on the Washington Monument and the Tidal Basin in Washington, D.C.

In 2010, the federal government, the six states that comprise the 64,000 square-mile watershed (Delaware, Maryland, New York, Pennsylvania, Virginia, and West Virginia), and the District of Columbia committed to the landmark Chesapeake Clean Water Blueprint. The Blueprint sets enforceable limits for nitrogen, phosphorus, and sediment pollution and requires the seven jurisdictions to implement programs and practices by 2025 that will ultimately result in restored water quality in local rivers, streams, and the Chesapeake Bay.

"We are at a crossroads for Bay restoration. The current Administration's rollbacks on environmental regulations and continued attempts to reduce federal funding put the progress we have made at risk," said CBF President William C. Baker. "Strengthening CBF's federal presence will help galvanize and strengthen the bipartisan support that has been demonstrated for years and is even more critical now to restore this national treasure."

Implementing the Blueprint is about more than simply reducing pollution. It will result in healthier fish and oyster populations, habitat where wildlife can thrive, and cleaner upstream ecosystems that feed into the Bay. It will also help reduce the damage caused by climate change.

A more robust operation in the nation's capital is also an essential element of CBF's multi-year push to empower one million diverse, new "Voices for Clean Water" to demand a restored Chesapeake Bay. Combined with the efforts of CBF and its partners to plant 10 billion oysters in the Bay and 10 million trees in Pennsylvania, inspiring one million voices for the Bay is part of our ambitious Making History campaign.

"If we succeed, the restoration of the Chesapeake Bay will be one of the largest environmental success stories in the world and an international model for watershed restoration," said Lisa Feldt, CBF's Vice President of Environmental Protection and Restoration. "Our expanded federal office is built on the proven success of our state offices in Maryland, Pennsylvania and Virginia, and will take our federal work to a new level."

"I'm honored to lead the Federal Affairs Office at such a critical time. We look forward to continuing to work with Congress and the Administration to ensure the federal government does its part to help us meet the 2025 deadline," said Jason Rano, CBF Federal Executive Director. "Together we can make the Chesapeake Bay cleanup the gold standard for waterway restoration and a model for environmental advocacy and education."

The Federal Affairs team will work with the Bay states' delegations and throughout Congress, the Environmental Protection Agency and other federal agencies, and our non-governmental partners, as well as with the District of Columbia's mayor and council.

"Only together can we achieve the commitments made in the Chesapeake Clean Water Blueprint," Rano added.

Jason Rano, Federal Executive Director. Jason brings more than 15 years of experience as a senior government relations executive and in local and national government to his new post. He joins CBF after serving as Vice President for Government Relations for the National Park Foundation and before that as Director of Government Relations for the Environmental Working Group. His accomplishments include passing and securing federal funding for the bipartisan National Park Service Centennial Act in 2016. Jason started his career on Capitol Hill as a legislative aide to the late Sen. Frank Lautenberg of New Jersey, a longtime environmental champion.

Katie Morgan, Federal Outreach and Advocacy Manager. Katie assumes this new CBF post from the National Parks Conservation Association (NPCA), where she was Chesapeake Field Representative. Her responsibilities in that role included collaborating with partner organizations, grassroots advocates, and Congress on Chesapeake Bay watershed conservation projects. Prior to joining NPCA, she held several positions at the Ocean Conservancy, where she rose to the position of Manager, Strategic Initiatives.

Lisa Caruso, Washington, D.C. Communications Coordinator. Lisa takes on this new role for CBF after serving as press secretary for the Natural Resources Defense Council's Clean Cars Campaign and Wildlife Trade Initiative. Prior to that, Lisa covered Capitol Hill and the Executive Branch for Congress Daily, National Journal magazine, and Bloomberg News, among other news outlets. Her beats included budget and appropriations, congressional leadership, transportation, education, immigration, and the environment.