This Month in the Watershed: A Climate for Change 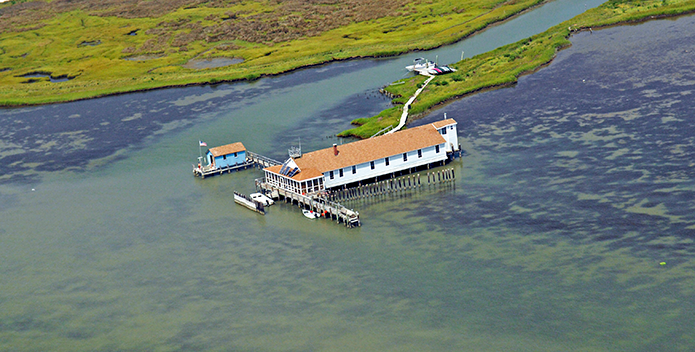 Walking down the hallway, I felt waves crash against the floorboards. Shortly afterwards, I heard CBF legend John Page Williams discuss the history of this place and point to water that was once land. Less than a year later, CBF's Fox Island Education Center is closing. Climate change might be a global problem, but we are feeling the impacts here at home.

Sunny day flooding is becoming the new normal in Bay communities like Virginia Beach and Annapolis. Weather extremes influenced by climate change are impacting water quality and wildlife. Just this month, drought is producing algae blooms in Virginia's James River, and 2018's excessive rainfall has decreased salinity to such a degree that oysters are struggling.

When addressing a problem on the scale of climate change, it's easy to feel overwhelmed and gravitate toward apathy. But just as climate change has local impacts, it also has local solutions. And many of these solutions help improve local water quality. In Maryland's Anne Arundel County, efforts are underway to pass strong forest conservation legislation. In Virginia's Hampton Roads, citizens raised their voices in mass opposing a resolution in support of the Atlantic Coast Pipeline. And in communities like Hopewell, Virginia, individuals are coming together to plant trees, build rain gardens, and remove invasive species.

All these efforts combat climate change in different ways. And while the fate of Fox Island is sealed and sunny day flooding is here to stay, the status quo is unacceptable. Major shifts are necessary to address climate change, including changing the way we power our world and adjusting our patterns of consumption. But local changes on the ground are a key part of the equation. Future generations are relying on us. Let's get to work.

This Month in the Watershed: Fighting for Forests, Sunny Day Flooding, and a Sunsetting Legend

What's Happening around the Watershed in November?