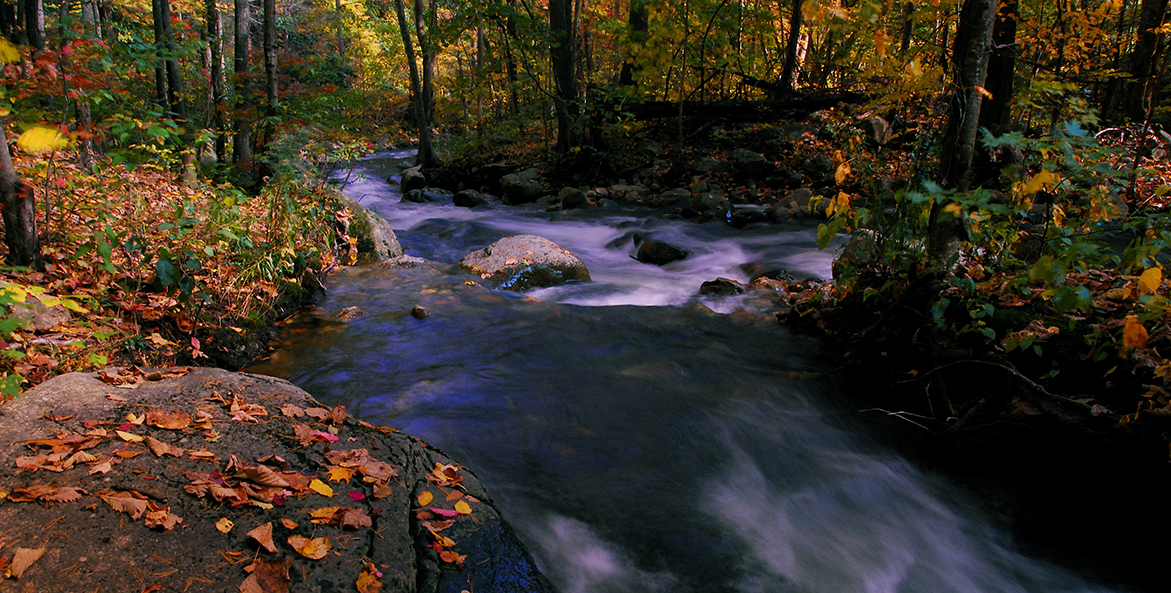 Forests are some of nature's best filters, trapping soil and nutrients on the land so they don't wash into rivers and streams as pollution.

Markets that incentivize conservation practices could significantly cut costs to clean up the Chesapeake Bay and other waterways. But only if they’re done right.

Water quality trading might just be the white whale of watershed restoration—long sought-after, elusive, and really hard to get right. Touted for decades as a cost-effective way to reduce pollution in the nation's rivers, lakes, and coastal waters, markets have nonetheless struggled to gain traction.

The U.S. Environmental Protection Agency concluded this is a problem worth fixing. Unfortunately, EPA's solution not only misses the mark, it aims entirely in the wrong direction.

The agency is closing a public comment period this month for one of six policy proposals it outlined earlier this year aimed at stimulating existing markets and encouraging the creation of new markets. But in its effort to increase the quantity of water quality trades, the agency's proposals at best would muddle the regulatory framework for markets and at worst could allow trades that don't create real benefits for water quality.

Federal policy guidance does not have the weight of law, but it effectively sets the ground rules for water quality trading programs nationwide. The changes, if EPA decides to pursue them, therefore have the potential to affect watershed restoration efforts across the country, including here, in the Chesapeake Bay.

The Chesapeake Bay Foundation has studied the potential benefits and barriers to water quality trading in the Bay watershed for nearly two decades.

Well-designed, well-implemented trading programs could make it both cheaper and faster to clean up pollution in the Bay. Moreover, they could address the two sources of pollution that historically have been the most difficult to tackle: polluted "nonpoint source" (NPS) runoff from agricultural lands and urban areas. 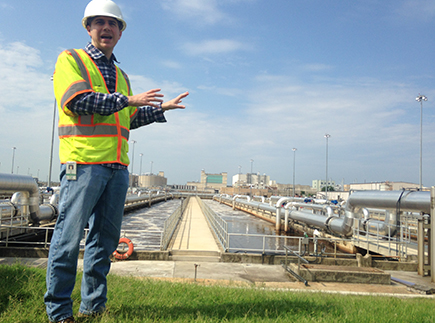 The Chesapeake Clean Water Blueprint, developed under the Clean Water Act, sets a cap on the amount of pollution that can flow into the Bay. Each of the six Bay states and the District of Columbia is responsible for reducing its share of pollution to meet the cap. But the cost of reducing pollution is not equal across the watershed.

Retrofitting city streets, parking lots, and homes to stem the flow of polluted runoff from developed areas is many times more expensive than upgrades at wastewater treatment plants or conservation practices on farms that reduce the same amount of pollution.

Water quality trading, in theory, could reduce the financial burden of cleanup efforts by allowing sources that can reduce pollution cheaply, like farms, to cut pollution beyond their requirements and sell those surplus reductions as credits on the market. Sources with high costs, such as nearby cities, could buy the credits from farmers in order to meet some of their pollution reduction requirements in a more cost-effective manner than expensive infrastructure upgrades.

As the Blueprint's 2025 deadline fast approaches and development continues across the watershed, addressing polluted runoff from urban and suburban areas will only become more urgent.

Despite the promise of water quality trading, markets have been slow to get off the ground in the Bay watershed and across the country. EPA's proposed policy changes largely seek to spur trading by lowering the requirements for nonpoint pollution sources—such as farms—to generate credits.

Current water quality trading policy underscores the importance of meeting certain baseline criteria before a farm or other source can sell credits on the market. Typically, this requires farms to first reduce their own pollution to the extent required by the watershed's pollution cap. Only after achieving those initial pollution reductions are they eligible to generate credits for sale. 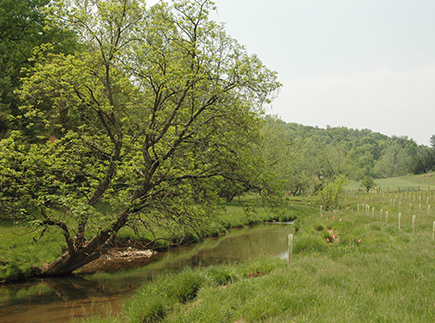 To the left of the stream, newly planted young trees encased in white protective sleeves will grow into a protective riparian buffer, improving future water quality.

EPA argues that these requirements are too stringent and should be more flexible in order to encourage market participation and generate more credits. But it misses the point.  CBF has found there are lots of farmers within the Bay watershed that already implement good conservation practices on their land and would be eligible to generate credits.  What often holds water quality trading back is not a lack of credit supply, it's a lack of demand—that is, strong enforceable permit limits that can be directly tied to the need to reduce pollution.

A second barrier is the lack of clear regulatory frameworks for how water quality trading could help municipalities comply with stormwater permit requirements. While water quality trading programs exist in all three of the states that account for roughly 90 percent of the Bay's pollution—Maryland, Pennsylvania, and Virginia—the programs differ greatly in their design and effectiveness. In Pennsylvania, for example, uncertainty about permit requirements held back progress on a project designed to explore potential trades between cities and farmers.

EPA's proposed policy changes address neither of these issues. Instead, by proposing to loosen baseline requirements for nonpoint sources looking to generate credits, the changes could actually hinder water quality improvements. 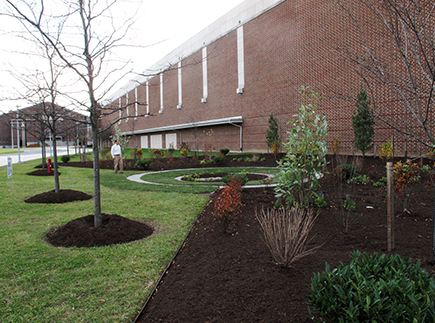 A rain garden at the Pennsylvania Farm Show Complex is designed to capture and treat stormwater runoff that pollutes Paxton Creek.

Water quality trading programs in the Bay watershed, and across the country, can certainly be improved. Successful trading, though, requires key safeguards to ensure pollution reductions are real and have verifiable benefits for water quality. Some of those safeguards include:

Instead of changing established policy, EPA could be most helpful by clearly identifying tools that help farms and cities measure pollution reductions, and by offering guidance on how cities, which face the steepest costs, can meet their pollution reduction requirements through trading.