A Banner Year for Baby Oysters 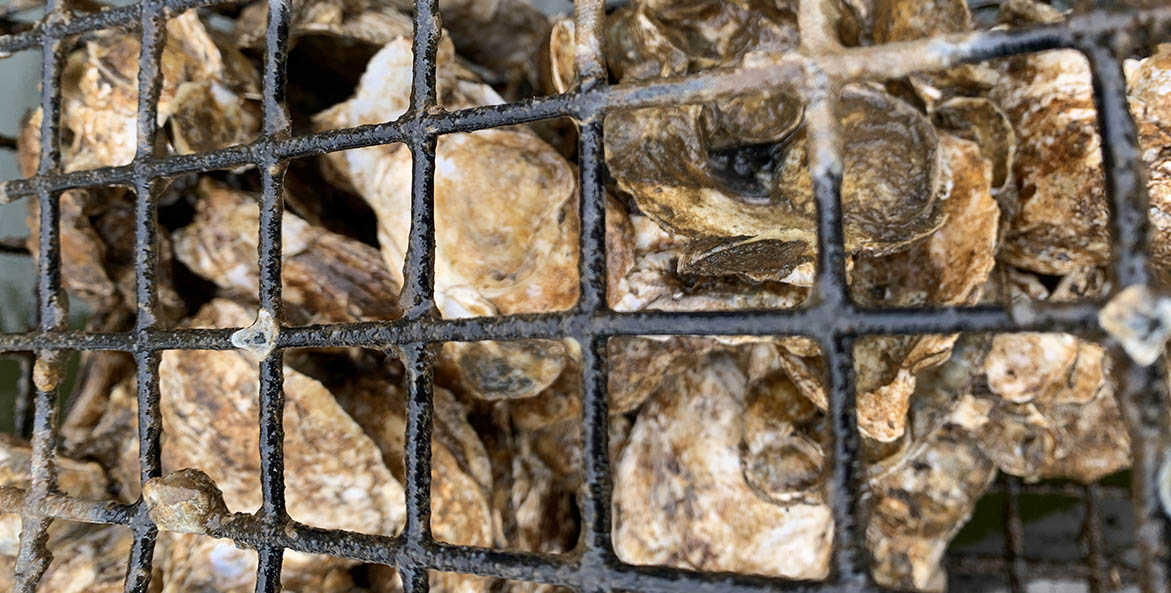 Oyster gardeners are seeing a record year for these beloved bivalves.

After record rains in 2018 led to an influx of freshwater that decimated oysters in many parts of the Bay, it's especially encouraging that oyster gardeners are now starting to see nature recover.

Virginia oyster gardeners Wendy and Sid Vaughn needed a line, a boat hook, and muscle to get one of their oyster cages out of the water and onto the dock at CBF's Brock Environmental Center earlier this week.

It now takes six of those cages to nurture a flourishing bumper crop of oysters that started with one cage and a collection of shells with baby oysters, or spat, on them provided by CBF. 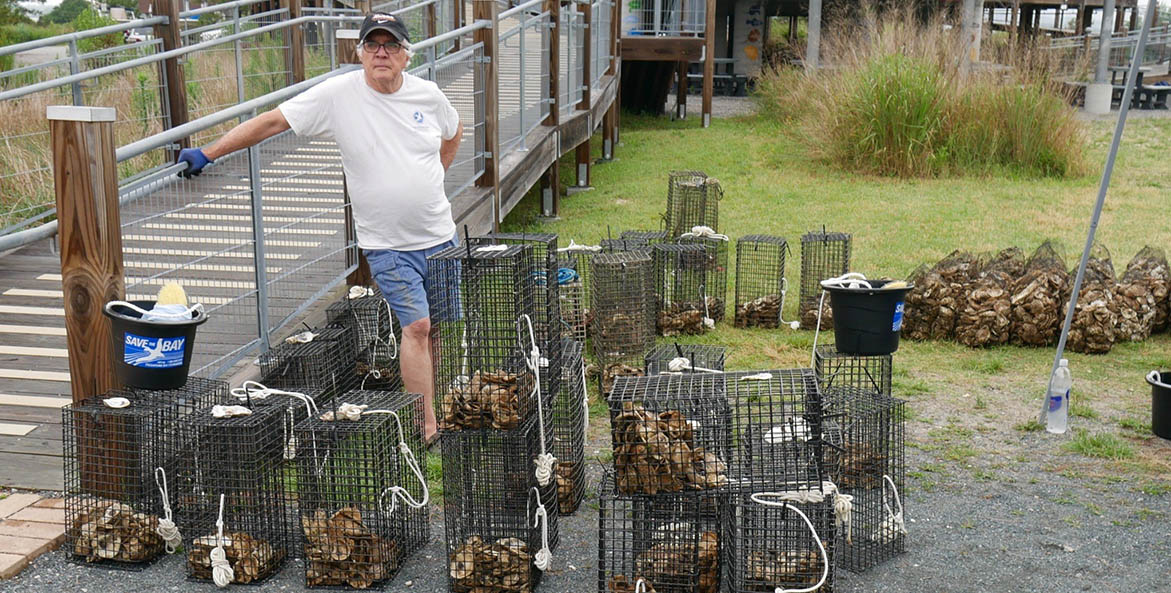 "I had oysters a year ago and in a whole year we expanded from one cage to three cages," Wendy Vaughn says. "This year all six are bursting at the seams."

Amy Flora, referred to by her neighbors as the "Oyster Whisperer," has seen the same surge within the eight cages she maintains. Flora has already planted nearly 5,300 oysters onto her own reef on the Lafayette branch of the Elizabeth River, in Norfolk, because they'd outgrown their cages. 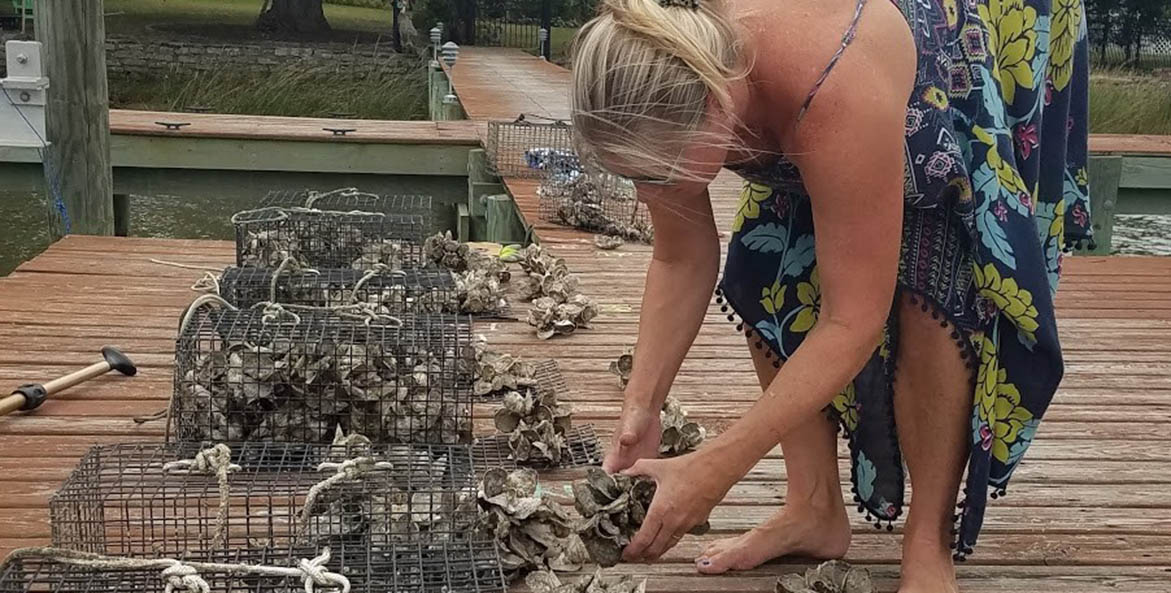 Wild spat starting life outside the cages used by gardeners are also thriving.

"There were a lot of wild oyster spat attaching in the summer and growing on those clusters when gardeners deployed their cages," says Jackie Shannon, CBF's Oyster Restoration Manager in Virginia. "It was the time of year when natural spawning was going on."

Shannon said the surge in young oysters seen by gardeners like Flora and the Vaughns reflects a statewide trend. Surveys by the Virginia Institute of Marine Science and the Virginia Marine Resources Commission indicate that 2019 was one of the highest spat sets the Commonwealth has seen in over a decade.

Shannon estimates 360 families and organizations are gardening oysters in Virginia. About 200 households were active in Maryland in 2019.

"The oysters look great," Maryland oyster gardener Beverly Depietropaolo said after checking them this week. "I do think they are bigger than last year." She and husband Eric tend to four cages on Clements Creek on the Severn River. 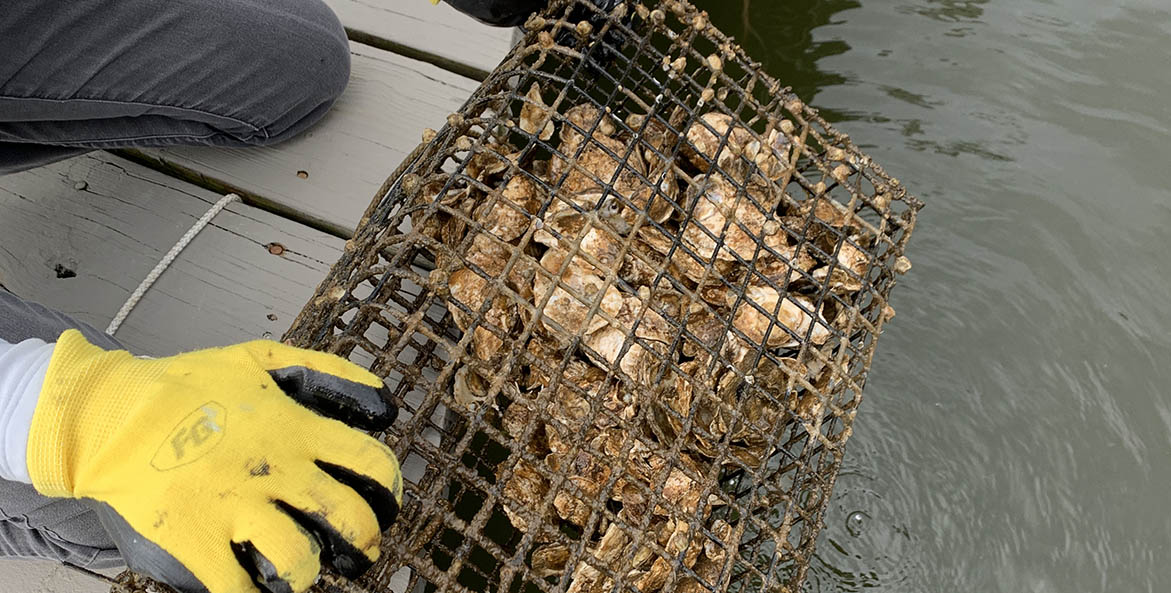 Pat Beall, CBF's Oyster Restoration Specialist in Maryland, says his state doesn't typically see an influx of growth until the weather starts to warm up.

He adds that while that portion of the Bay doesn't have the same abundance of natural spat sets as in Virginia, Maryland does see growth rate. "We'll see oysters increase in growth rate in dryer years when we have more salinity in the water," Beall says. "They will grow a lot faster and that's what I'm expecting to see this year."

Jackie Shannon agrees that a lack of rainfall in 2019 and corresponding increase in salinity are key factors behind this banner crop of bivalves.

She said this oyster boom may be traced to 2018 when a lot of rain lowered salinity so dramatically that oysters entered a phase where they put more energy into maintaining their own functions than they did spawning.

"So, the train of thought of the Virginia Marine Resources Commission is that in 2019, since the conditions had improved and salinity was back up, it was almost like the wild oysters doubled their efforts to make up for a low year," Shannon adds.

"It's the salinity of the water," Amy Flora agrees. "My water is deep off my dock, so oysters aren't exposed to rainwater or freshwater of any kind. I get a lot of wild spat from the Knitting Mill Creek oyster reef."

Flora, a CBF Oyster Ambassador, has been doing so for two years. "I started paddle boarding over the oyster reef at Knitting Mill Creek and it was so cool, I wanted to do it myself." 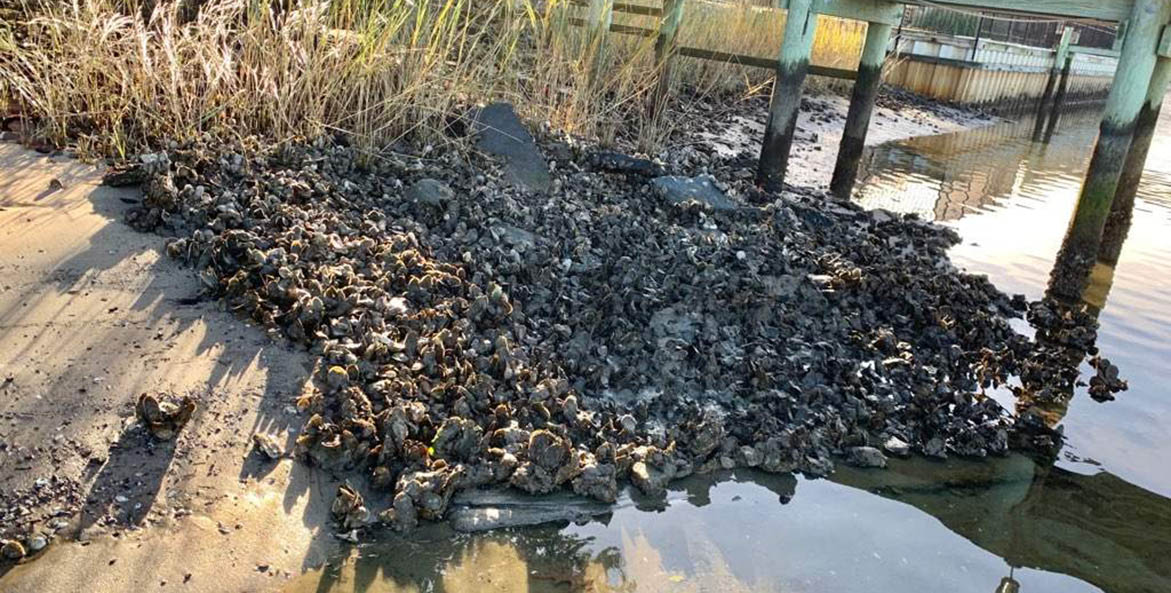 Wendy Vaughn thinks that warmer weather may contribute to the oysters' fast growth. "We've had such an incredibly mild fall and winter," she says. "If we got down below freezing it might have been one day. The norm for this past winter has been the 40s so water and air have been warmer."

She expects oysters on sanctuary reefs in the Lynnhaven River are doing well. "They're just out there happily reproducing," Vaughn says.

Oyster gardeners also find that baby crabs, grass, and sea squirts add some weight when they pull and check their cages. Sea squirts are marble-shaped creatures that fill up with water, attach themselves to oysters, and compete for food.

This bumper crop of oysters has a big job to do in the sanctuaries that will be their new home. Shannon says they'd like to release them sooner rather than later. 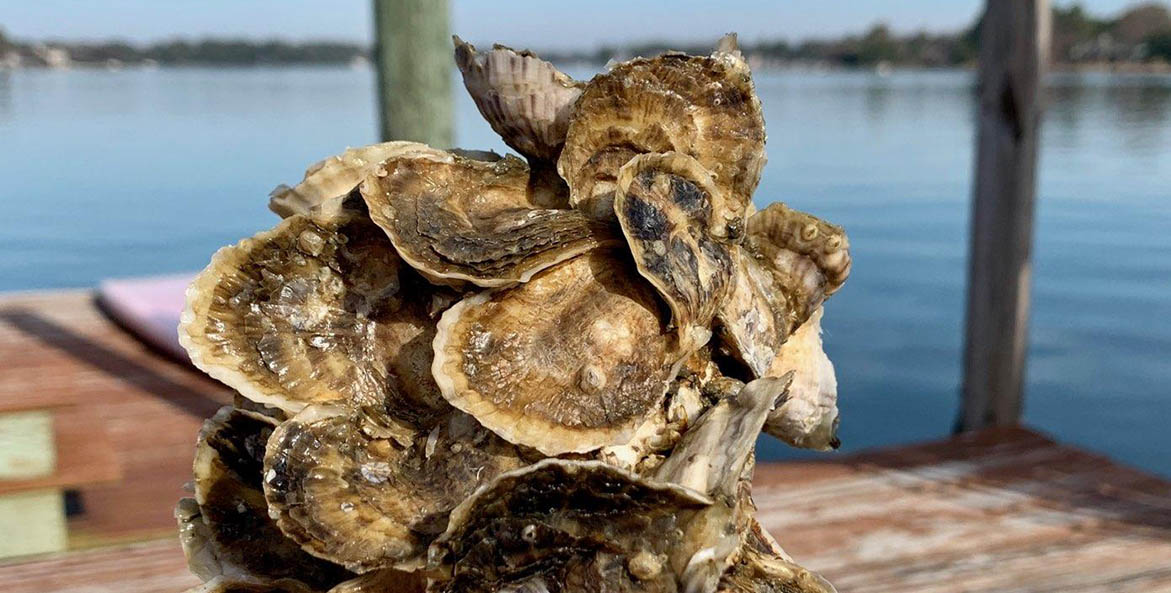 "I hope it is a banner year, as oysters are so important to the health of the Bay," Beverly Depietropaolo adds.

"The bigger the oyster, the more filtering capacity it has," Shannon says. A single adult oyster can filter up to 50 gallons of water a day.

"The bigger the oyster is the more spawning capacity it has," she adds. "Oysters that are over a year old do spawn. Size does matter and these oysters will be more productive."

That's what oyster gardeners see every time they pull a cage out of the Bay.

In their first year, Wendy and Sid Vaughn turned in 250 oysters. "This year, I'm gonna have 500 oysters between those six cages," she says.