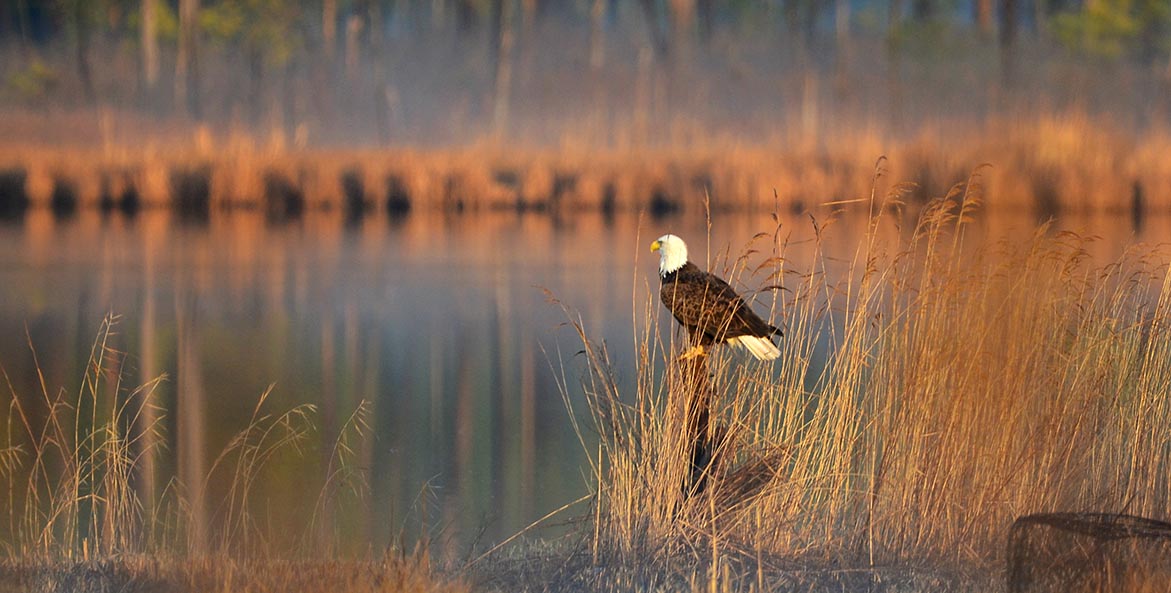 The Endangered Species Act played a pivotal role in the protection and recovery of the bald eagle, which had its numbers decimated by the use of the insecticide DDT. In the 1970s, just 60 breeding pairs were found in the Chesapeake Bay. By 2016, the population had recovered to more than 2,000 breeding pairs. As home for both resident and migrating eagles, the Chesapeake Bay is an important habitat for this symbol of our nation.

With Election Day just around the corner, no doubt you've been hearing a recurrent message: Vote. Vote. Vote. Use your voice.

Voices are powerful things, and we wholeheartedly agree that you should, indeed, use yours to vote. But it doesn't stop at the ballot box. From the very beginning, CBF was founded on the belief that the only way to save the Bay is for citizens and government to work in tandem. For more than 50 years we've been putting that principle into practice by forming a strong, citizen voice standing up for the best interests of the Bay through grassroots advocacy.

Guess what? It works. Whether it's by calling legislators, writing letters to the editor, signing petitions, or showing up (now virtually) to government meetings and public hearings, our members and volunteers—YOU!—have achieved great things for the Bay and the communities that depend on it.

It's impossible to catalogue them all in one blog post, but recent highlights include: 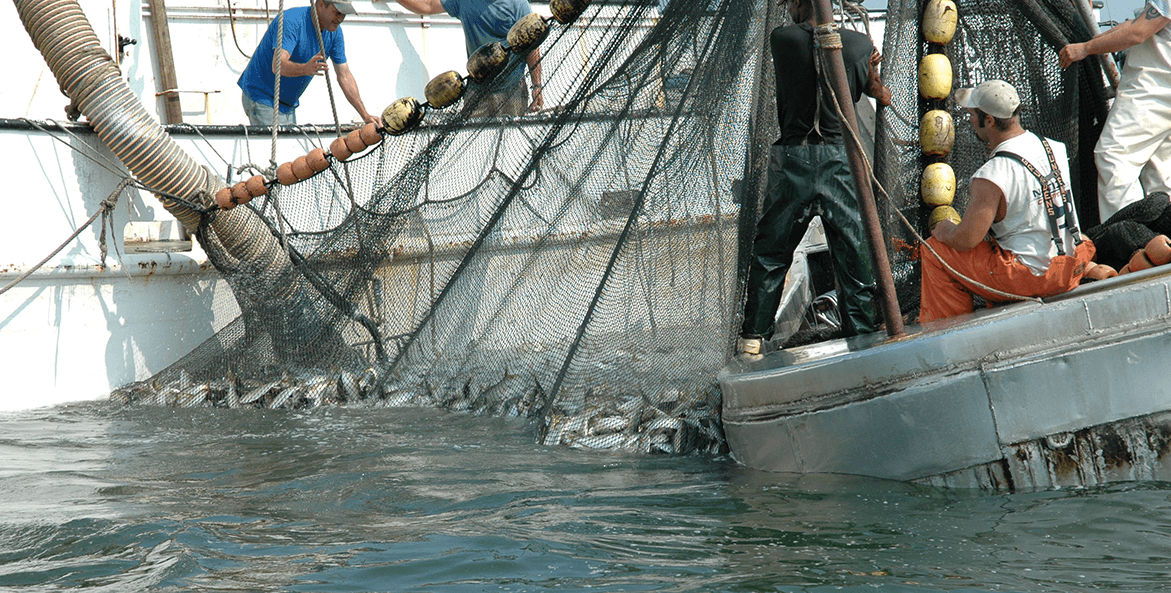 Modest in size, but mighty in ecological and economic value, Atlantic menhaden are a keystone species in the Chesapeake Bay. The small, oily fish provide a food source for iconic Bay wildlife like striped bass, osprey, dolphins, and whales—among other fish and birds—and support one of the largest commercial fisheries on the Atlantic Coast. This year, after more than two decades of relentless work, CBF advocates and partners from across the conservation and angling community achieved critical safeguards for menhaden, including Virginia's transfer of menhaden management from the General Assembly to the Virginia Marine Resources Commission and the Atlantic States Marine Fisheries Commission's (ASMFC) adoption of Ecological Reference Points for menhaden fishery management plans. This month, the ASMFC's Menhaden Management Board voted to cut the coastwide menhaden harvest by 10 percent, establishing a quota of 194,400 metric tons for the 2021 and 2022 fishing seasons. These milestones are a huge step toward ensuring management decisions are based on science rather than politics, and that harvest limits better reflect the value of menhaden to the ecosystem.

Ensuring Funding to Restore the Bay 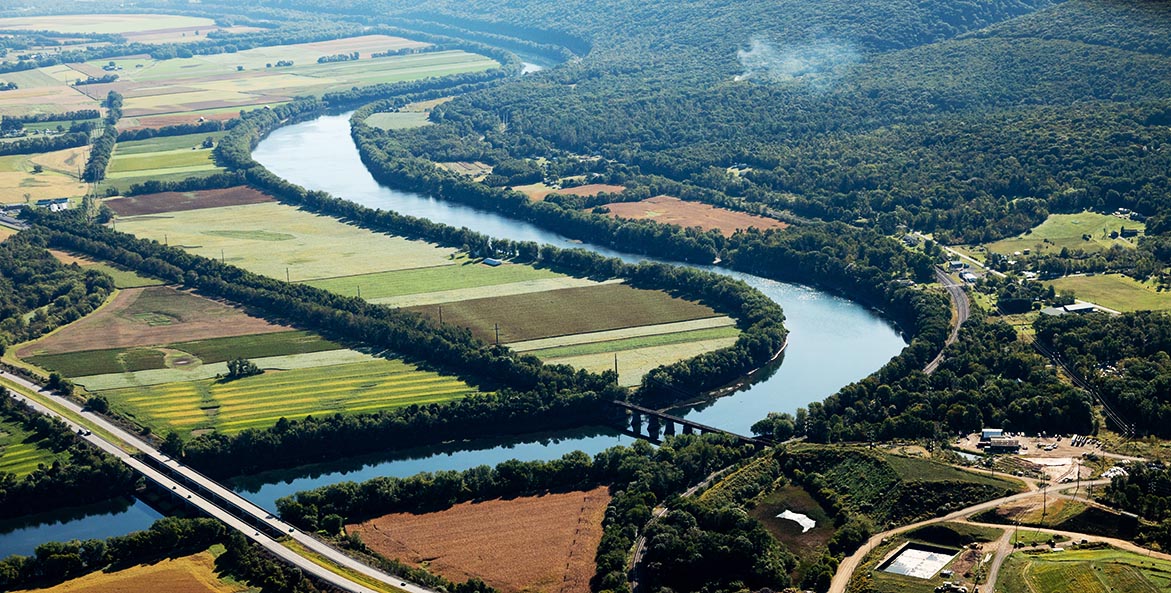 Forest buffers separate farm fields from the West Branch Susquehanna River, providing a highly effective filter that reduces the amount of nutrient and sediment pollution that runs into the Commonwealth's waters. Pennsylvania must accelerate its efforts to implement practices such as this that reduce stormwater pollution from agricultural sources and urban and suburban development.

The U.S. Chesapeake Bay Program is the glue that holds together the cleanup partnership of federal, state, and local governments, conservation groups, and educational institutions. It coordinates scientific research, oversees cleanup activities, and distributes grants for local restoration projects. To keep the Bay cleanup moving forward, the Program needs to receive robust funding in the annual government spending plan. One way to ensure that is for the Program's authorization to be current. Unfortunately, its authorization lapsed in 2005. Thanks to bipartisan support in Congress, the Program has been funded every year since. But just like it's risky to let your car insurance lapse, even if you're a safe driver, the Program has run the risk of not being funded since its authorization expired, even though members of both parties in Congress support it. In a huge bipartisan win for the Bay watershed, Congress recently passed the America's Conservation Enhancement (ACE) Act. The ACE Act will boost to efforts to protect and restore clean water and fish and wildlife habitats in the watershed. It also reauthorizes the Program and makes it possible for Congress to increase its annual spending to as much as $92 million by 2025.

That's great news because the president's budget again this year called for deep cuts to the Program. Together with bipartisan members of Congress, CBF is successfully pushing back. The House of Representatives has already rejected the president's proposal to slash Program funds from the current $85 million to $7.3 million for fiscal year 2021. Instead, it voted to raise its fiscal 2021 funding to $90.5 million. We won't know the final amount until Congress finishes the appropriations process after the election. But with the House endorsing a $5.5 million increase for the Program and the strong support it enjoys in the Senate, we're optimistic that we'll have another Bay win to celebrate soon. 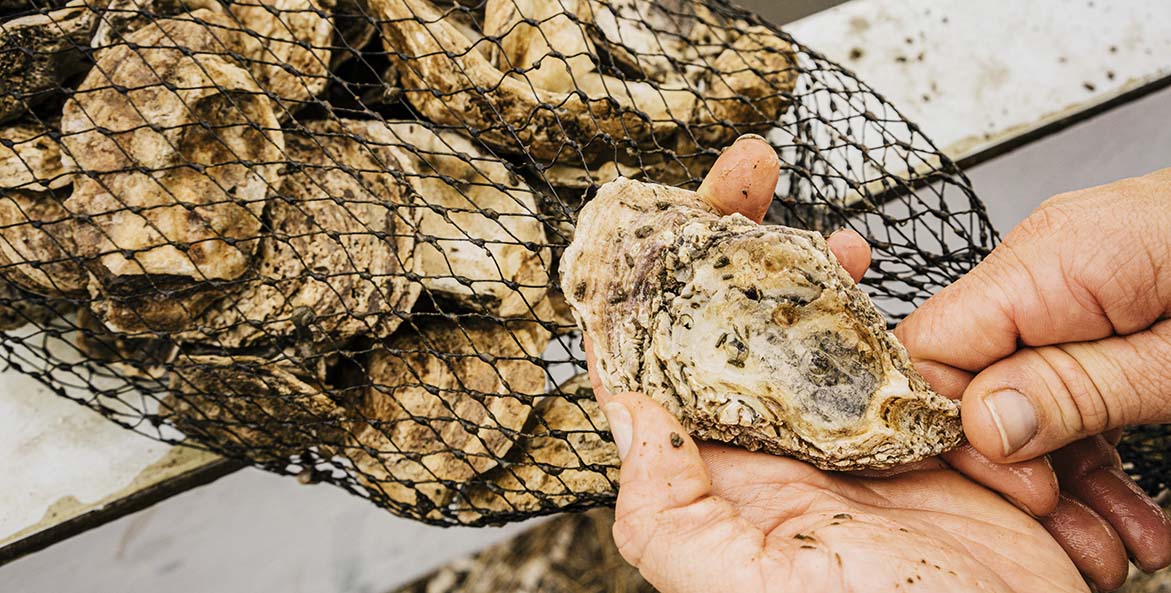 With the Chesapeake Bay seafood industry in economic free fall this spring after the shutdown of restaurants, markets, and other seafood outlets due to the COVID-19 pandemic, the Chesapeake Oyster Alliance and CBF advocates helped raise awareness and support for small family seafood businesses throughout the Bay. The wider ripple effects of an industry collapse would be devastating, as seafood has an economic impact of $4.6 billion and supports more than 30,000 jobs in the region. CBF and the Chesapeake Oyster Alliance successfully advocated for the U.S. Department of Agriculture (USDA) to make shellfish aquaculture eligible for pandemic aid after it initially excluded growers from all USDA relief programs. CBF and Alliance members have also been working with the Bay delegation in Congress to increase aid to the watershed's seafood industry in a future relief bill. The aid package enacted in March allotted less than $10 million of $300 million available to seafood producers in Delaware, Maryland, and Virginia. CBF also supported a bipartisan effort by 25 senators to increase aid to the industry to $1 billion. 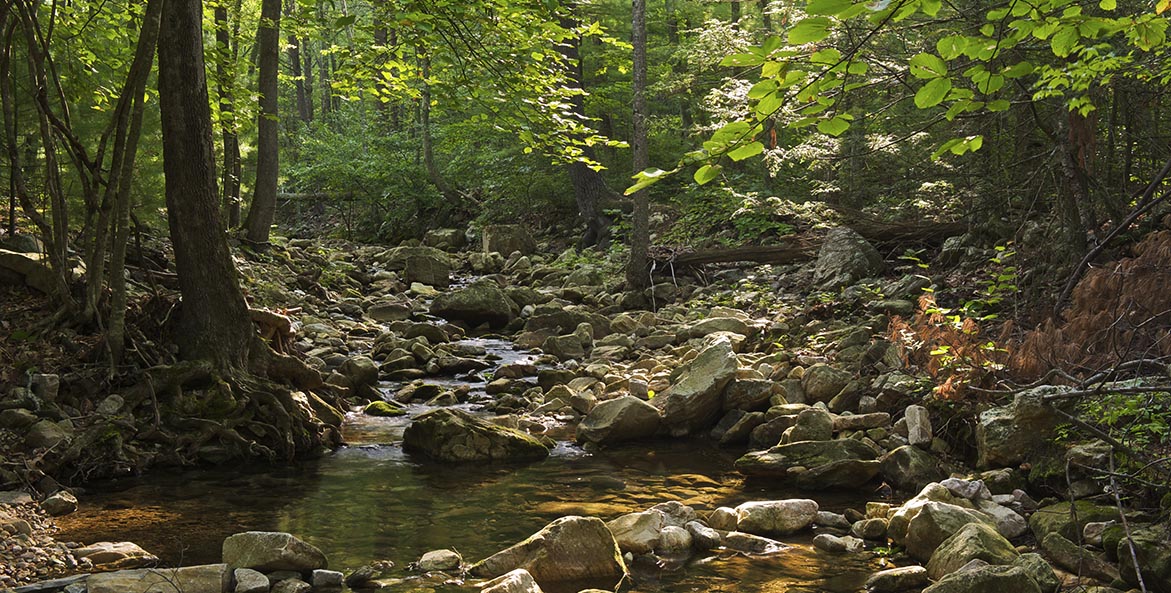 In the past year, elected officials in Anne Arundel, Howard, and Frederick counties in Maryland have all increased protections for their forests, thanks largely to grassroots efforts. CBF's Maryland staff worked with partner groups, volunteer advocates, and leaders in all three counties to strengthen their polices, which now go beyond aging state law. Trees, other vegetation, and soils that compose forests filter out chemicals and excessive nutrients from water as well as harmful air particles such as sulfur dioxide. Forests' ability to reduce carbon dioxide helps fight climate change. The county-level efforts to conserve and plant more trees is critical for helping Maryland meet pollution reduction goals in time for the Chesapeake Clean Water Blueprint's 2025 deadline. 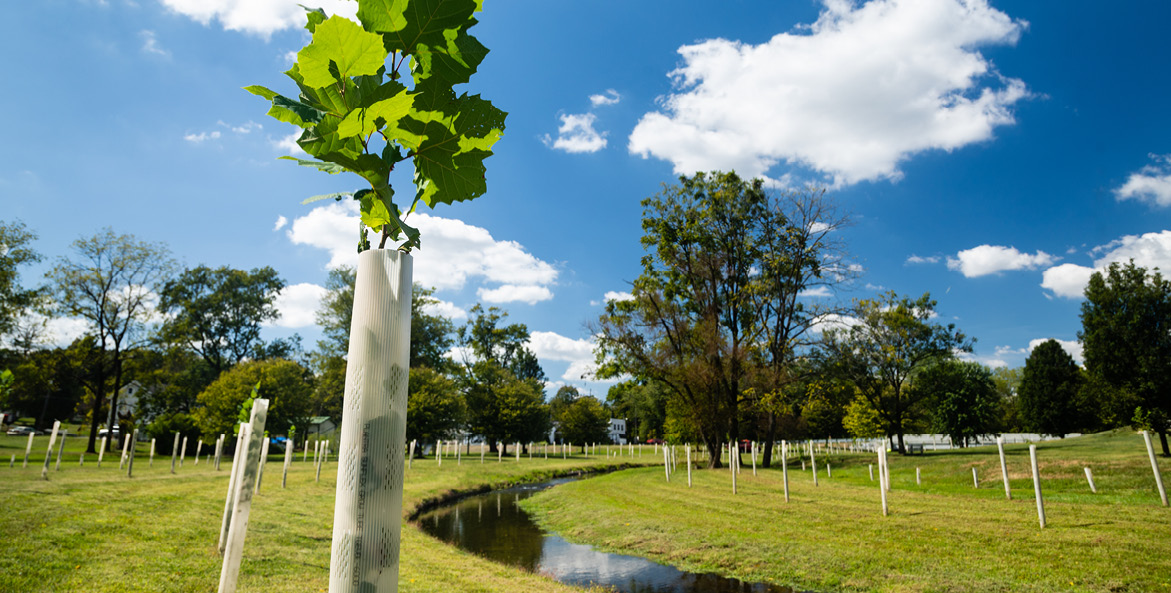 Public support and advocacy efforts in Pennsylvania helped lead to the passage of the Keystone Tree Restricted Account last October, an important step that will help lead to the planting of more trees along streams and streets in the Commonwealth. Launched in spring 2020, the legislation created a voluntary $3 check-off box on new and renewed Pennsylvania's driver's license and vehicle registration online applications to buy, plant, and maintain more trees across the Commonwealth. These voluntary donations support the existing TreeVitalize and Riparian Forest Buffer Grant programs through the Department of Conservation and Natural Resources. Additional resources through the Account will accelerate efforts to reach the Commonwealth's Clean Water Blueprint goal of 95,000 acres of forested buffers in Pennsylvania's portion of the Chesapeake Bay watershed.

The work of our members and volunteer advocates to stand up for the Bay and its communities continues to inspire us, and we hope it inspires you, too! If you want to get involved, check out our Action Center.

And one more thing—please vote!