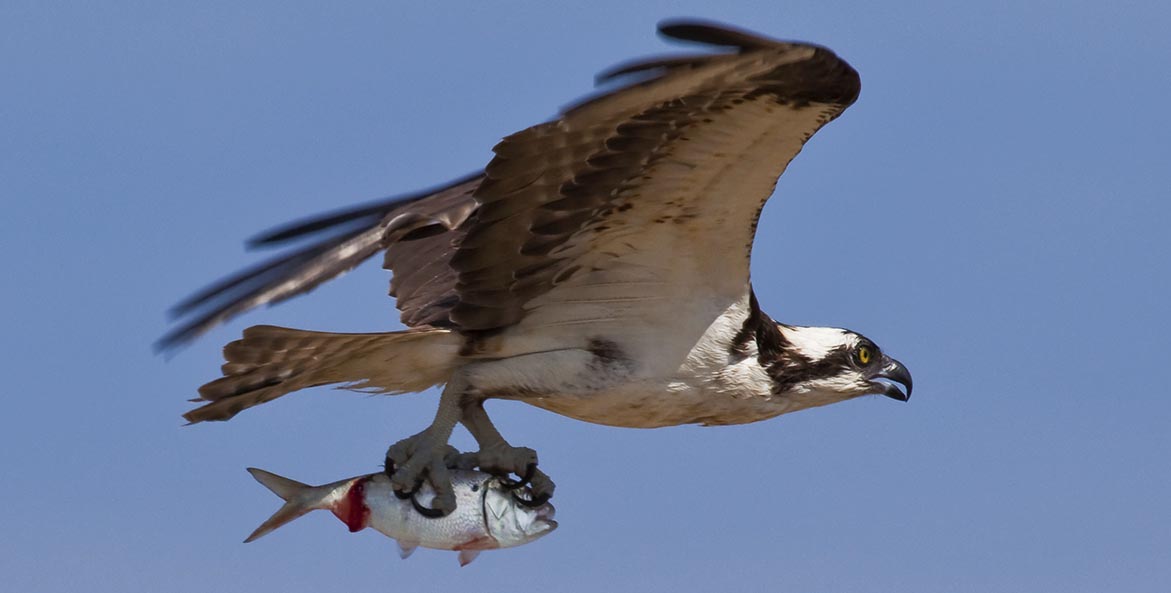 An osprey carries a freshly caught menhaden, a prime food source for many birds and larger fish in the Chesapeake Bay.

Virginia fisheries advocate John Bello was part of a team that advocated for the scientific management of the Bay’s important menhaden.

John Bello’s journey from angler to fishery management advocate began with a t-shirt. He was at a boat show in 1998. The t-shirt had a striped bass on the back.

“I really wanted that t-shirt, and the only way to get it was to join the Coastal Conservation Association (CCA),” he remembers with a laugh.

As he became more involved in fishery management issues, one continued to stand out: the management of Atlantic menhaden.

Menhaden appear unremarkable. They’re a small, oily fish, but they provide an incredibly important, nutrient-packed food source for the Chesapeake Bay’s iconic striped bass. “The Bay is rich,” says Bello. “Menhaden serve as forage for many other fish that swim in saltwater, and not only fish, but whales and birds, too.” They also support one of the largest commercial fisheries on the Atlantic Coast.

Historically, management of the menhaden fishery in Virginia was controlled by the General Assembly, making it a political flashpoint.

This year, after more than two decades of grassroots efforts by organizations like VSSA, CBF, and others, state legislators voted to finally transfer management to professional fishery managers at the Virginia Marine Resources Commission.

Bello summed up his reaction in one word: “Celebration.”

In an equally important win, the Atlantic States Marine Fisheries Commission voted in August to adopt ecological reference points to help guide menhaden fishery management coastwide. It’s the first step to formally consider the importance of menhaden as a food source for other predators, including striped bass, in fishery management plans. As a result, this fall the ASMFC voted to cut the coastwide menhaden harvest by 10 percent for the 2021 and 2022 fishing seasons.

“There’s still more work that needs to be done,” says Bello, adding, “The more people we get involved, the better our decisions will be on management going forward.”