What We Owe to George Washington Carver 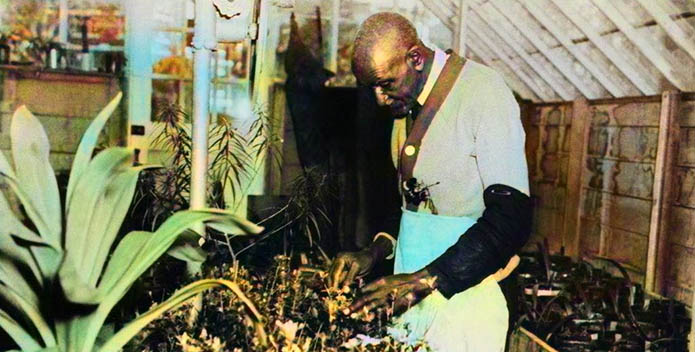 To solve the world’s environmental problems, "sustainable" agriculture is no longer good enough as we are losing soils ten times faster then we can build them. Regenerating, or "building soil" is the key to solving these problems. George Washington Carver's research on crop rotation was critical to this work.

In honor of Black History Month, we recognize the extraordinary pioneer in agricultural research

In honor of Black History Month, we remember George Washington Carver, a scientist and pioneer in agricultural research. His work was fundamental to many important environmental practices used today. In particular, his research is critical to a number of CBF initiatives as it relates to today’s push for regenerative agriculture. Regenerative agriculture is in a renaissance of sorts where agriculture is part of the solution to improving water quality, sequestering carbon, and mitigating climate change while improving soil health for the next generation of farmers. To solve the world’s environmental problems, "sustainable" agriculture is no longer good enough as we are losing soils 10 times faster then we can build them. Regenerating, "building soil" is the key to solving these problems.

Carver’s research on crop rotation is critical to regenerating soil. Years of growing cotton had depleted nutrients from the soil, resulting in low yields. But by growing legumes, nitrogen-fixing plants like peanuts, soy beans, and sweet potatoes, the soil could be restored. He taught farmers they could feed hogs acorns as opposed to them having to purchase expensive commercial feed, and they could enrich croplands with "swamp muck" (organic matter) instead of fertilizers. He traveled to other countries to share his research findings helping many with increasing food production.

Some of the CBF’s agriculture initiatives rest on the shoulders of George Washington Carver’s research. They include:

Carver's contributions were many and instrumental in leading the way to healthy agricultural practices. And yet, sadly much of the regenerative agriculture renaissance does not mention the many minorities that provided the principles on which it is based. We recognize Carver for his extraordinary work—were it not for his tireless efforts, the agricultural world would be a very different landscape.