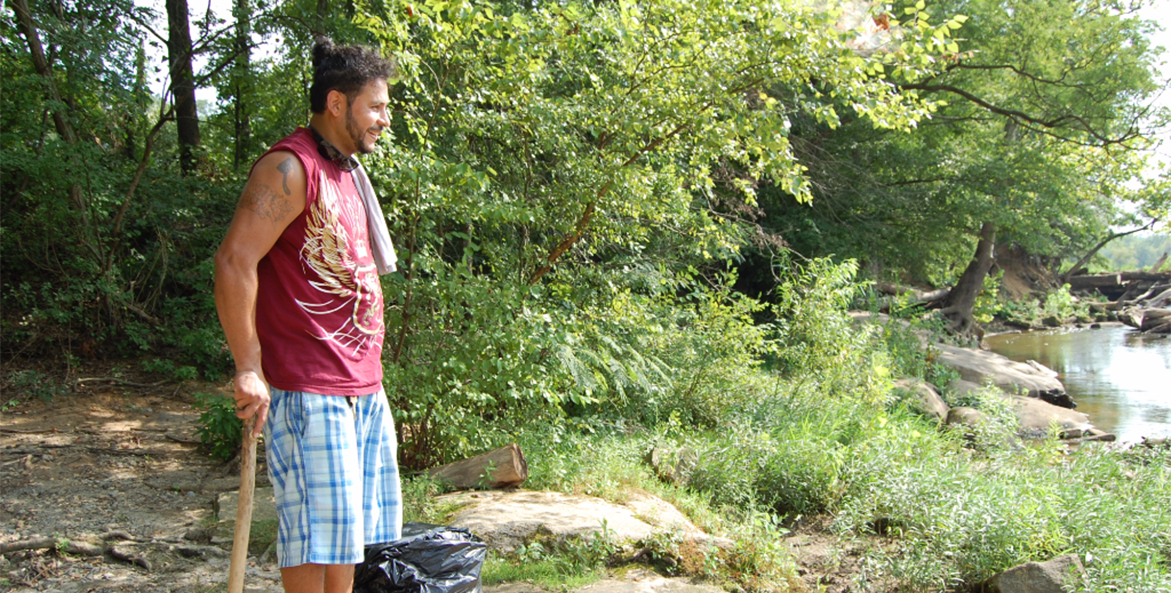 Efrain Carcamo passes on his love of nature to his three children as they hunt for litter lodged by the current among rocks and branches along the James River in Richmond, VA.

The following blogs were first published in Fall 2016.

Efrain Carcamo and his three children hop across boulders along the James River in Richmond, hunting litter lodged by the current among rocks and branches. "This place is like a huge filter," Carcamo says. "It traps a lot of trash."

The family moves methodically, using sticks hardened in the sun to flick beer cans and plastic bottles into trash bags. It's a routine Carcamo has repeated several times a month for years, his personal effort to clean up the river.

His connection with nature began during his childhood growing up on a farm in the shadow of the San Vicente volcano in El Salvador. Since moving to the United States as a teenager in 1989, he's been drawn to the rivers and streams that flow to the Bay. "I came up here and saw the beauty of this place, and I fell in love with it," he said, standing alongside the river's sun-splashed pools.

For Carcamo, healing the waters is part therapy. "We all have people who we love who have passed away," he said, listing family members killed in El Salvador's Civil War. Since losing his wife to an accident in 2008, the James River has been a source of peace. "I went back to nature," he said. "I truly believe it has the power to comfort your soul and for you to change your approach to a lot of things in life. I believe that it has therapeutic power." 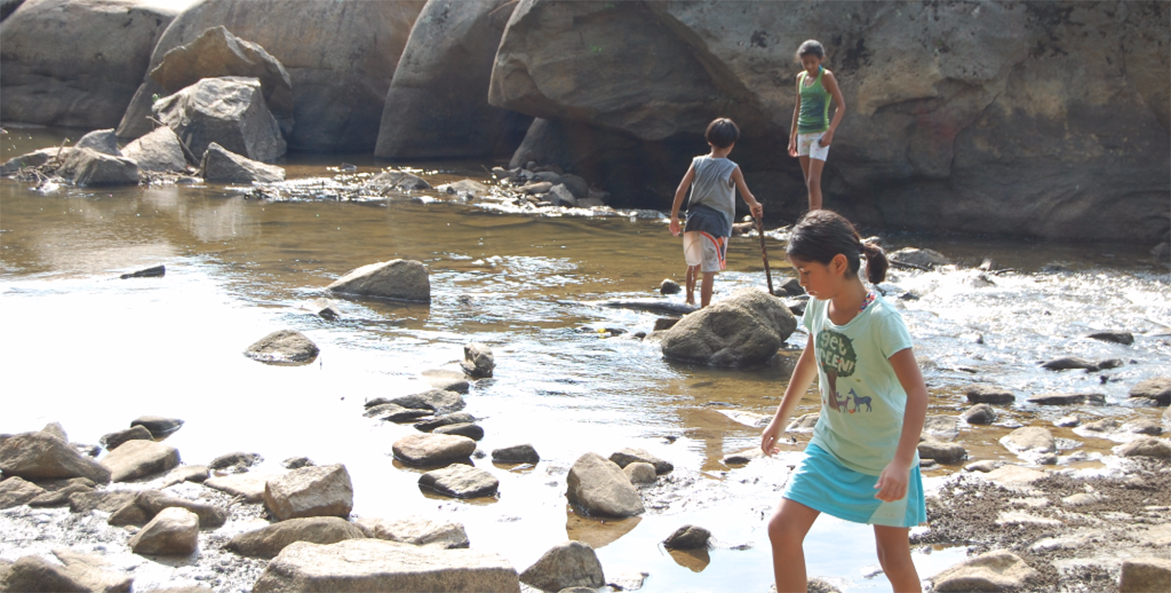 A single father, he has passed on his love of nature to his daughters, Elysha, 13, and Emaya, 11, and his son Eljah, 8. Walking the trails of Belle Isle, the kids chase tiny frogs and eagerly point out where they once spotted a giant beaver. "I teach them to appreciate the environment," Carcamo said. "They get to explore, enjoy, and see who they share this planet with, not just other humans, but other animals that they need to take care of."

Others on the river are often inspired to action after seeing Carcamo. "I meet a lot of people from different backgrounds out here, from all levels of society, different races," he says. If they ask why he cleans up, Carcamo explains how litter damages rivers, how trash harms wildlife, and how important waterways are to everyone. "Somehow, they are affected by what I tell them...They bring their trash bags. They pick up," Carcamo said. "When they realize there is someone doing it, they get courage, and they start doing it themselves. That feels good."