Congress Must Help Save the Chesapeake Bay 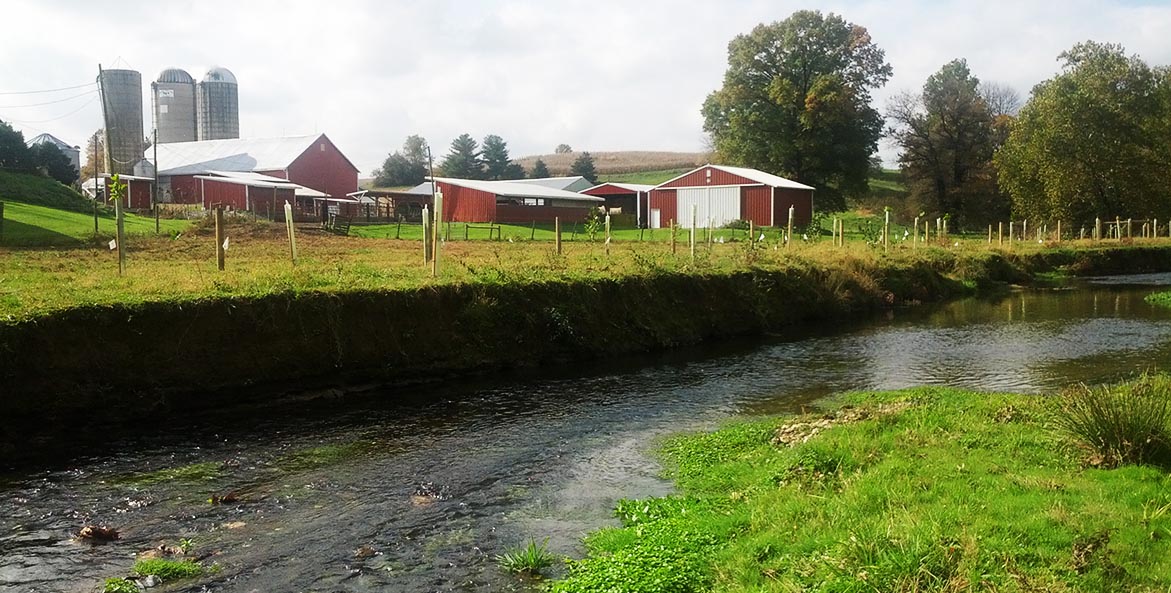 Tree buffers, like these newly planted trees lining a farm riverbank, are considered permanent conservation practices because they provide benefits year after year, improving water quality and reducing the amount of nitrogen, phosphorus, and sediment that flow into local waters and out to the Bay.

The following was first published in The Washington Post.

The ongoing bay cleanup provides Congress with an opportunity to demonstrate that we can prevent water pollution that fuels harmful algal blooms. There are frequent reports of algal blooms killing marine life in the Gulf of Mexico, the Great Lakes and elsewhere.

In the bay region, local and state governments have been at the forefront of reducing this pollution. After decades of cleanup work throughout the watershed, the bay is improving. Pennsylvania's agricultural lands are the missing piece. As Ms. Jones noted, federal leaders could fix this by increasing funding for existing U.S. Agriculture Department conservation programs. Doing so would enable farmers in Pennsylvania's heartland to add regenerative agriculture methods such as rotational grazing, cover crops and tree plantings to their land to reduce pollutants. These methods also reduce carbon emissions, helping to mitigate climate change. Farmers who implement them are often able to sell their crops and meat at a premium as well as reduce costs by using less fertilizer.

The water pollution that causes harmful algal blooms won't go away until we make changes to our agricultural system. Legislation in Congress could provide a significant increase in federal conservation funding. We join Ms. Jones in support of that funding and encourage Congress to direct it to farmers across the region, especially in Pennsylvania.