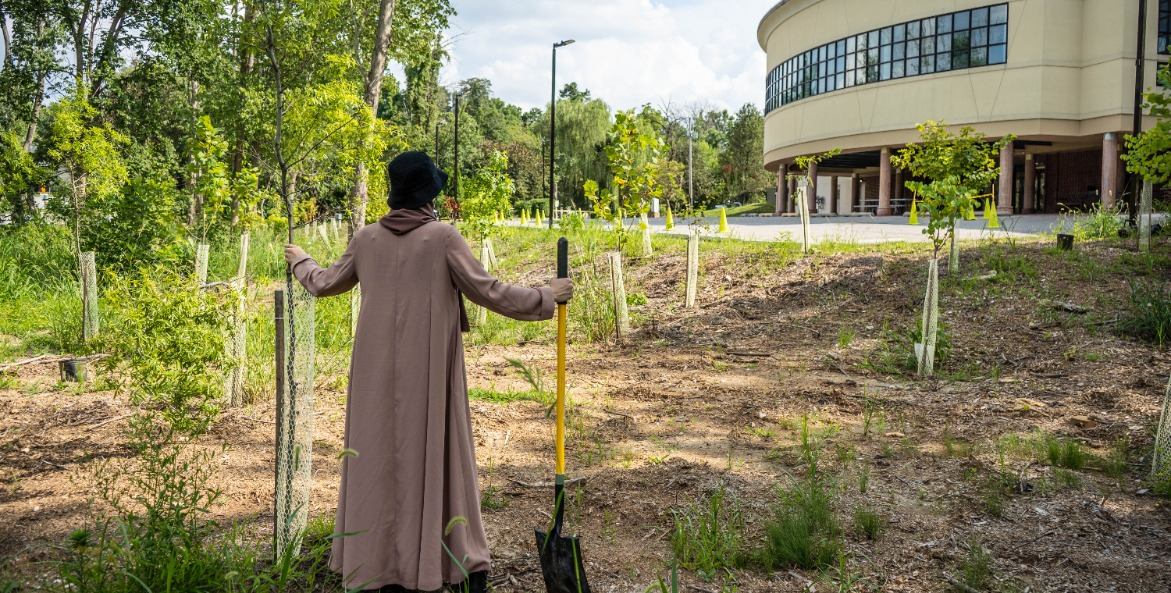 Improving water quality through tree plantings and stormwater projects is just part of the Islamic Society of Baltimore Green Team's multifaceted initiative to raise environmental consciousness and improve the health of the community.

For the Islamic Society of Baltimore's Green Team, caring for nature is caring for each other.

The stream that runs through the Islamic Society of Baltimore's (ISB) property is only several feet wide. But as the ISB Green Team knows, small things make a big difference.

"We don't realize that the small things that we do in this life, even just a positive thought or a negative thought, has energy, and that energy has an effect on everybody else in the room," says Ayanna Miranda, a member of the team since its early days in 2017. "It is something that can be contagious in a positive way."

What began as an effort to clean trash from the streambanks and nearby Johnnycake Road has grown into a multifaceted initiative to raise environmental consciousness and improve the health of the ISB community.

"The word 'health' we often think of in terms of our own body, but there's spiritual health, there's emotional health, there's community, social, familial, financial, environmental—there are all these aspects," says Dr. Ed Tori, who served as ISB's president when the Green Team formed. "It's one thing if an organization does something. It's another if it changes the culture of the people." 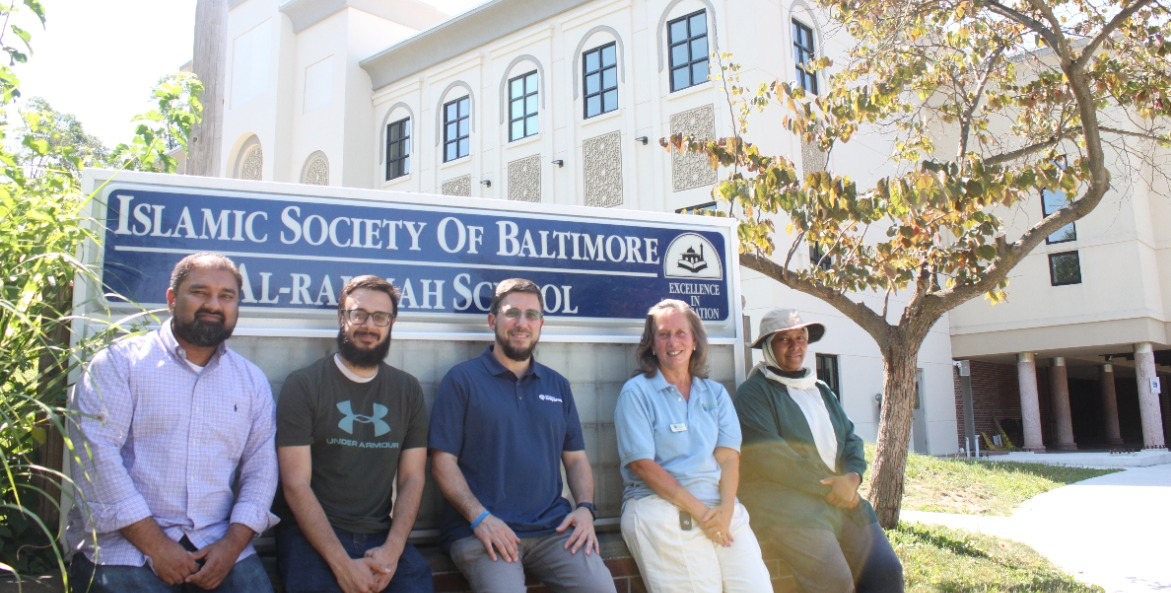 Members of the Islamic Society of Baltimore's Green Team.

In a predominantly immigrant community that includes people from over 95 countries, change can be a generational effort, says Faizan Mahmoodi, ISB's vice president. But awareness is growing. Recycling bins, refillable water stations, LED lightbulbs, and green cleaning products are among the changes in their facilities, which house spaces for prayer, a school, community classrooms, a gymnasium, a health clinic, and other community services.

The stream is another focus. ISB planted a buffer of trees to restore the floodplain, and working with Interfaith Partners for the Chesapeake, they've secured several grants to further reduce stormwater runoff. This year, $40 million from the federal Infrastructure Investment and Jobs Act will flow to grant programs that support community restoration projects like this.

"We're responsible for what we do here," says Salman Sheikh, who spearheaded the stream restoration work. "Polluting a river is not something we're supposed to be doing—we're supposed to take care of it."

That sense of responsibility to others and to the earth is central to the Islamic faith, say members of the Green Team.

"Be the change you want to see," says Umar Saleem, ISB's secretary for general services. "A lot of times we wait for someone else to make that change, but sometimes we need to be the leaders that we want to see."