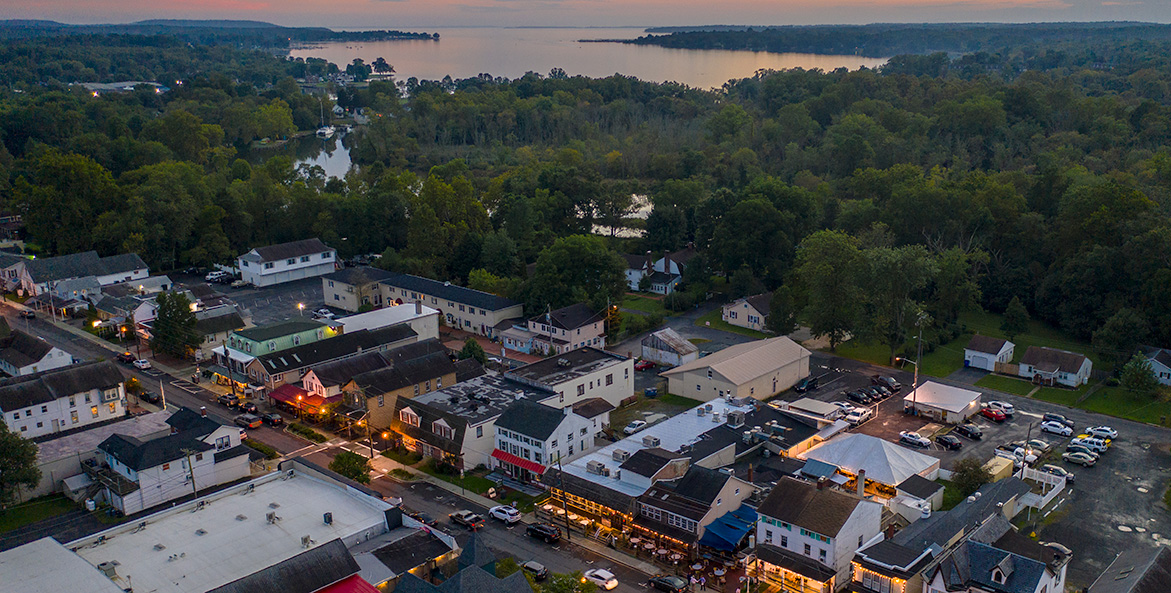 The health and wellbeing of the Chesapeake's people, wildlife, and habitats depends on reducing pollution, strengthening natural filters, and achieving climate resilience.

The overall score of CBF’s biennial health assessment is unchanged, but the Bay is far from static

The Chesapeake Bay this month earned a D+ in the 2022 State of the Bay, CBF’s biennial report card assessing the watershed’s health. While the overall score remains unchanged from two years ago, there’s a lot going on below the surface. Here are five big takeaways:

1. Water quality gains are hard to come by.

The report found that amounts of the two primary pollutants flowing into the Bay—nitrogen and phosphorus—were below the 10-year average. It also found that the annual dead zone, an area of water that contains low or no-oxygen, was smaller than average for the third consecutive year. Both are positive signs, but unfortunately neither pollution levels nor the dead zone size were substantially different from conditions in 2020. Part of the problem is the uphill battle caused by climate change  and continuing development. Part is the simple fact that watershed states like Pennsylvania, Maryland, and Virginia  continue sending too much pollution into waterways. To break the impasse, they’ll need to reduce pollution that washes off agricultural lands and urban areas, two sources that have been historically difficult to address.

“The fact that we haven’t changed since 2020—the positive of that is we haven’t gotten any worse,” Dr. Beth McGee, CBF’s Director of Science and Agricultural Policy, told reporters at the State of the Bay press conference. “The Bay is hanging in there. We need to reduce pollution to give it the ability to restore itself and give us a healthy watershed and waterways.”

The fingerprints of climate change are undeniable in this year’s report . Warming waters—which hold less oxygen—have offset part of the progress to reduce the dead zone and threaten key species like underwater eelgrass. Stronger, more intense storms wash more pollutants into the Bay and diminish water clarity. Sea level rise threatens almost 250,000 acres of tidal wetlands and coastal lands in the region. All of these changes make it more difficult to reduce pollution and restore the habitats needed for a healthy, functioning ecosystem.

3. The watershed’s natural filters are in trouble.

Forests, wetlands, and undeveloped lands serve as crucial natural buffers that help filter and clean water before pollution ever reaches a stream or the Bay. However, these resources are being lost—roughly 95,000 acres of farms and forests transitioned to development across the Bay watershed during the most recent reporting period, from 2013 to 2018. Moreover, efforts to restore them are seriously lagging. Implementing programs to plant trees, like Maryland’s new 5 Million Tree program, could help turn things around.

“One great thing about these trees is they create multiple benefits,” said Josh Kurtz, CBF’s Maryland Executive Director. “Not just water quality, but carbon sequestration, cooling our communities, and helping with the health of the Bay.”

Of the 13 indicators the report tracks, the biggest score drop occurred for blue crabs, which declined five points from 2020. The score reflects worrying trends tracked by annual population surveys. In 2021, the total number of blue crabs reached the lowest level on record in 33 years and marked a third consecutive year of below-average numbers of juvenile crabs. The plight of the crabs, which is likely tied to multiple factors, illustrates the complexity of the Bay ecosystem and efforts to restore it. For example, the report also showed underwater grasses have been slow to recover from big declines in 2019.

“Underwater grasses are one of our most vibrant habitats —they are extremely important for a wide-range of species including blue crabs, and ensuring our continued water quality improvements to help assure abundant underwater grasses are extremely important for the blue crab population,” said Chris Moore, CBF’s Senior Regional Ecosystem Scientist.

5. There are restoration bright spots.

The report did find true areas of hope. The biggest improvement was the score for oysters, a keystone species in the Bay that filters the water and creates unique habitat for over 300 other species by building three-dimensional reefs. While still a fraction of their historical populations, oysters in both Maryland and Virginia saw some of their highest rates of reproduction in the last 30 years.

“Although the overall score for oysters is still relatively low, we are seeing really strong signs of success in our oyster restoration and management efforts throughout the Chesapeake Bay,” Moore said.