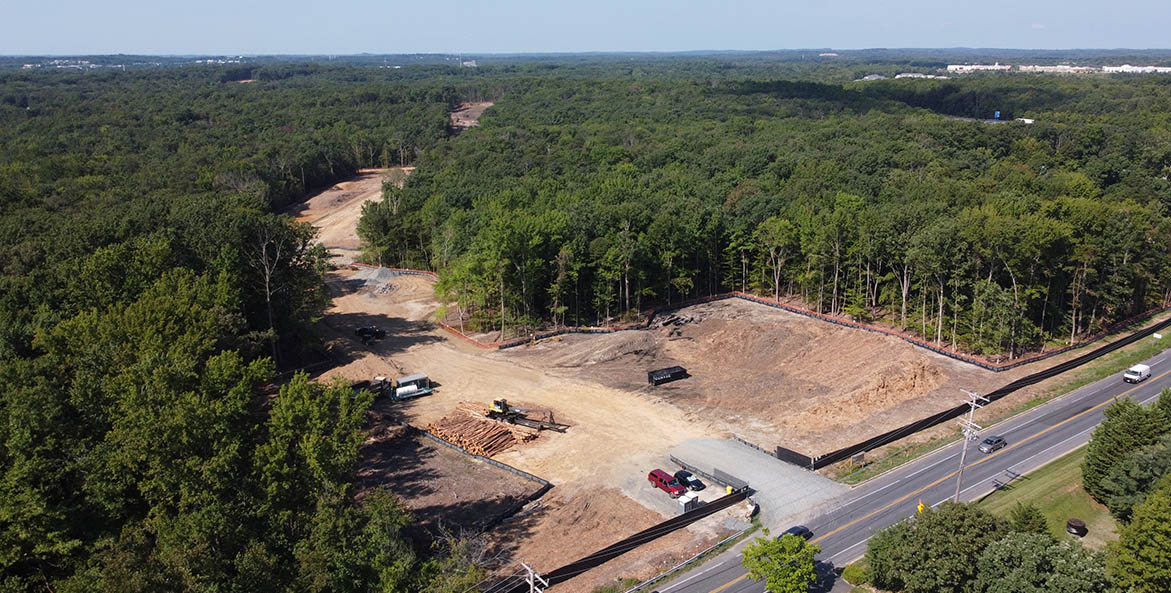 The ruling prevents the companies overseeing the project—Harford Investors LLP and BTC III I-95 Logistics Center LLC—from continuing to clear the forested land at the 300-acre site, which is one of Harford County’s largest contiguous forest tracts. The ruling, effective immediately, stops the deforestation for up to 35 days or until the court rules on CBF’s request for a preliminary injunction.

CBF filed the second request for the restraining order and injunction Monday on behalf of five Maryland citizens after the Maryland Court of Appeals ruled in favor of CBF last month. The court ruled that citizens can contest construction projects’ approved Forest Conservation Plans even if the overall project plans have not been approved.

That ruling granted CBF the right to a court hearing to determine whether the company and Harford County followed the state’s Forest Conservation Act. CBF maintains that the warehouse construction project’s Forest Conservation Plan was erroneously approved by Harford County and the plan fails to meet the law’s requirements to preserve contiguous forest and large specimen trees.

The company intends to clear 219 acres of the approximately 300 acres of forest at the site as well as 49 specimen trees. Some of the forest and specimen trees have already been cleared by the company.
CBF was unsuccessful in its first request for a restraining order and injunction to stop the tree clearing in August while the Court of Appeals case was still pending.

In the restraining order and injunction request, CBF included written testimony from Matthew Baker, a geography and environmental systems professor at University of Maryland, Baltimore County, who detailed how the public would be irreparably harmed by continued tree clearing at this site. Baker wrote that clearing this rare and large forest in Harford County “will destroy the contiguity of the woodland with its substantial and diverse interior habitats”, will adversely affect water quality, and “does not comport with the public interest” given the public health benefits of forested land.

“We're pleased with the decision. This restraining order will ensure that should CBF receive an injunction and win this case on the merits that there will still be trees to protect. Some of the trees in Abingdon Woods took more than 80 years to grow to the size they are now. These trees—especially the large ones—filter air and water, lessen impacts of climate change by sequestering carbon, and provide habitat for animals. Forested land is a public resource that is protected by state law. Ensuring that the law was followed before more trees are cleared should be the minimum requirement before this project can proceed.”