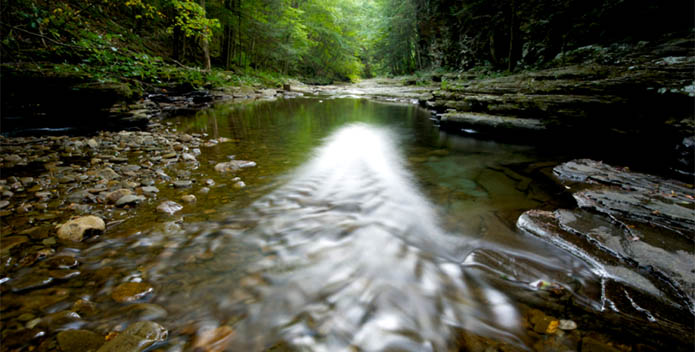 It is labeled as the "Chesapeake Bay Program," but it means clean water for Pennsylvania. That's why we're alarmed by the proposed federal budget that would eliminate all funding for this critical program.

Though the Chesapeake Bay Foundation's budget is not at stake, we're concerned about the fate of EPA's Chesapeake Bay Program because it plays an important role in coordinating and sustaining the federal/state partnership to restore the Bay and its rivers and streams. Most of the Bay Program's $73 million budget is distributed as grants to the Commonwealth and other states and Washington, D.C. to develop and implement pollution-reduction plans.

But where exactly does the money go and how does it support clean water? In Pennsylvania, Bay Program support goes to state and county agencies and nonprofits to help farmers and municipalities in designing and installing measures to cut down on polluted runoff. Bay Program money also provides fundamental support for water quality monitoring of rivers and streams feeding the Bay.

If this money is lost, projects likes these could be at stake:

Those efforts are paying off. Monitoring of water quality shows pollution is going down. The Bay and its rivers are streams are the cleanest they've been in decades.

But the proposed federal budget threatens to derail this success. The crippling effect that eliminating the Bay Program would have on pollution-reduction efforts in Pennsylvania is unacceptable and cannot be allowed to happen.

We urge you to make it loud and clear to Congress that clean water counts in Pennsylvania. Join more than 25,000 concerned CBF members, and sign our petition urging Congress to keep the Chesapeake Bay Program fully funded. If you've already done so—great! Please go one step further and call your members of Congress to let them know how important it is to fully fund the Bay Program. Click here to find phone numbers.

Pennsylvanians are already standing up for clean water. Actions like this are so important because losing significant investments from the Chesapeake Bay Program couldn't come at a worse time for Pennsylvania. While our rivers and streams are cleaner, the progress is tenuous, and the Commonwealth is facing significant state budget shortfalls.

But clean water is good for Pennsylvania's economy. A 2014 economic analysis found that fully implementing the Chesapeake Clean Water Blueprint would increase the value of the Commonwealth's natural benefits by $6.2 billion a year.

Roughly 19,000 miles of Pennsylvania rivers and streams are fouled by pollution. Without critical support from the Chesapeake Bay Program, progress will be reversed. Our economy, our health, and our quality of life will suffer.

It isn't too late. As Congress considers the proposed federal budget, speak up for clean water in Pennsylvania and demand that the Chesapeake Bay Program be fully funded!

To say that now is the Chesapeake Bay's moment in time has never been more true. Take action right now to urge Congress to reject the proposed federal budget and protect our Bay and rivers and streams.