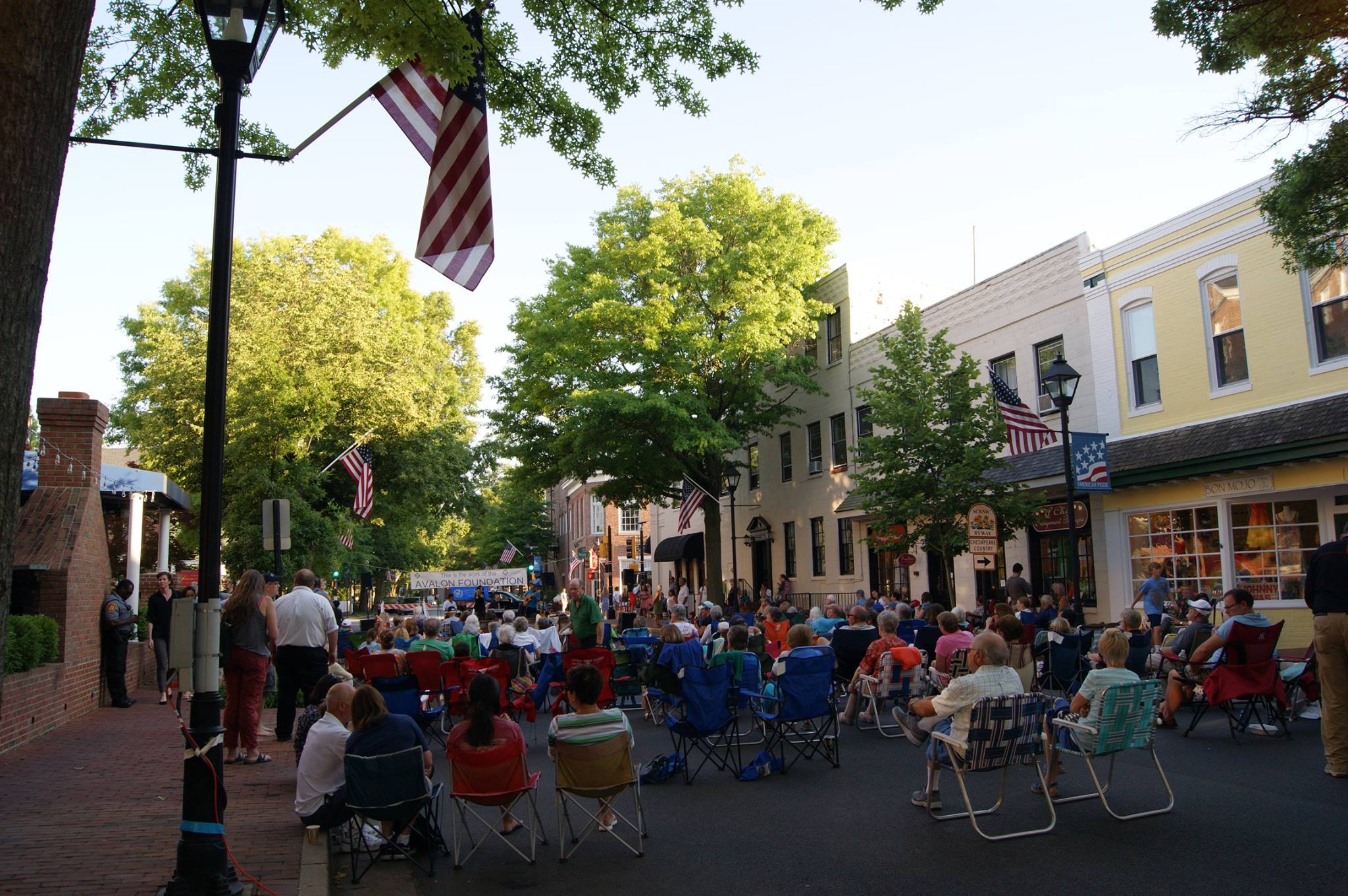 The crowd at the first concert in 2017's Clean Water Concert Series on Maryland's Eastern Shore.

The following first appeared in the Chestertown Spy.

As the first official day of summer arrives, so do the final two Clean Water Concert Series performances.

Sponsored by the Chesapeake Bay Foundation (CBF) and the Avalon Foundation, Harrison Street between Dover and Goldsborough will be blocked off again on June 24 and July 8 from 6:00-8:30 p.m. for this free summertime tradition on the Shore. You won’t want to miss this year’s line-up:

Saturday, July 8: The XPD’s
A D.C. area favorite, the XPD’s groove to Motown, R&B, and funk tunes that get people dancing.

Now in its fifth year, the Clean Water Concert Series has gotten off to a fantastic start. People from around the Shore came out on June 3 to enjoy the first show! The Spanish and Portuguese songs of Cantaré, a Latin American group from Washington, D.C., drew in people from a variety of cultures and backgrounds. An estimated 1,500 attendees danced, enjoyed the music from a comfortable lawn chair, or caught the up-beat melodies while visiting the exhibitor tables.

More than a dozen community organizations staffed the family-friendly exhibits to educate people about the environment, and to celebrate the progress being made toward clean and healthy waterways on the Shore. Each organization offered an interactive and family-friendly activity that had something for everyone. Side-walk chalk drawings of Chesapeake Bay critters and drips of delicious Nice Farms Creamery ice cream covered the street by the end of the night.

All concerts are free and open to the public. The wide variety of environmental and community exhibits staffed by experts will be on display for children and adults to enjoy. CBF and the Avalon Foundation are pleased to host this opportunity to learn more about the Bay and how you can be a part of the movement to restore it.

The concert series promotes community awareness about the Chesapeake Clean Water Blueprint, a multi-state, science-based plan to restore the Chesapeake Bay and its rivers and streams.