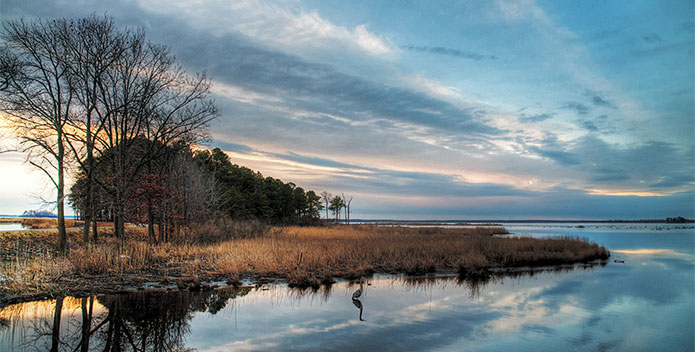 The following first appeared in, The Baltimore Sun.

At EPA, the report was immediately made public, and its findings sparked anger and concern; what many suspected was now unavoidable. It made clear the Bay was in serious trouble by every measure: dissolved oxygen, aquatic grasses, harvests of crabs, oysters, and striped bass, beach closures.

So drastic was the evidence that two and a half months later a three-day conference was convened by the governors of Maryland, Virginia, and Pennsylvania, the mayor of Washington, D.C., the Chesapeake Bay Commission, and the Environmental Protection Agency. Over 700 residents of states around the bay attended.

The result was the first Chesapeake Bay Agreement that put in place the structure and process, under the direction of the newly-established Chesapeake Bay Program led by the EPA, to begin concerted action to restore the Chesapeake Bay.

One month later, in his State of the Union address, President Reagan announced a big increase in the EPA budget, including a special allocation for the Chesapeake Bay.

"We will begin the long, necessary effort to clean-up a productive recreational area," the president said, "and a special national resource—the Chesapeake Bay."

So began a clean-up process that has been continuously revised and strengthened based on the best science. It is still underway today.

If it were easy, we would have been done years ago. It took decades of indifference and abuse to get the Bay in such bad shape; it was not going to be restored to health overnight. Such a clean-up requires continuity of financial and political support, and an engaged public that doesn't lose interest.

The Chesapeake Bay is lucky to have had all of these.

The Chesapeake Bay Foundation is widely credited with the innovative communication and educational programs in every state in the watershed that has kept the pressure on local, state, and federal officials for almost 35 years.

Today, with a few setbacks, and two important legal victories, the Bay is well on its way to meeting the 2025 pollution reduction goals endorsed by all of the affected states and federal agencies. Striped bass are back in abundance; oyster and crab catches are improving; submerged grasses and oxygen levels have improved measurably. And the Bay is simply clearer, a scientifically valid indicator of good health.

Critical to this continuing progress has been a coordinated state and federal strategy underpinned by the two most important foundations of our environmental legal framework: the Clean Water Act and the Clean Air Act. (Yes, airborne pollutants do cause harm to the Chesapeake.) Those statutes have provided EPA with the authority and the muscle to bring us where the Bay is today.

But all of this is threatened by the Trump administration's EPA. The president's proposed budget eliminated all funding for the Bay Program. Other air and water initiatives are also under attack. Scientific research to support these efforts is also being cut. The administration seems bent on weakening these basic laws through a strategy of reduced enforcement and diminished resources.

Under the guise of delegating more authority to the states under a "back-to-basics" initiative, EPA, with budget and staff cuts across the agency, is guaranteeing that the health and environment gains we have made are now in jeopardy.

The House of Representatives has recently restored some of the funding for the Bay Program in their budget deliberations. Ironically, however, members severely curtailed the authority of EPA when they passed an amendment to prohibit the agency from enforcing the pollution reduction goals. That simply makes no sense.

The Chesapeake Bay Program was the first comprehensive, waterbody-based effort for the EPA, and it has become a model for similar efforts to improve equally important waters elsewhere in the country: Puget Sound, Long Island Sound, San Francisco Bay, and others. Some of these programs are also targeted for major cuts under the Trump budget. The tragedy is that in almost every case, real progress is being made—hard-won progress that will be simply lost if such programs are gutted.

EPA was created largely because of the public outcry for government to do something about the polluted environment; the public demanded action, and they got it. That's how the system is supposed to work. Now that we are realizing the results of that action, why would we want to stop?

William Ruckleshaus (bill@madrona.com) served as the first administrator of the EPA, serving under President Nixon. Will Baker (wbaker@cbf.org) is the President of the Chesapeake Bay Foundation.