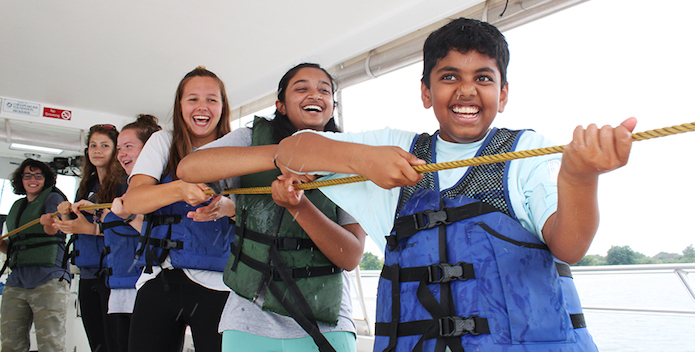 CBF student leaders headed to the nation’s capital to explore the connections between federal policy and water quality.

Jorge Bogantes gripped a three-inch alewife floater mussel with calipers and held it aloft for inspection. Not long ago, it was a microscopic larva resembling a "Pacman with teeth," he said. Now, it is part of a macro-level effort to remedy a century of degradation in the river and the downstream waters of the Chesapeake Bay. 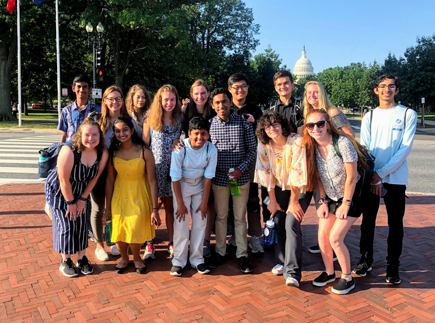 To the fifteen CBF student leaders gathered on the shore of the Anacostia River, the bivalve also served as a tangible introduction to the abstract world of water policy. Bogantes and his colleagues at the Anacostia Watershed Society are growing more than 9,000 freshwater mussels as part of ongoing efforts to improve the river’s health.

The students spent five days on a CBF Student Leadership Masterclass this summer exploring how federal policy can influence water quality and shape communities. They traveled from the halls of the Capitol to the bowels of the cutting-edge Blue Plains Wastewater Treatment Plant; spoke with lawmakers and engineers; and wielded calipers and seine nets. The takeaway? With water issues, everything is connected.

"A lot of people, when they think of environmental restoration, it’s always about the physical cleanup, or the 'let's not use plastic' aspect of it," said Athena Verghis, a rising senior at Mariotts Ridge High School in Howard County, Maryland. "But there is a huge part of legislation that goes into how we treat our environment and how we save what we have." 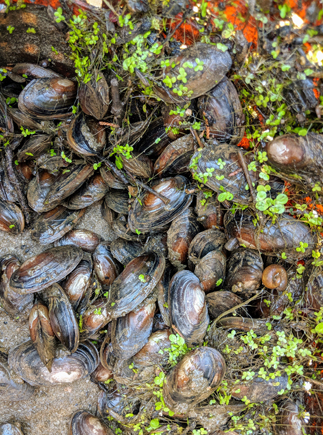 The Anacostia is a case in point. Dredging to straighten and deepen the river channel in the early 20th century buried a large portion of the wetlands that once filtered its water. Industrial and urban development further degraded water quality, and freshwater mussel populations dwindled. Until recently, many deemed the river dead.

"Not even a generation before us, people thought it would never be restored," Verghis said. "Today we were canoeing on it, which was really cool. Seeing the small efforts of small groups in different areas coming together was really inspiring. It shows that regardless of where we start, there is always room to grow."

The river’s ongoing revival has a lot to do with the federal Clean Water Act and the Clean Water Blueprint to clean up the Chesapeake Bay. The Blueprint requires the six states that share the Bay and the District of Columbia to significantly cut nitrogen, phosphorus, and sediment pollution in the Bay and its tributaries—including the Anacostia.

One of the biggest successes so far has been the effort to reduce pollution from wastewater treatment plants across the Bay watershed. The Blue Plains plant, which serves D.C. and surrounding communities, is now the largest advanced treatment plant in the world.

The wastewater plant, however, is just one piece. Balancing the needs of a growing metropolitan region with environmental restoration goals is a collaborative process. 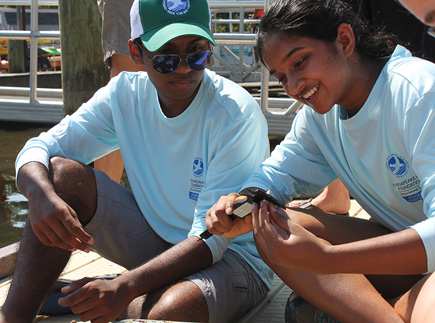 "It was heartwarming to see all of the different companies that were working so hard to clean up the [Anacostia] River and make it a safe river for the communities that live around it," said Lauren Braught, a rising junior at Cumberland Valley High School in Mechanicsburg, Pennsylvania. "And also how they are trying to make it affordable for them to live there so they don’t have to move once the river is clean."