Yes, Clean Water Can Be Costly for Farmers in the Chesapeake Bay Watershed but There’s an Answer for That 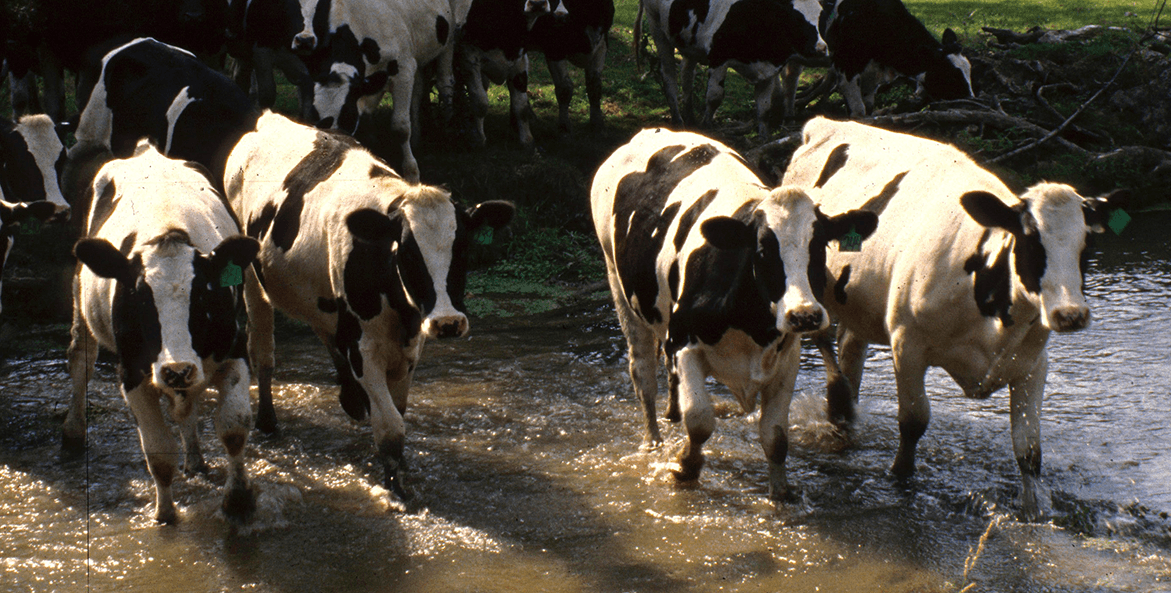 When cattle are allowed to wade in streams they trample streambanks, creating erosion and muddy water, and their feces contaminate downstream waters. Protecting streams with fencing improves both water quality and herd health.

This opinion piece originally ran in The Baltimore Sun.

Kudos to The Baltimore Sun for its article, “These Pennsylvania farmers say they do try to stem Chesapeake Bay pollution - and that it’s expensive” (Feb. 7), that examined the state’s agricultural water pollution issues and the struggle some farmers face in addressing fertilizer or manure-laden runoff from their farms.

It’s true that environmental farm upgrades such as manure storage facilities, livestock fencing along streams and forest buffers can be a burden for farmers to install. That’s why the Chesapeake Bay Foundation and other environmental organizations that work on the ground with farmers have advocated for government assistance to help fund these upgrades.

Unlike Pennsylvania, Maryland has a robust program to share costs with farmers. About 40% of Maryland’s Bay Restoration Fund — about $11 million per year — is used to help farmers plant cover crops. Taxpayers support the Bay Restoration Fund through a $5 monthly fee on their sewer bills. Maryland’s program has helped the state lead the nation in the percentage of crop land that uses cover crops each year, according to the U.S. Department of Agriculture. Maryland manages its support for cover crops and other agricultural environmental upgrades such as restoring wetlands, planting forest buffers, and adding grass pastures to graze livestock through the state’s agriculture cost share program.

If Pennsylvania lawmakers created a similar cost sharing program for these agricultural upgrades, they could accelerate progress toward their 2025 Chesapeake Clean Water Blueprint pollution reduction goals.

However, Maryland’s cover crop progress doesn’t mean the state’s efforts in the agricultural sector are complete. From 2010 to 2018, the state reduced nitrogen pollution from farms by 1.6 million pounds, but it will need to reduce an additional 4.6 million pounds of the bay nutrient pollutant to meet 2025 goals for the agriculture sector.

To reach the goals, Maryland should invest more in long-term filtering practices. In this year’s General Assembly, there’s legislation to do just that. The measure, Senate Bill 597 and House Bill 687, aims to make it easier for farmers to install new forest buffers along a river, restore wetlands, or turn crop land into pasture for rotational grazing, among other benefits. These practices have a proven ability to filter water, reduce nitrogen pollution and improve soil health. The state has already set the standard in cover crops. Now, state leaders should look to do the same by expanding regenerative agriculture practices that filter water and build healthy soil by approving this legislation.